Well after a very long long long long cold and snowy winter it has finally packed up it's bags and headed the heck out. I have been anxiously awaiting this day to come and it seemed like an eternity but it did eventually come together. The last week we had some nice warm temperatures and I was checking conditions constantly as to tread lightly on our dirt trails. It was friday and I decided I was going to hit the trail for a 9am start the next morning. So I got the tires all pumped up, checked over the bike entirely only to find the gash in my rear tire starting to bulge further from last season but don't worry it's replacement is here and going on. Got the bag packed up and told Bentley tomorrow will be hitting the trail. Saturday morning finally came and I could not be more excited to get out the door. Got to the trailhead and got the gear on and got pandora going on Led zeppelin channel. Air had a small chill and wind was blowing steady but the trails were dry. I reached the ridge and started riding on the blue trail, ear to ear smiles were to be had. It felt so good to be on the trail again! Surprisingly I had it mostly to myself besides two other bikers. When I came upon one masked robber I questioned myself as to why all the winter gear since I was in a T-shirt and shorts, whatever I guess he is cold..... I came upon a few obstacles that I conquered which made me feel good at nailing it on the first shot. Legs felt strong and I still fell short on two difficult climbs for my single speed but that's ok I got time. I had a feeling that I might encounter some stuff on my ride but it was 99% great shape! Only two small areas of mud was found and was easily avoided. Bentley had no trouble crossing the flowing stream the first time but on the second time heading back he paused and turned around looking for his humans help. Usually he treks right through it but the water was flowing and he was nervous. I eventually put more distance between him and me and he saw me disappearing while I watched and sure enough he tore right through that river as I smiled and he caught right up to me. All in all it was a great morning. I can't wait to get back out there and do it again hopefully tomorrow morning! 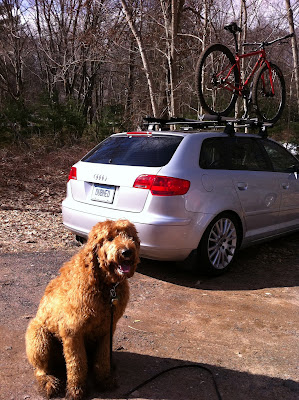 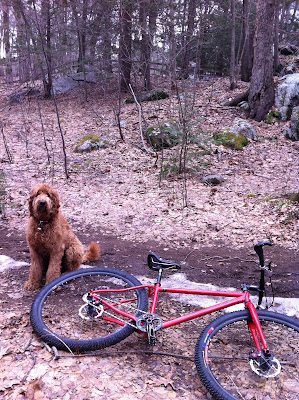 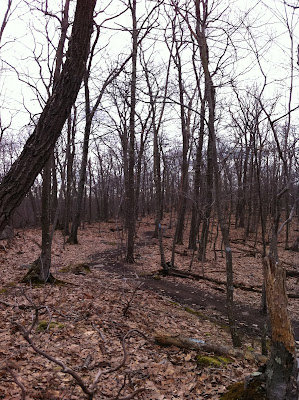 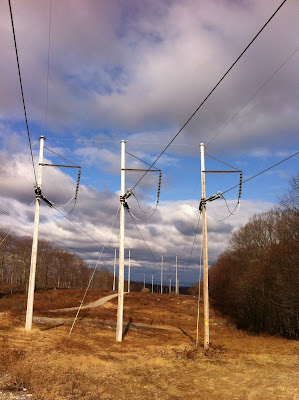 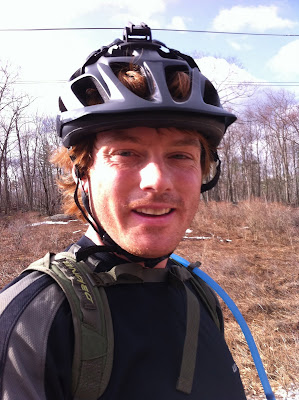 Posted by TheBIkePedalingGinger at 1:09 PM