Thursday night group ride was on at Hale, with walking Al's trail I was wondering how good it was out there, turns out it was way more clear of snow than I was expecting. The group was still gathering as I arrived and I knew it would be a little before they would start, so I headed of on a warm up ride and I guess I got carried away cause they were gone when I came back. So I set off on the path I expected them to be headed on. I was not really sweating it cause 90% of the time I want to ride solo and prefer it so I rode with the idea of maybe catching up to them but did not need them since it is getting darker later now. Trail was bad in the wet sections, tons of people have already been riding this week and last week probably, it was sad to see the trail damaged from knuckleheads going around the mud to avoid it despite how easy it was to ride through the middle of it. Where the trail was dry it was perfect and in very good shape. It took about 30 minutes or so before I got my first glimpse of the group, I was going down hill and they were on the uphill still a ways in front of me. I opted out of all shortcuts to join them and made myself work for it to catch them. By the time I did, I could barely keep up with them. The group was in good shape and I just could not hang in the last mile, by the time I got my lights on I could see the scattered lights and eventually it was just me and my dog in the woods. Sucked being so far behind but oh well, I did eventually find them at the cars. First real ride of the year and cranked a good 9.9 miles and felt every mile of it. Great stuff! 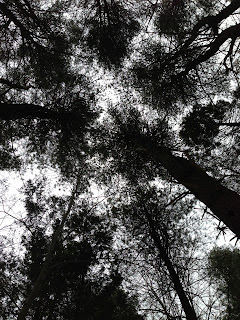 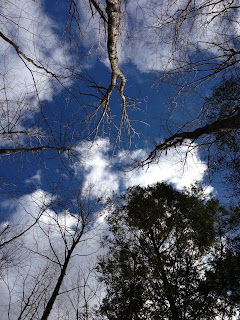 
EveryTrail - Find the best Hiking in Connecticut
Posted by TheBIkePedalingGinger at 7:59 AM