Fantastic Ride yesterday! I made my first trip to Cockapoinset Forest. This place is massive with 100 miles of trails so I with some research navigated my way very thoroughly with marked trails and a trail map on my phone. I have wanted to get down to this place for the last year or so, heard and read good things. Had to drop some boat show issues to a dealer in Essex which is just 10 miles south of where I wanted to ride. With a good start in daylight I got cranking and already found myself checking my phone for location, I am so torn between enjoying getting lost and exploring or putting together an organized route and viewing my phone constantly. Lately I have opted for the organized route since I like to put miles down and not feel lost. So with that said I began up a very nice road to another fire road and found single track soon after on the blue blazed trail. Continued to blue red and saw some other options but I stuck close to the reservoir, it was a picturesque site as I steamed though pretty varied terrain of rocks and roots and smooth stuff in between. Not much work had been done, since I had been coasting pretty much downhill so far. I took blue red all the way out to a main road where I then got on blue and back in the direction of the reservoir but building a loop. Then to red where I saw some MTB tracks and it was narrow and traversing and had hopes for some cool trail but it ended in a few miles of dirt road. The dirt road was welcomed since it was easy pedaling and with the cool breeze and the end of a great day I was really enjoying it out there. Then onto some more rugged road and onto blue again where I got a chance to rip some smooth awesome trail. I continued on blue across the intersecting roads and then the trail got really awesome. It was twisty, tight, rocky and smooth with plenty variation. I was over the 2 hour mark now and was really pedaling. I passed orange and really wanted to see what it had to offer but I was short on time so I responded by taking blue red. Another great trail, but with lack of gears I found myself pushing the bike up steep but make able climbs. Leveled off and took in the scenery before I ended up back on the road and then down to the car. Loved this place, was very convenient being able to follow blazed trails, not use to that. I hope to get back soon to do more riding here, there is so so so much more! 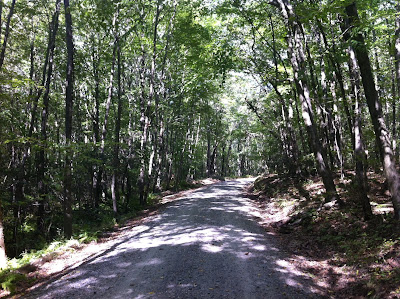 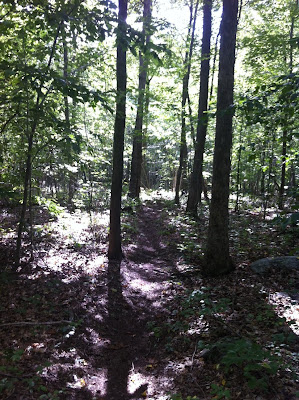 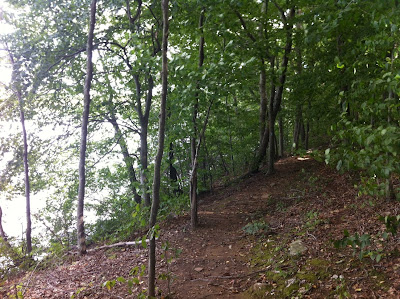 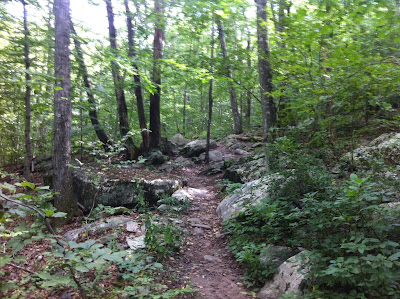 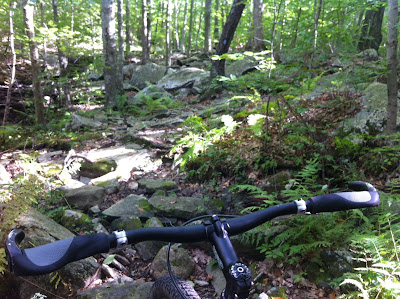 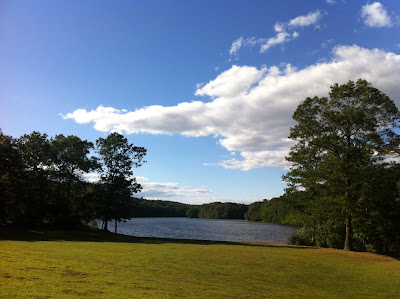 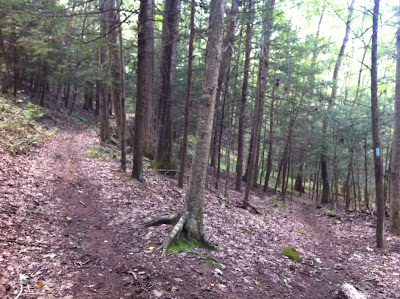 
EveryTrail - Find the best Hiking in Connecticut
Posted by TheBIkePedalingGinger at 9:54 AM