After letting things dry up from a wet beginning to the week it was time for some dirt. I managed to get out of the house by 5:25 and was on trail by 5:40. I was really stoked to ride as usual and fueled it well the entire ride. I decided to do something different today and took the old way over to the reservoir. I have a lot of memories on that route, mostly it is ridden in the other direction but still the stream crossings and remembering the days of my lack of fitness but plenty of mighty fine rides. I went up the hillside and made my way out to John's downhill. I took a pic as i saw the reservoir from above which was a pretty sight and then dropped into the Dh where I actually got to put my Zee brakes to work. Still not that impressed by them really but they do work good. Then I made my way to climb up the Tinti trail and then Shank juice, always longer and more brutal than I remember and I was riding in the easy direction! Then climb up the ol fern trail I believe and then down Graveyard. Another new trail that I learned to ride in a different direction to ease suffering and more fun factor. This trail loop I had going was panning out to be a spectacular idea of mine. Only problem was I misjudged by time, I am usually very good at negotiating time but Graveyard was way longer than I remember. As I began to climb smookie I hit the light and rode into darkness. Caught a really beautiful view of the city with a glowing backdrop, but I was in a hurry to get down the hill so it was short lived. The last bit of Dh I was losing air in my tire, SAY WHAAAAAT tublesss problems after 15 rides? I guess they are not foolproof after all, I was hoping to not have an issue this soon in my tubeless career. I limped home on a barely ride able tire but did make it to the care before completely deflating. That was a mega solid ride, I never wanted to stop riding after 2.5 hrs but it has to end sometime right. Getting home I found air leaking thru a spoke, must be a hole in the rim tape, how the heck did I do that? 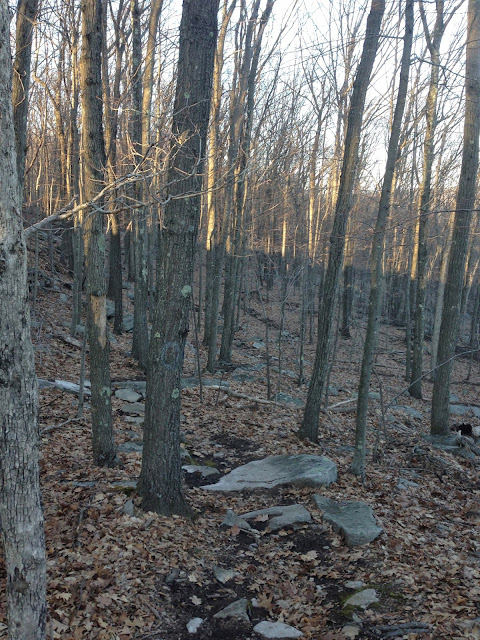 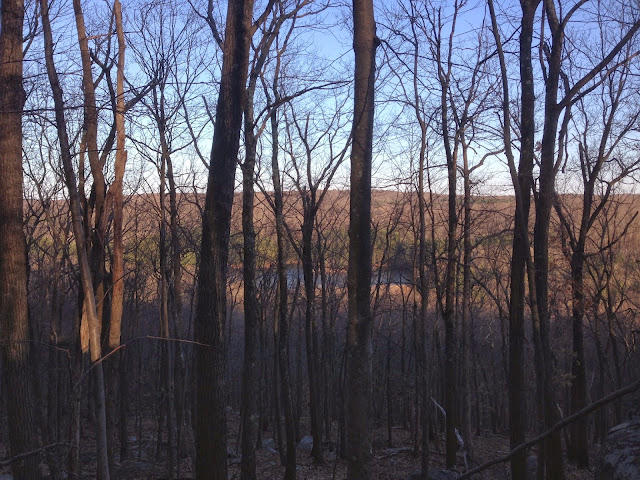 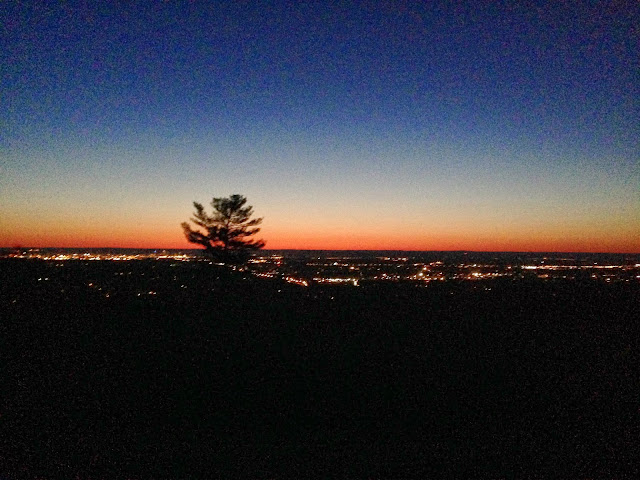 
EveryTrail - Find the best Hiking in Connecticut
Posted by TheBIkePedalingGinger at 6:35 AM