Monday was the day

Off on a ride during the daylight, man I am a lucky man. We got snow on Staurday which put 9 inches in the mountains and a coating at my house. Corner Canyon trails looked like they had snow but also looked very ridable. Pedaling up the the shoreline trail I hit snow, politely off the trail I might add. I was on a mission to get a run down the Maple Hollow DH rail. Riding Shoreline the sun was warming my bones but it was still a chilly 34f out at 2pm. Each turn brought frozen trail as I climbed up the mountain. Once I hit Maple Hollow I hit snow, it was just a tiny layer and made climbing just fine. As I got higher I had to put a foot down but made it to the summit with pretty much no problem. Dropping into the DH trail it felt so good, I was kicking myself for not riding it more. Lots of air time and just a really good feeling rip down the trail, I must make it back before the snow comes for at least one more. After that as done it was a ride u Potato hill and snapped a pic of some deer chewing agasint the city back drop. I regret zooming in since the new iPhone 6 made it obvious its not a good zoomer. I felt like I could of rode for hours after that adrenaline run down Maple DH, but I had to get home to my duties. The snow will melt but this week and more is on the way for this weekend, could this be my last week riding I just don't know yet. 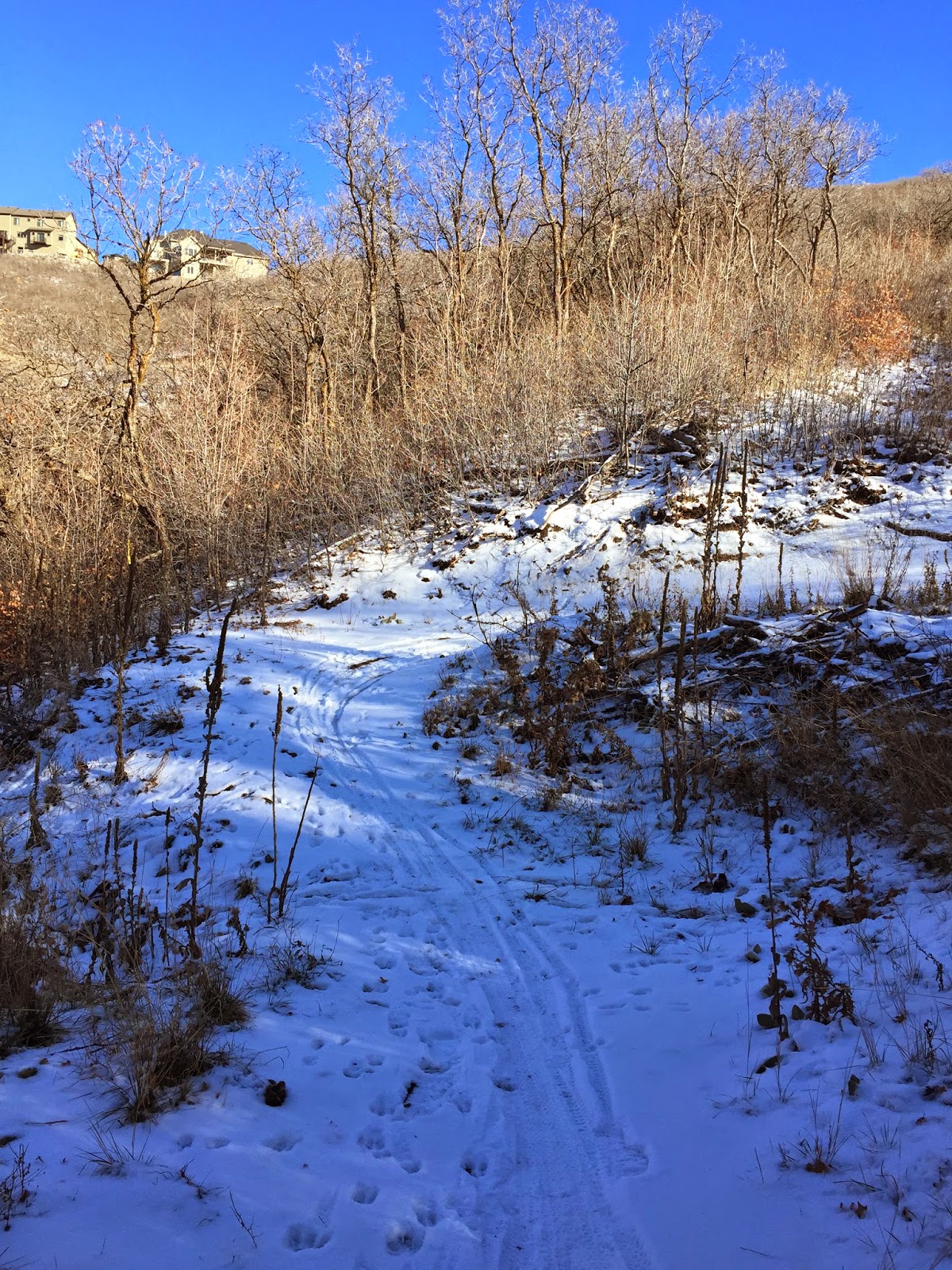 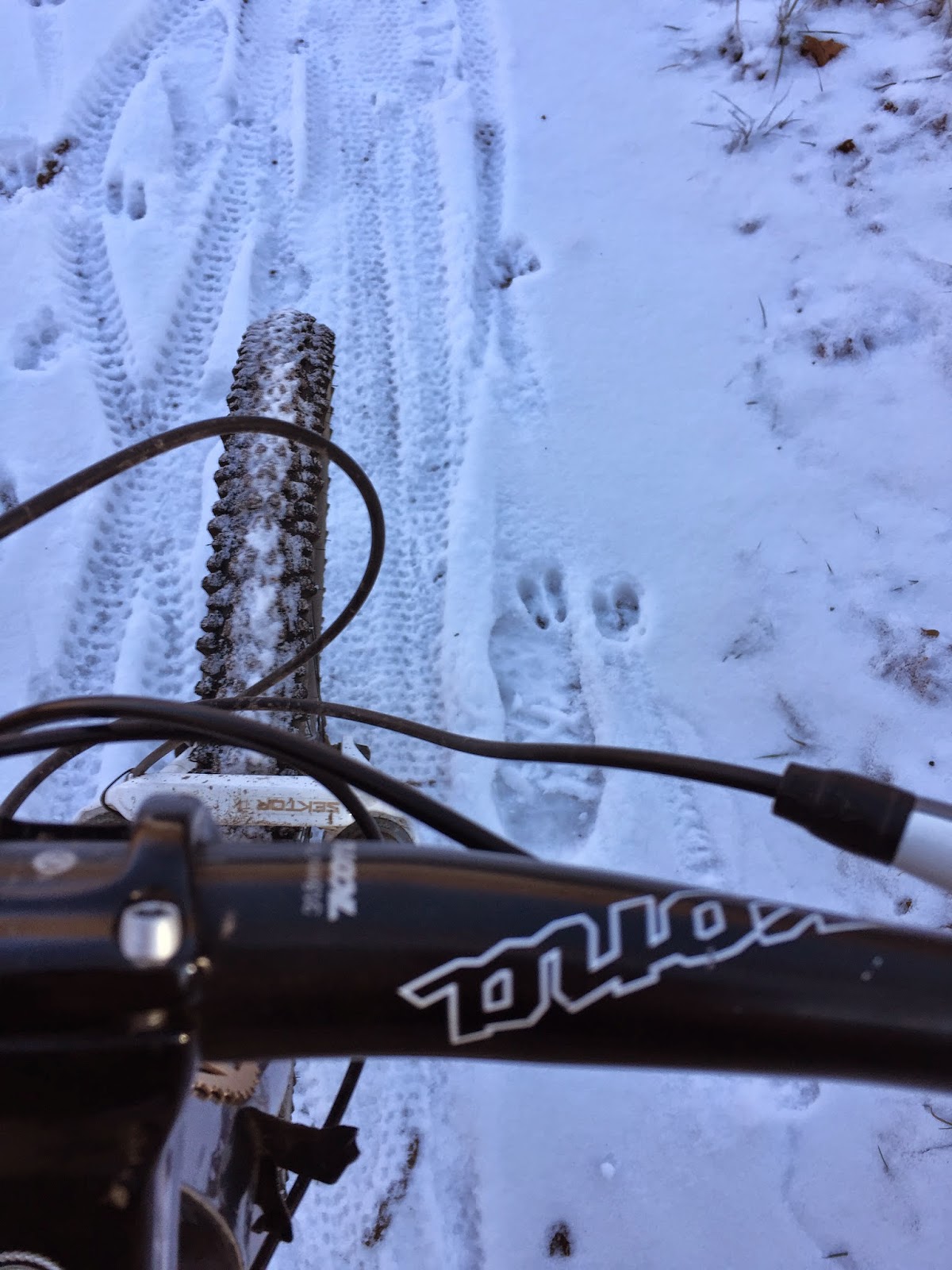 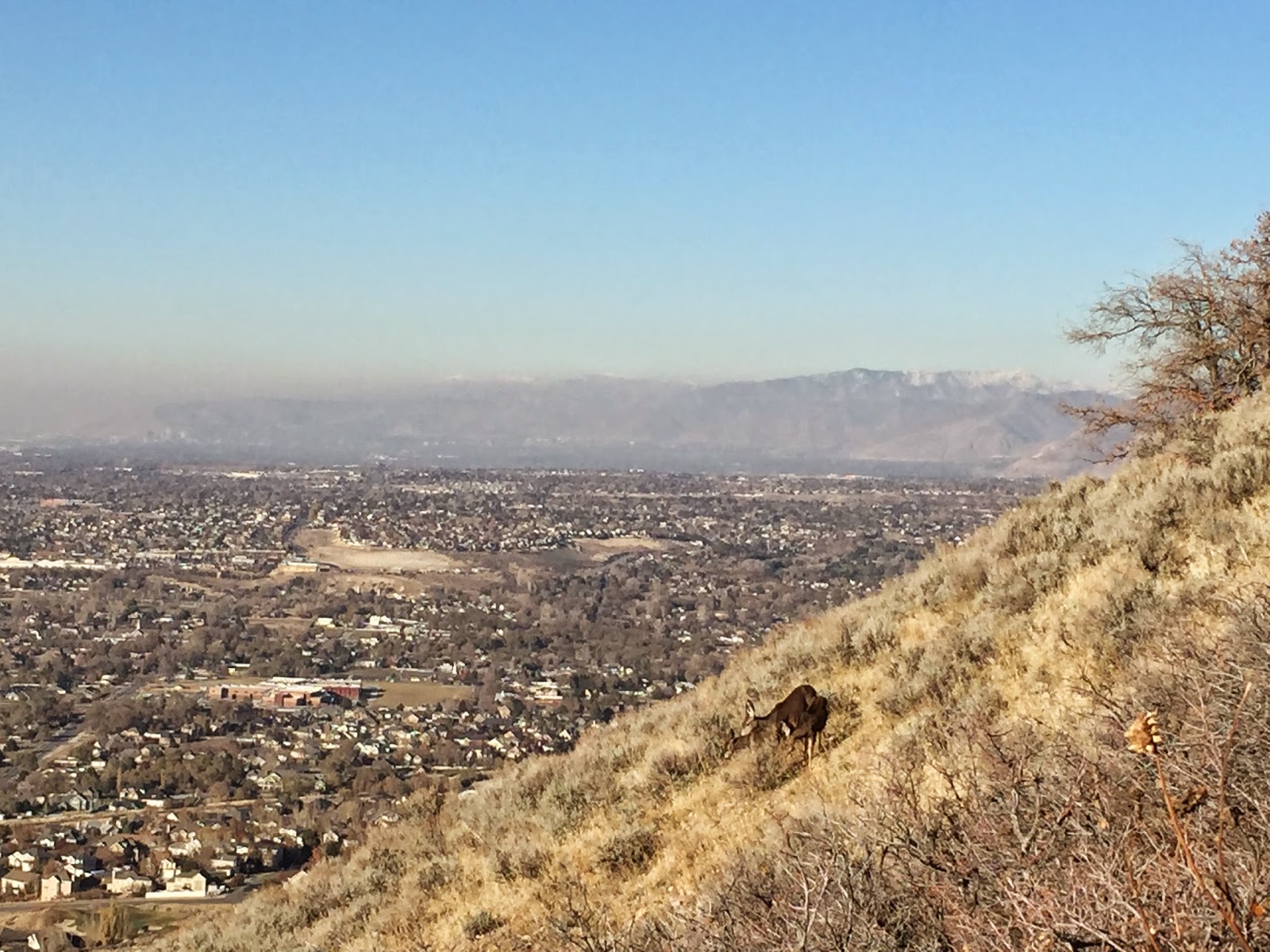