After 12 days off the bike I was ready to get out more than ever. We got some rain Monday that passed through and then the sun came out and then went back to overcast. I put the boy down to rest at 7:00 and I was out the door a minute later on the SS. The trail across the street is all grown in and I could hardly stay on track so I will be trying to break it back on this week. It was moist and gloomy in the start but that changed a little later when the golden hour approached and got a glimpse of some bright sun that warmed by soul. It was pretty cool compared to the day before but was still a sweat fest. It looks like Al's trail is still alive and well, I rode it in the together direction and found the taped off trail still up. Continued on with a hunt for speed and flat terrain. I must say I did make some good choices cause it was fast and minimal work. It felt so sooooo good to be riding, as usual but this time a little more special since it was a good amount of time since last ride. The drive train is still has some slack, must be down to the cog, cassette or crank now after replacing chain and front chain ring. Solid ride that put me home just before dark, today is gorgeous but with scouts I have no time to ride so let's give it another go Wednesday night. 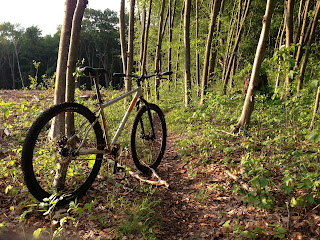 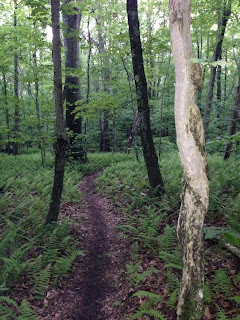 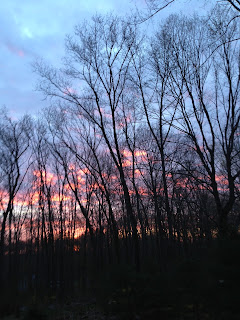 
EveryTrail - Find the best Hiking in Connecticut
Posted by TheBIkePedalingGinger at 12:03 PM