I missed my alarm, in my sleepiness I totally shut it off and went right back to bed. I awoke at 5:30 and popped up and realized I needed to get out and ride, I headed for the car and was trying to figure out where to go. I was planned for Park City but I didn't have to time to do a good ride so I was scratching my head as I headed for the freeway. The clouds were low, moisture was nearby, my radar showed rain just 20 minutes away. I headed north, found myself heading for Mueller. It has been a long time since I rode there and decided it was time to give it a shot since it has been many years. As light broke at 6:15 I was on trail enjoying a cool nice morning riding my bike. There were a few on the trail including hikers and bikers. I passed all with ease as I pedaled I realized how plush this trail was, very smooth, very wide, very comfortable grade. I was welcoming the trail with open arms as I leisurely climbed up to Rudy's flat. The scenery was absolutely awesome, it grew more and more lush and then aspens began to pop up and then awesome views. Why have I not done this sooner! Once I reached Rudy's I stormed down North Canyon, a blast as it was all downhill. Then I looped back and climbed back up Muehler for more miles since I had time to get 20 miles in. What a blast this ride was, a good mellow one 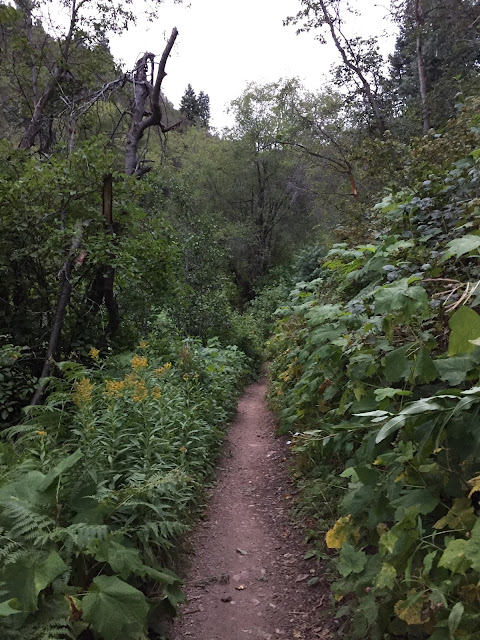 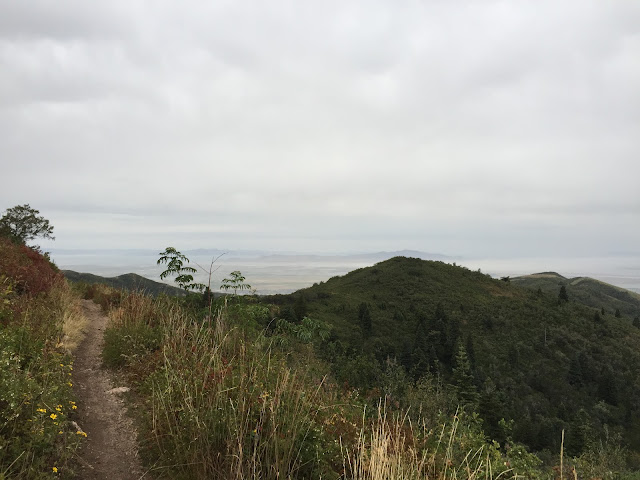 Posted by TheBIkePedalingGinger at 12:21 AM