Found out just two weeks ago that LuAnn got a interview with the Medical School she applied to in Phoenix! So excited for her, we had to go down there for 2 days to participate with a select few to receive interview and campus information. So Knowing that there are tons of rides down there I got excited when she was cool with me getting a ride in while I was not needed. Looking at the maps of ride locations and information online, it turns out Arizona is a massively popular place to ride. I was looking very forward to riding out there, the though of new terrain had me foaming at the mouth.
It was a long drive down there but we did arrive and on Friday I got out on my ride. I dropped LuAnn off for her interview and I was on the Desert Classic trail at South Mountain. It was so hot, Arizona is insane in the summer, temperature was set for be 115F by the afternoon and I had plenty hydration and electrolytes to get me through the morning I hoped, or the desert would feast on my remains had I been under prepared. Desert Classic was nice and calm, just what I needed on a 95F morning.
The air was dry, it sucked all the moisture right out of me as I began to pour sweat on a very non strenuous trail. The trail was a speedy mellow spin through cactus and a nice change of scenery. I did 9 miles and headed for water a trailhead. I barely got any out of it since it was struggling to pump out of the ground. A few sips and I was on my way headed for a hike a bike up telegraph pass to reach National Trail. I rode to it and then began a slow steady hike up. The sweat poured form my helmet every effort, my eyes blurry from the sunscreen sweat combo was unpleasant but mandatory. My heart was thru the roof as I was beat up more than I normally would I am guessing due to the heat. Maybe a 15 minute hike and I made the saddle, phew, maybe I could pedal from here.
I was wrong, the trail was steep, it had huge rock slabs, I could pedal sometimes for 50 feet only to be denied around a corner. This went on for almost an hour as I climbed higher and higher. It was surely frustrating but I was still having fun and having a but of an adventure.
I did eventually hit the popular section of National and it was as good as I had hoped, a lot like Moab but laced with massive cactus. It was a really fun and I enjoyed the challenges it provided. By the end I had planned for more miles but the heat won and I took an easy cruise to the car and loooooooved the air conditioning! 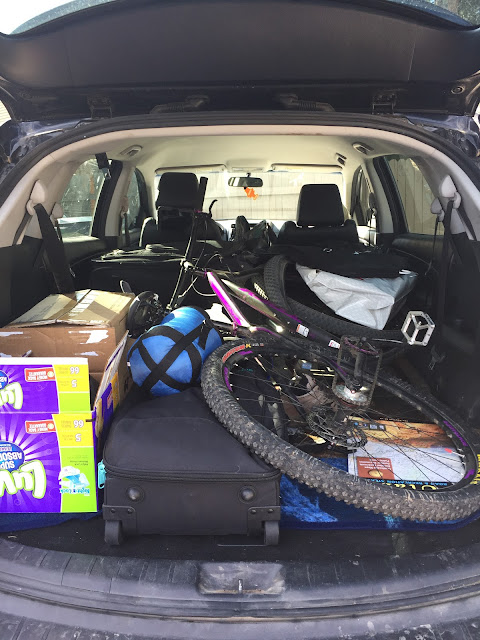 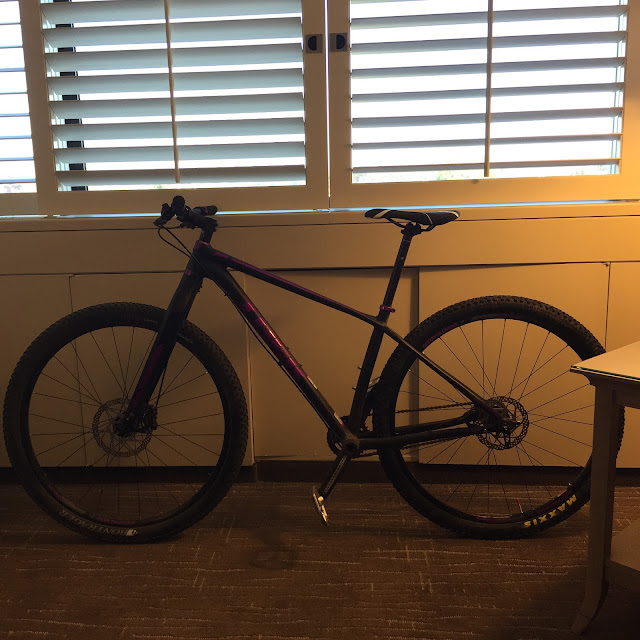 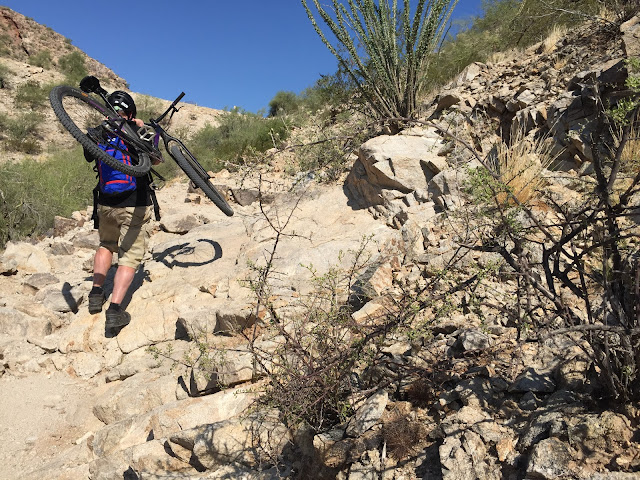 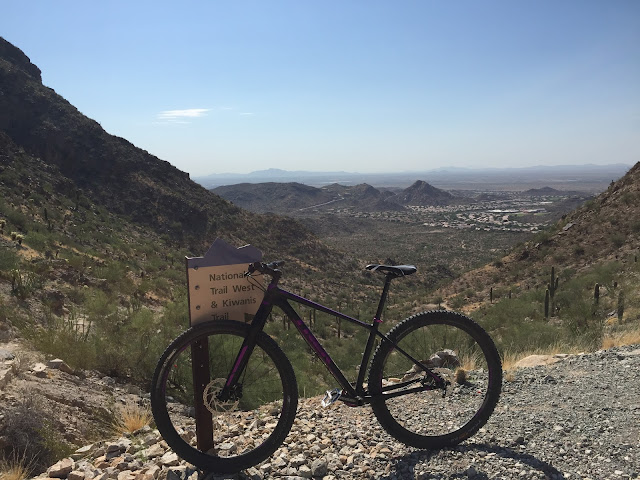 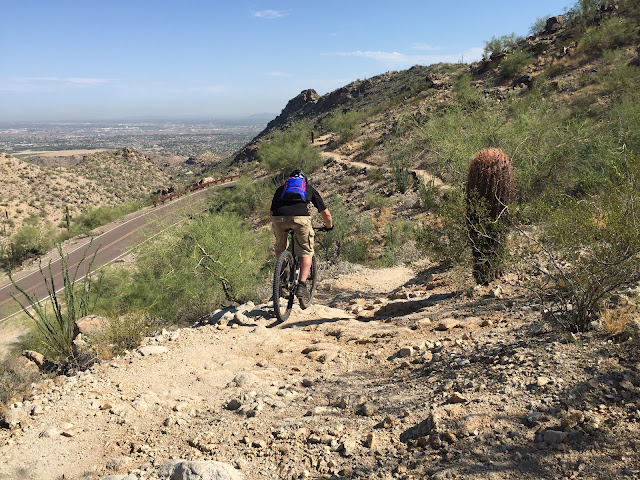 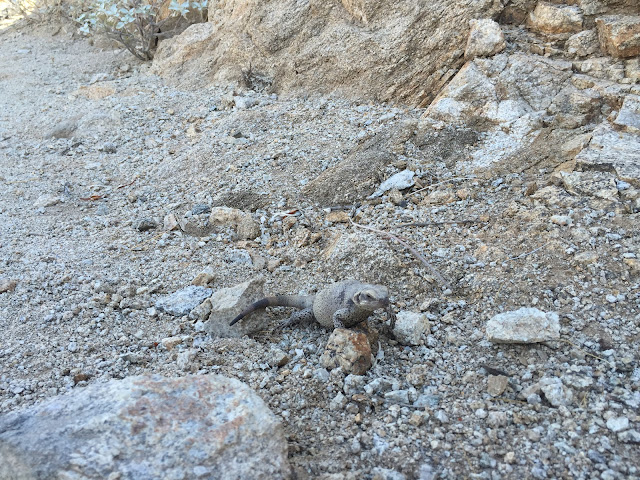 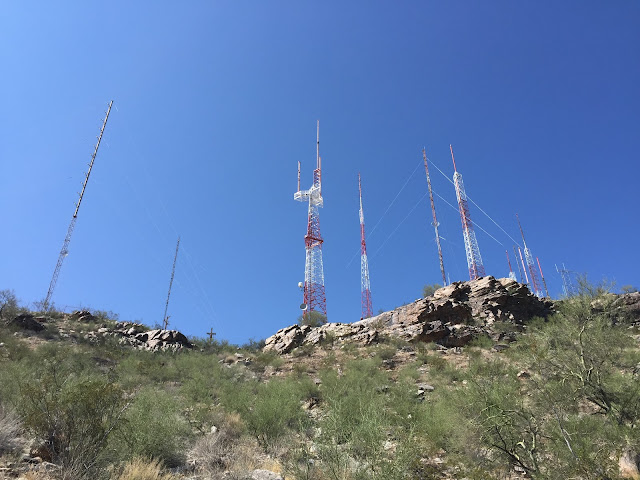 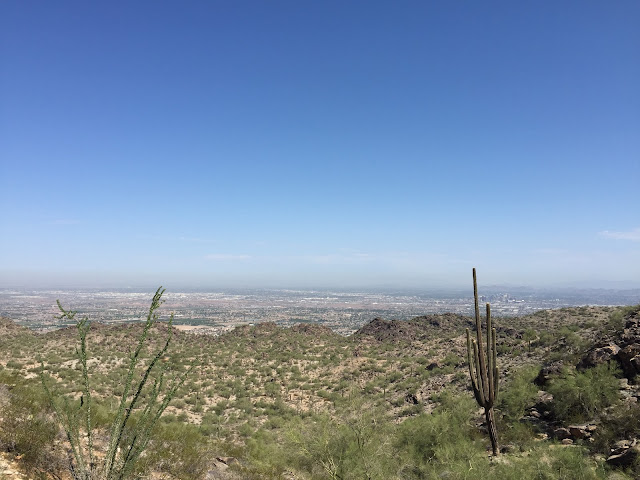 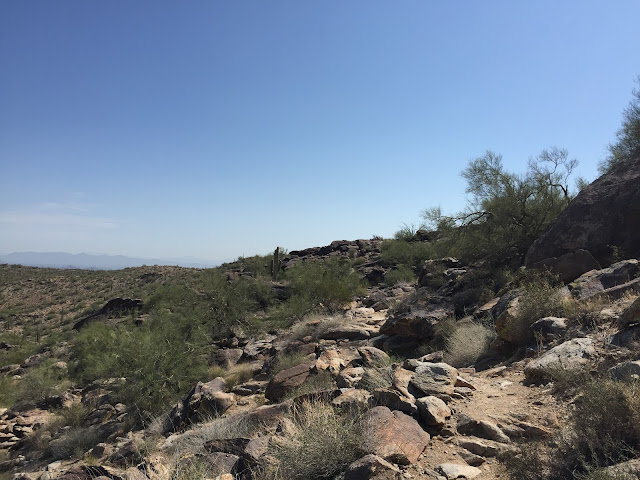 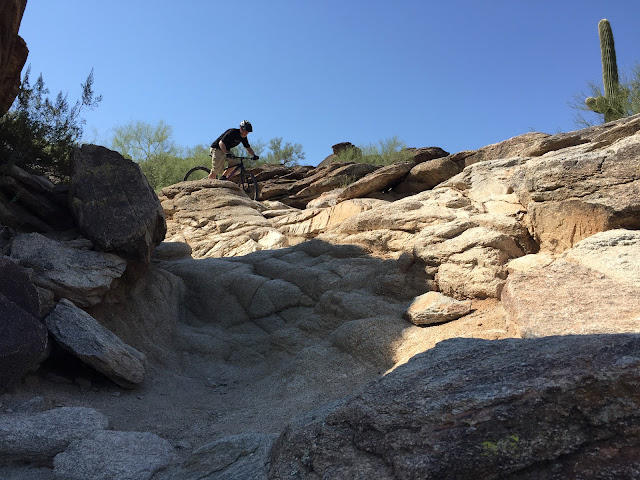 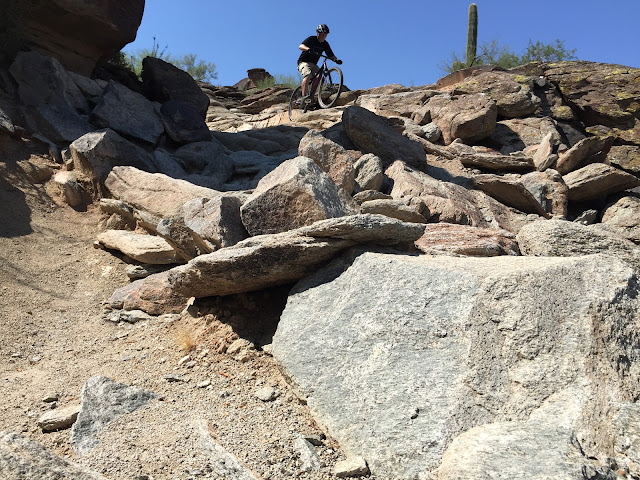 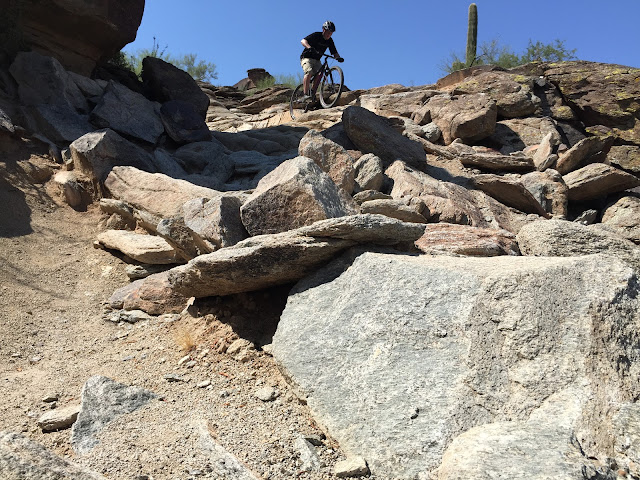 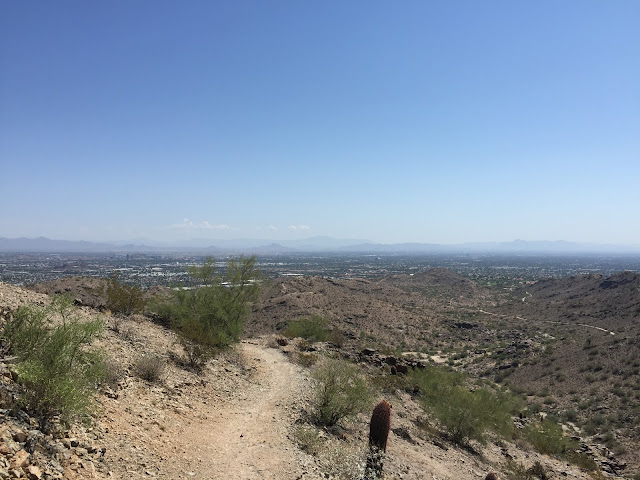 Posted by TheBIkePedalingGinger at 12:22 AM