After backpacking a secluded desert canyon this weekend I was worn out and tired but that was not enough to stop me from forcing my way into a ride. I questioned my underslept sanity but off I went at 5 for a awesome ride in the daylight. Armed with a brand new rear tire known as Continental Mountain King on the Belltown I was smiles all around. I wanted to go back to Ann's and get my revenge on my last flat tire so I headed for Potato Hill. My legs were feeling abnormally strong as I rode on feeling very good. It was a speedy ride up Ann's and down Oak Hollow as I passed that horrid spot that sent me walking on Friday. I was ripping hard, I have no other way to explain why I was so fast other than that new rear tire. I was going so fast I over sped a corner and ditched the bike and my poor bike laid down on some rocks and snapped a spoke in half on a rock. Pretty glad to walk away from this one unscathed, it was scary to have to ditch down a hill filled with rocks was sketchy as can be. Shook it off and on I went to link back up with the top of Ann's. Again I was feeling good I was riding quite faster than normal and have no clue as to why. I headed down Ghost Falls on a tear and caught a pedal on a rock and shot me down on the seat and bent my septets or rails pretty severely. I put both legs on the frame and pulled with all my might to get it back to being level, luckily I was successful and rode on the rest of the ride unscathed. Mighty good ride as I saw many many personal records on my strava. 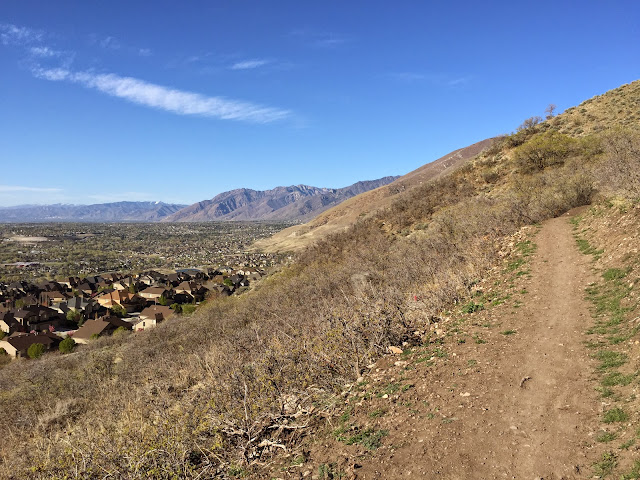 Posted by TheBIkePedalingGinger at 12:00 PM