With lots of rain this week I knew I was going to be riding Little Cottonwood Canyon Quarry trail. Other trails simply are not ready so I was trying to figure out a way to add some spice to the ride. I live really close to Dimple Dell Park, a sandy valley with plenty of tire sucking trails and horses. The streambed from Little Cottonwood Canyon flows thru the park, well the remains of it anyway since the population growth water seems to no longer flow thru it due to water demands. Anyway I have been in here once before this winter and it was a nightmare, the trail was really good but at times was very soft like a beach, uphills were impossible, but when it was good it was good. I got on google earth and started hunting around since I knew there was worthy stuff somewhere in there and it might take some recon. Luckily scouting was pretty much enough as I looked at strava segments and intel.
So I was out the door by 5:45am and riding right from my house, miss that about where I use to live in CT where I would merely pedal across the street. I entered dimple dell and found what I needed, a basic dirt road cover in mulch, it was pretty bland but it was better than trudging down below in sand. The morning was beautiful, the mountains where blanketed with a shelf of clouds glowing in a early morning blue. I was so happy it was not raining but it had the night before so the ground was moist and mulch chips pretty soft at times. The trail went the length of the entire park until it exited on the NE corner where I linked more pavement to Little Cottonwood Canyon and found some trail that linked to the parking lot where I normally park, so far successful with my mapping.
Now the straight forward ride up the quarry trail, it was still a dark morning with such heavy cloud cover but the canyon was soaked with moisture also reminding me of early CT mornings. There were plenty of bikers out, I was certainly not the only one out getting some. Some endure bros must have forgot to pickup his garbage as he was shredding epic and had to peel off his goggle lens sheet, cool dude..... I took my time on the way down since I was without a tube on my suspension bike, I missed charging it hard but still had fun. It was a nice downhill cruise to link the trail back to dimple dell. Once I hit Dimple Dell I entered a different location and found single track! I hit a few dead ends as it forked but dropped down nervously into valley for a hopefully pleasant ride along the dry streamed. Luckily most was dh so any soft sand was ridable and it was actually really fun ride through the trees and lush valley. I caught myself feeling like I was up in the mountains despite being technically in the desert. Plenty of horse dumps and puddles until the exit but I was all smiles and having a great time. As I exited the park and headed on the main road back home I was really happy with the ride, a good 20 miles and a great start to the week! 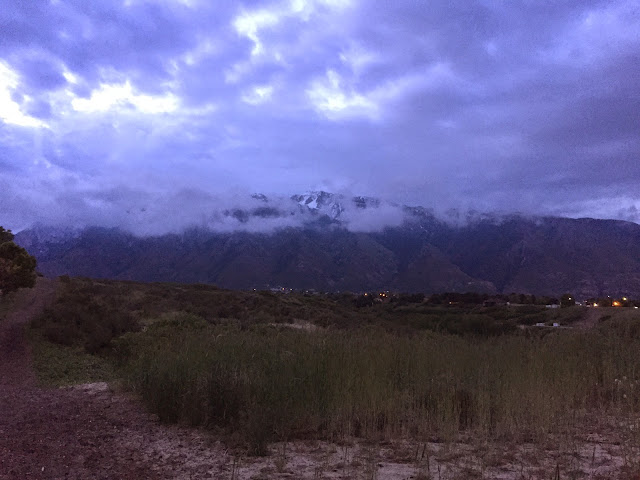 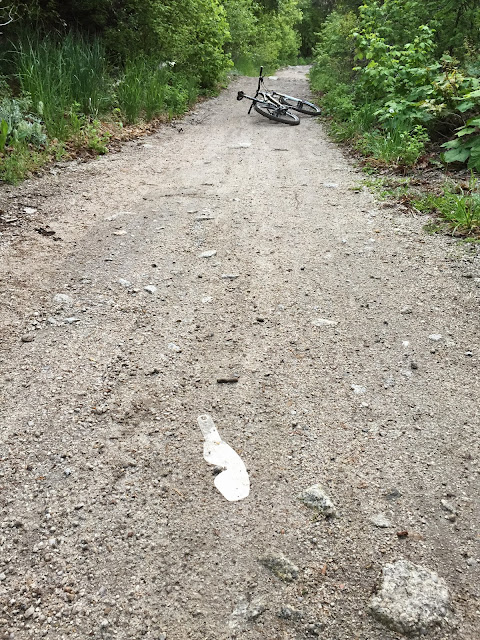 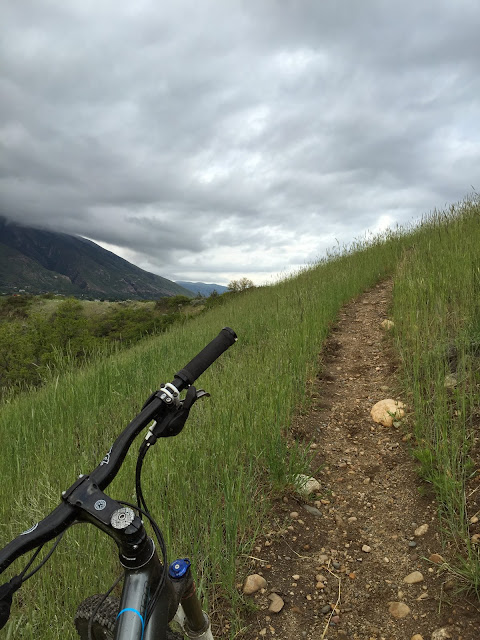 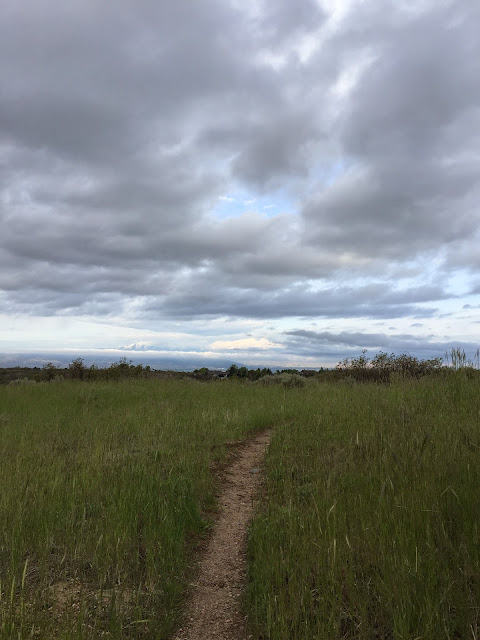 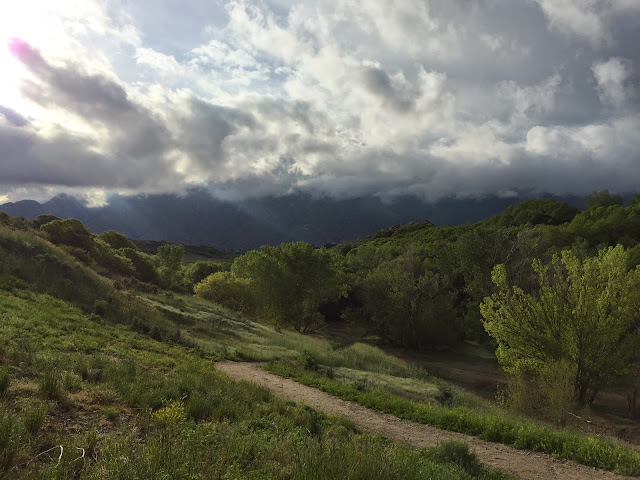 Posted by TheBIkePedalingGinger at 11:46 AM