On With The Show

Ok so after repairing the loose hub and rubbing brakes I was all set for a ride tuesday morning with my buddy Brent at 7am. I had a long commute so I was up early at 5:30 and found myself on the interstate heading north as the sun slowly rose. It was nice and cool and a bit cloudy with the weather in the area and this was going to be a great day to ride. We agreed on meeting at the zoo for the start and sure enough Brent arrived right on time. Hopped on the bike and we headed onto the trail and no more than 50 feet from the car I hear Brent's voice behind me and something is wrong. I come down and he says my frame is cracked! I could not believe my ears but was assured when I saw the rear chain stay snapped all the way though I knew he was absolutely right. Can you believe it, his pretty new Scott snapped while pedaling uphill. It was somewhat lucky that it didn't happen on our big ride saturday and also that we were close to the car when it happened I suppose but I was bummed we weren't going to get to ride. With a change of plans he set off for the car and I set off for the hills. Shoreline is as familiar as I remember it, I quickly began to think of the time me and my wife spent on our many rides on it. It was a quick ride to the beginning of Dry Creek and followed two bikers ahead of me to the first lookout. With the distracting views of the Salt Lake Valley I put together a game plan which was to run two laps on bobsled. As I made my way happily to the top of Bobsled I was enjoying the fresh legs I still have after the 70 miles on them. I hit Bobsled and they faded real bad on the first section, kinda scary when your brakes aren't all there on a steep fast run. I rode Bobsled slower than I ever have due to not wanting to bend or break anything on the wimpy 29r I have grown to dislike. Made my way back to the park and then back up for round two again and not much was different. By now I was trying to hit the car for 10:00am so I had 30 minutes to make my way back. Accomplished that goal and hit the car and headed back south. I have to return the bike tomorrow and am going to fall short of a 100 miles goal but I know I gave it a great shot and am happy with the 81 miles spent on the bike. With LuAnn being busy here and there and trying to spend as much time as I can with her it was a miracle I pulled off even 80 miles. She is amazing and understands my whoredom and I love her for that! Looking forward to kicking back and enjoying the next day and half left of our visit with each other. So long suckas 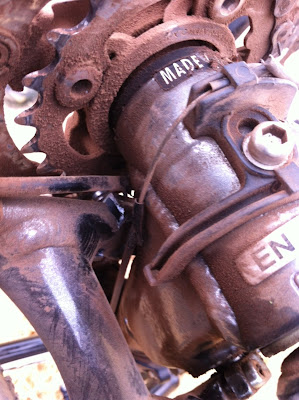 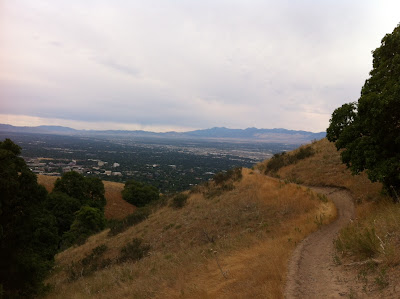 
EveryTrail - Find the best Hiking in Utah
Posted by TheBIkePedalingGinger at 11:05 AM