The Kiddo was off to school Wednesday after a bumpy weekend of sickness for him. I was eager to get out all week and headed out after I dropped him off tat school. I chose Usery for it's proximity to home in the event of me being needed. I noticed on the map a track that I had not done yet so I set that for the beginning of the ride. A fast spin on the trail named TRW which turned out to be pretty fun, it was just an out and back but a good mellow warm up. I reckon there be more trails out there worth exploring but for now I was using it as an out an back with a mini loop. The other goal in this ride was to ride Twisted Sister. The trail has to be used as an out and back or a big loop that I don't have time for. To get around an out an back I rode part of Hawes loop and headed along Granite to the road and used a mile of road to connect me to Twisted Sister. By then I wasn't feeling great, I was feeling weak and light headed, I took my pace down and decided once this trail was done I might be pulling the plug. It certainly was not helping that the last few rides were extremely easy, Browns and McDowell were a walk in in the park ride with nearly no vertical and technical. Twisted Sister was a much bigger climb than I anticipated, but it was a nice workout and offered up some great views. Once at the ridge it was a rip down Saguaro, still not feeling well I closed out the loop with Hawes and went about the rest of the day smiling. 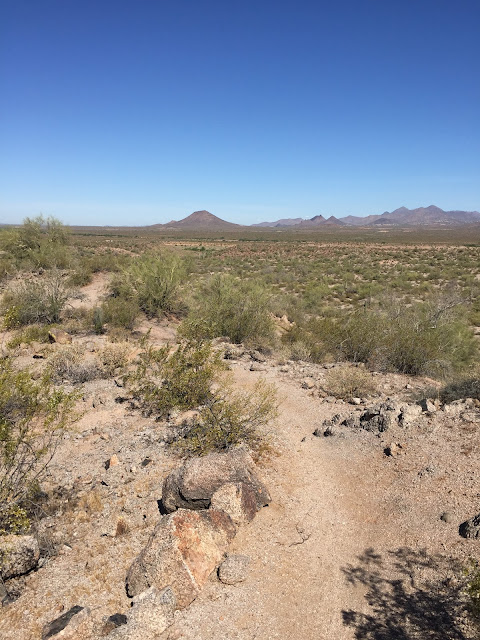 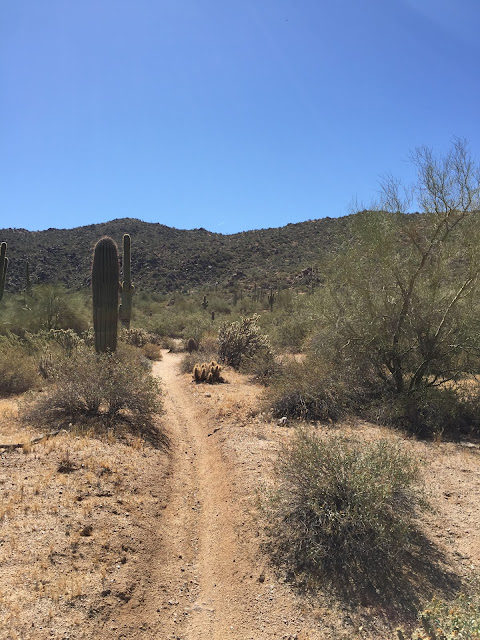 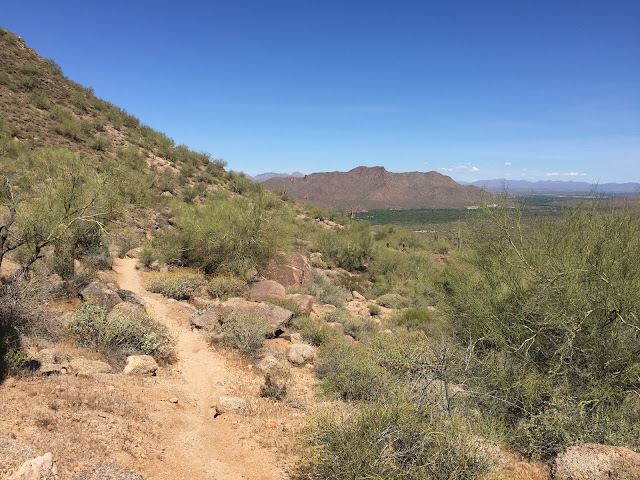 Posted by TheBIkePedalingGinger at 10:05 AM