Come Saturday I wiggled out a ride and headed for a new to me ride just south of me at San Tan Park. It had a parking fee that I wasn't much of a fan of. It was not an area worth a fee since I have ridden world class trails and never paid a fee in my entire life. Not a big deal so I coughed up the 6$ and began a nice climb. The trail was wide, but the area was really cool with lots of views. Once the trail peaked it dropped down into the valley where I speedily spun as hard as I could with my one little gear. This was ride was major mellow but it was a lot of fun. In places the trail narrowed and swooped and banked it was a lot of fun. I think my favorite was San Tans most southern section. Nice to be able to add this into the rotation, I guess I will be getting a season pass here. 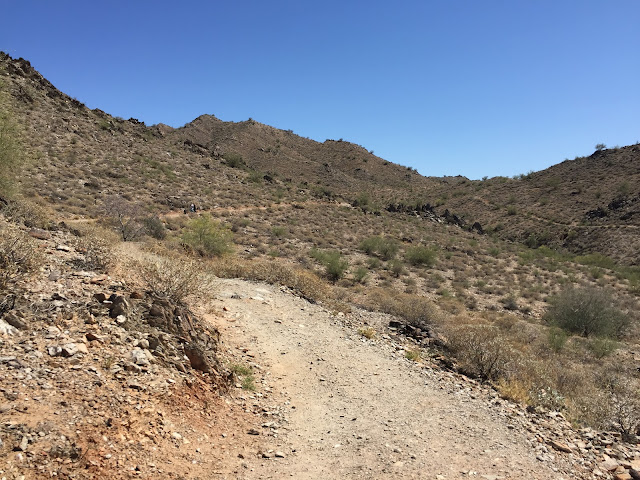 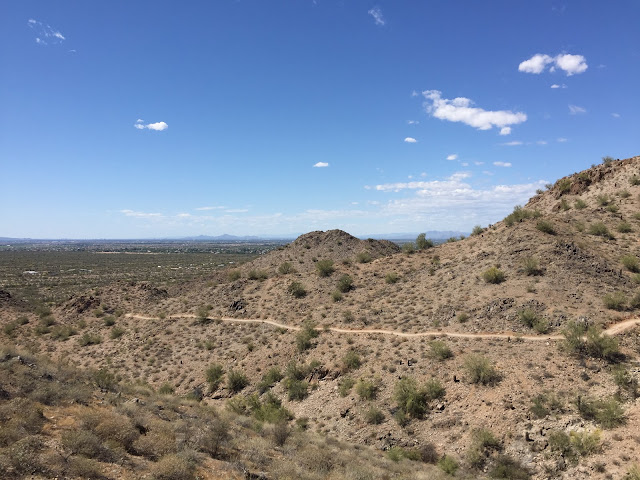 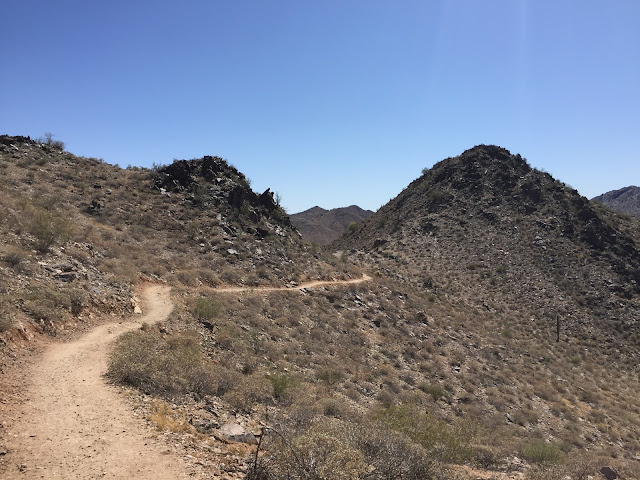 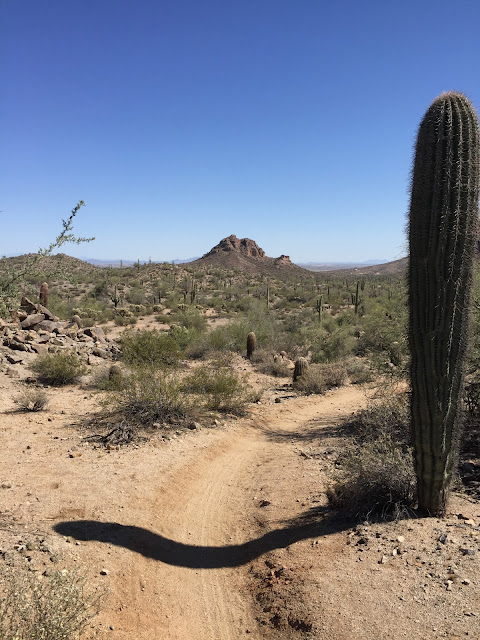 Posted by TheBIkePedalingGinger at 10:22 AM