Found myself headed for South Mountain with my YT Capra for a thrill on Tuesday and was looking to hit some of the goods. I have been wanting to get it back out but find the bike likely to be overkill on some of the more XC stuff I ride but I know it will happily pedal it. I want another Belltown frame, the two I had were just too good to not have. I find that I like steel frames far more than Aluminum, mostly with relation to rigid riding. The trek has a lifetime warranty and having broken 4 steel frames three Raleigh and one Belltwon, my Trek was always meant to be my abuser. I just don't know if I can risk breaking another Belltown after a year or two of use and have no frame warranty. Those two Belltowns I had were the best bikes I have ridden ever and it seems it's all I want. With money always an option and running out of things to sell I don't know at this point.
Anyway on with the ride, I started off on Pima and took a few trails leading me to more pedaling than I thought, the trails are very different on South Mountain, lots of heavy pedaling up steep loose slopes. The idea was to get to Javalina to Climb to Mormon and so on. The trails to javalina were alright as I wrapped around the southern end of the mountain. Javalina took a bit out of me, I had cranked hard at Gold Canyon the day before and my legs felt it. Plus the trail had some technical spots that I just was not in the mood for some reason. I pressed on and got it over with and made it up Mormon. Looking for something different I made the huge mistake of heading up Hidden Canyon to find Midlife Crisis. It started off as deep sand and ended up being a 20 minute hike a bike. Very coolo terrain for hikers to play but not so good for bikes.  Relieved to get back to Mormon and head down. All was clean along national, still looking for a steep flow trail like I kind of have back in Utah. The bike can take the chunk but still getting comfortable with the bike. 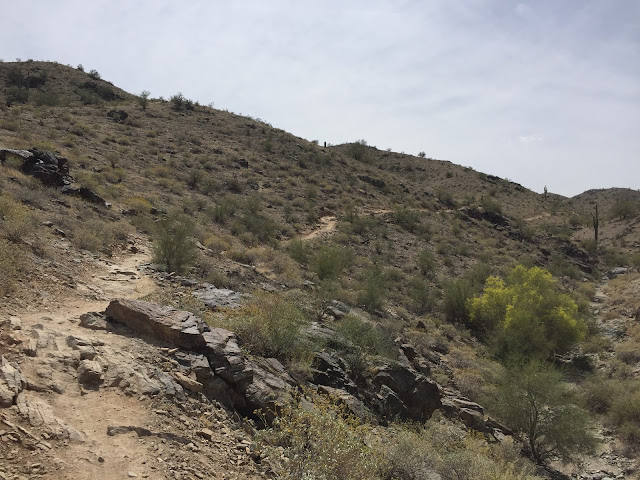 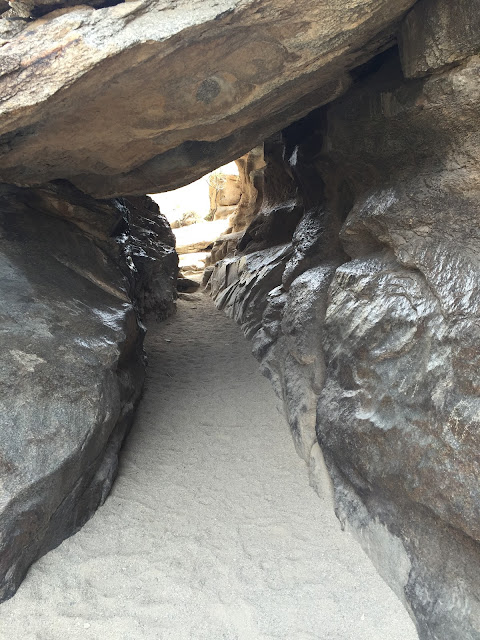 Posted by TheBIkePedalingGinger at 10:27 AM