Another unusual cloudy day with a breeeze had me headed for Gold Canyon. I love these trails, they're real fun, plenty of speed and flow and the right amount of climbing to make for a easy fun ride. I am working out the area still and wanted to add in a few more that I have not yet ridden. It was a speedy ride into the park at a different trail head, headed along the Old Horse Trail like a speed demon. Then to Vortex and Diamondback and Jodi's and then Coyote. Coyote I have not ridden yet, it was worth the work to get to the far end of the park, nothing too different but good none the less. The Outer Limits again nothing crazy but fun. Then I made my way to a trail called Snowbird. Started off quite sandy and borderline took me off the bike. Very technical climb and loose but the only real climb in the place. Gave me quite a nice view as I reached the top of the butte. Going down was a lot more fun than hiking to the top, over way too quick but glad I was knocking out some trails I had yet explored.
The that took me to the K trail, a fun fun trail, this being my second time on it I am still getting use to it. I joined in mid way and came around a corner and wham, snake. It took just a second to see that rattle and know this was a rattle snake and I needed to be careful. I was about 10 ft from the snake and he remained calm until I stood watching him for too long and he rose up and put himself into strike mode. I have never seen a snake do this and it was intimidating for a grown man like myself. I walked around him admiring the creature and respecting our distance to no meet it's potent venom. It was strange he never rattled at me despite clearly having on being a Western Diamondback Rattler. I was pretty alert after that encounter, so every blind corner basically had a snake. Near to the car another corner exposed yet another rattler, this one bigger and more pissed and instantly ready to attack holding it's ground. This one more aggressive than the other it was just a few pics and I was happily on my way. The rest of the day the snake encounters were on my mind, that strike position and how aggressive they were. I can't say I am looking forward to seeing more but I think it's too likely that I will. 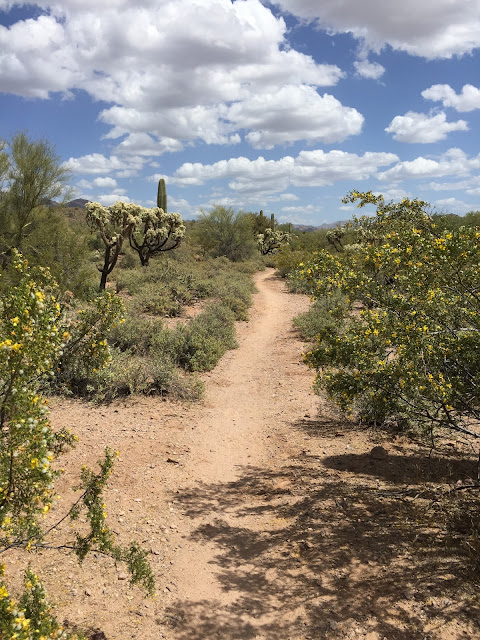 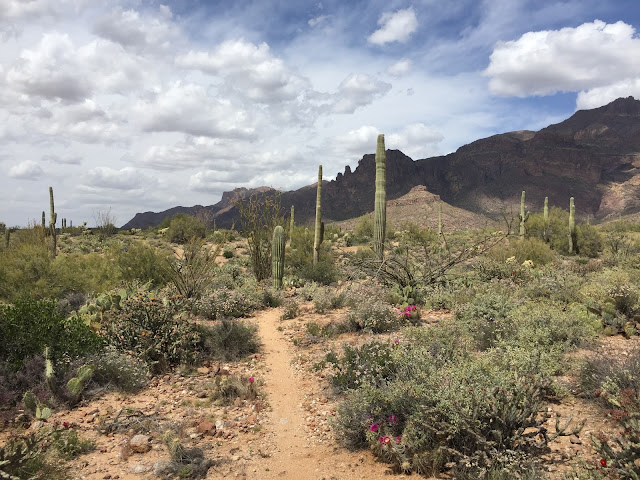 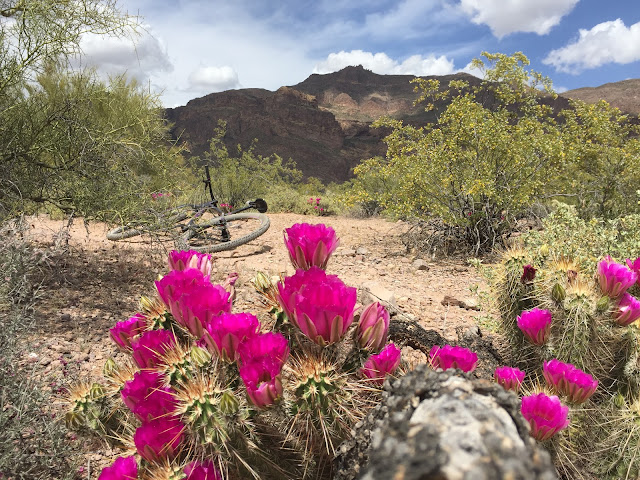 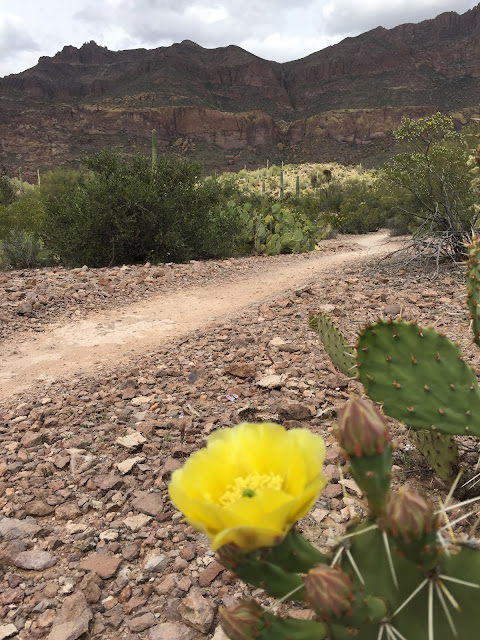 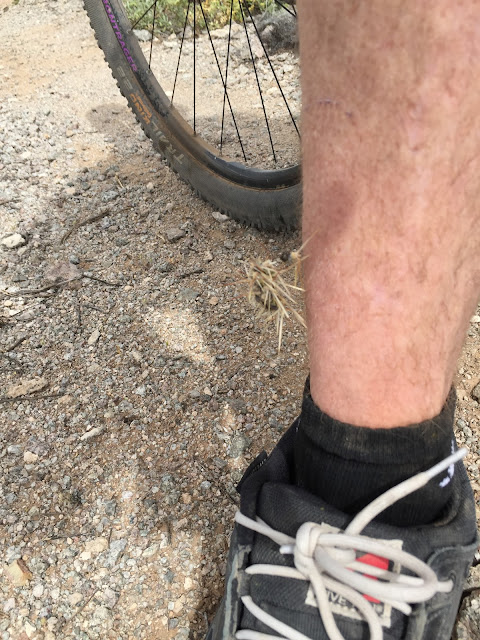 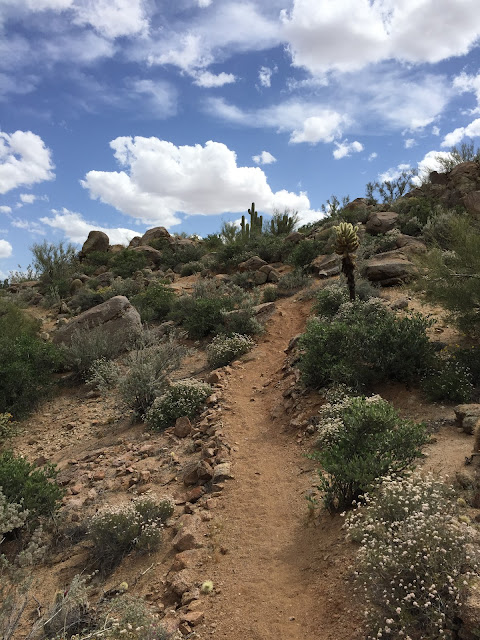 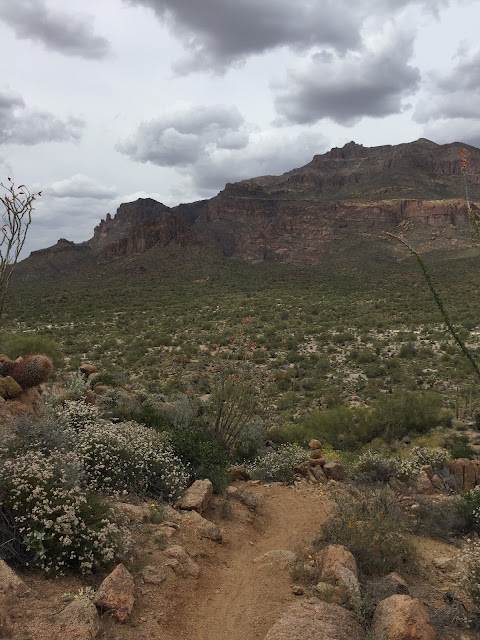 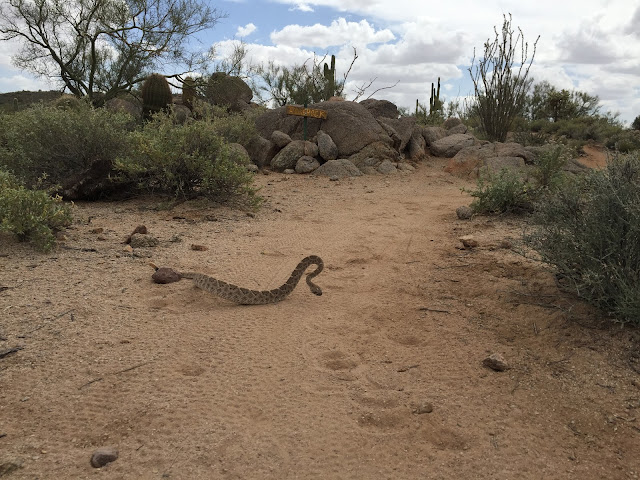 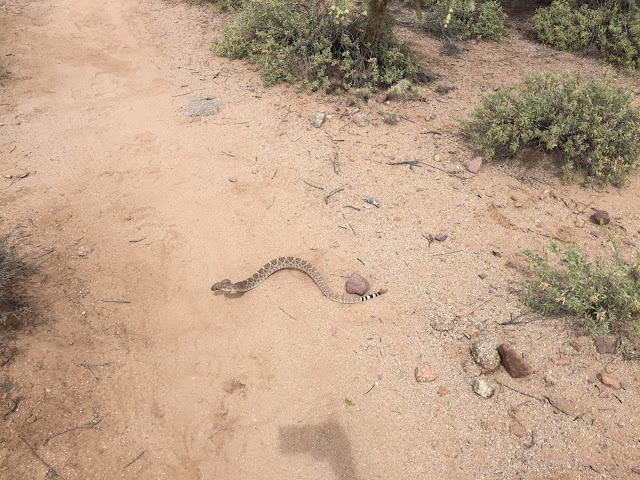 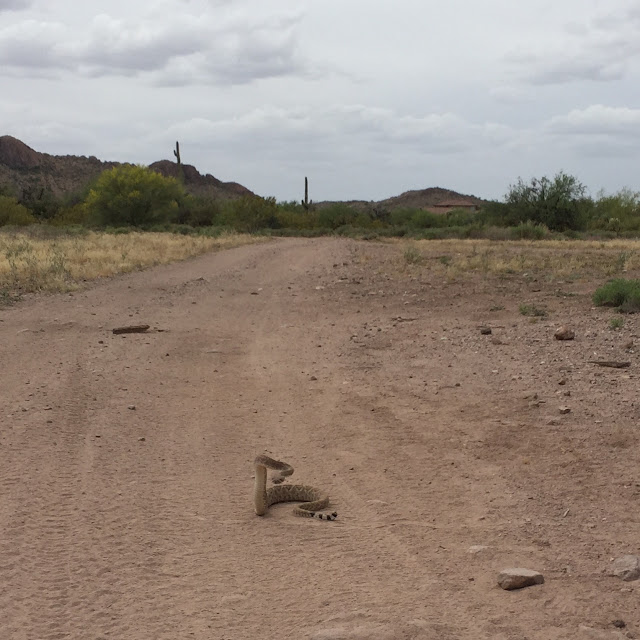 Posted by TheBIkePedalingGinger at 11:06 AM