Well we ended up back in Utah two weeks after leaving, a little sooner than expected but I love Utah and will never mind coming to visit, especially to ride my bike or ski. This time I took some time on Saturday afternoon and headed for Corner Canyon to ride some trails as they dry out. I was anxious to get out and ride and had Jacobs Ladder in mind. A friend of mine was going to join me later on in the ride so I pedaled up to find what was open. The pipeline road they built has messed things up a bit but it seemed like most were coming form Carolina Hills so I decided to take Rattler up since Canyon Hollow could be wet. As I got to the bridge and headed for Canyon Hollow my thoughts were confirmed with snow and mud so it was going to be a Ghost Falls climb. Legs a bit worked I headed up a dry road to the summit. Saw a mess on people coming up Brocks and Anns so I headed for Rush. I watched a few riders drop in and that had my curiosity.
I dropped in and was feeling slow but good, soon I was throwing the redline around enjoying it quite well. The trail crossed the dirt road in construction, which confirmed my assumption, it was closed. I had to hop down a pretty big obstacle and find my way in another spot but man that was a fun run.
I met up with my friend Jason and we pedaled back up the way I came previously and went up to Jacobs Ladder for a solid climb. All that work paid off on the long ride down, part of Jacobs has some new additions, I guess I always took what I knew, but I missed my favorite switchbacks too much to take the new route. Solid time on the bike, felt so great! 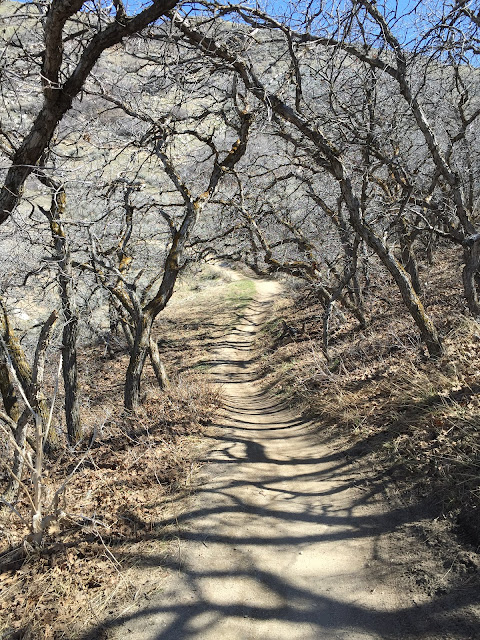 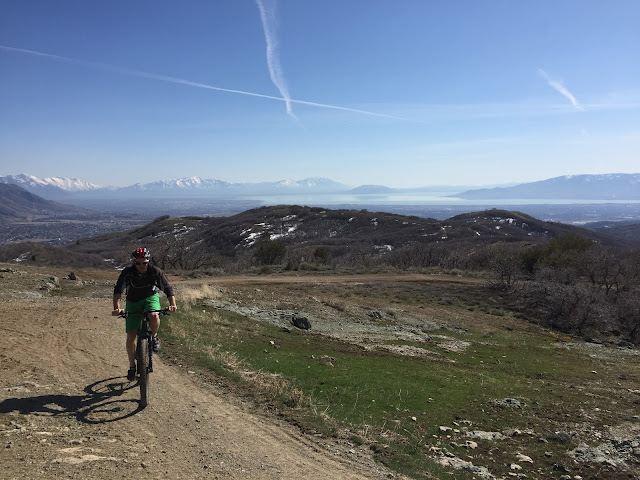 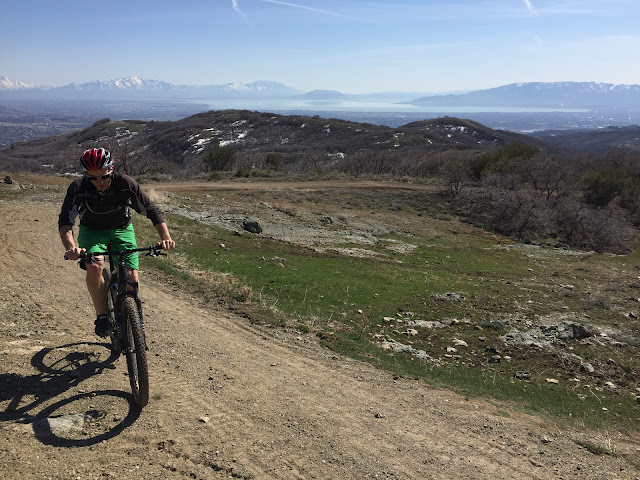 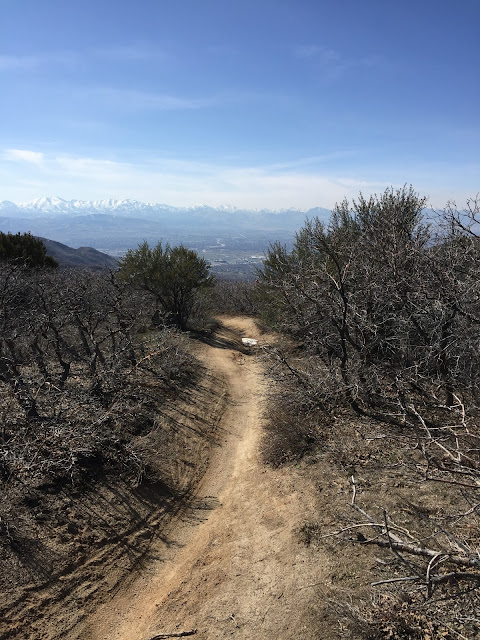 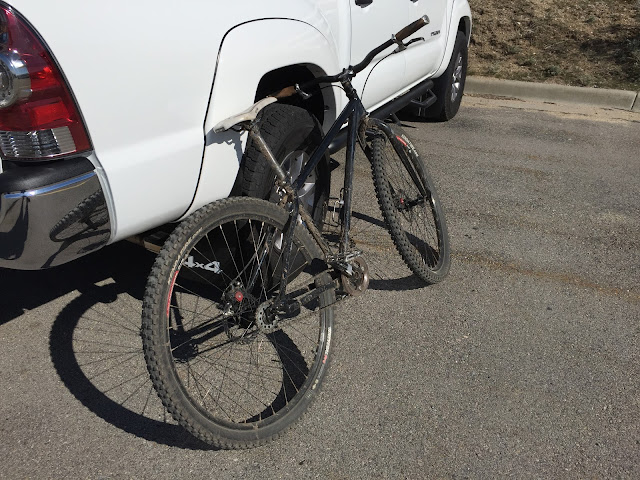 Posted by TheBIkePedalingGinger at 8:37 AM