So about a few months ago I sold everything I could and with a little help from our tax return I ordered the ever famous YT Capra. I have been long over due for a suspended bike and while I absolutely love rigid there are just some limits a bike like that has. I am so thankful for YT's direct sales operation, it allows someone like me to shave 1-2k off the cost with this business model and allowing me to have a comparable bike to one costing much more. I have had it in a box for the last month and with the move it was too complicated to unveil it and ride it before the move to Arizona. I remained pretty calm about it until I realized I had to unbox it for the drive since the vehicle was too full. I was drooling as I got it out and set it up. It felt crazy good and I was in complete shock that this bike was truly mine!!!!!!! It survived the trip beautifully on the bike rack as I nervously spent 11 hours watching it in my side mirrors and since losing my bike on the highway this summer I am forever horrified putting anything on the bike rack.
Soooo I headed out for South Mountain after figuring out the suspension which I left untouched for it's first ride. I picked South Mountain since there is plenty of places to use it's 160mm of travel. I Began my pedal feeling pretty light, I was actually amazed at how well it pedaled for all that travel. A certain thing most reviewers bragged about. I saw a little one foot drop ahead and popped off it and as all the suspension soaked it up like a hot knife on butter. Ohhh I was in for a treat and as I climbed up and over one technical feature after the next my suspicion was confirmed, this was a trail climbing beast. All but pedal strikes stood in my way, one issue this bike certainly has, but pedal strikes over that low great handling bottom bracket I can deal with. It was a long climb up Mormon and National but I got the full taste of how my climbing future was going to be with this Mountain Goat and it was good.
Going down was a breeze, it needled all obstacles and any drop or rock thrown at me it soaked up marvelously. I had an oh crap moment that would have murdered me on my rigid but on this it was like no big deal. My first ride on a dropper post, I cans see what all the fuss is about, the thing is a mountain bikers best friend, just please don't fail me on a ride!
The Sram Guide R brakeset were flawless. Actually out performed any shimano AI have tried and did it so quietly with no feedback to my fingers or ears. I am sold on these Guide brakes and will try to get them on any of my bikes in the future, sorry Shimano.
This bike is so good, only my first ride of many but this thing should take me a long way down the road, I will put most my abuse on my Trek Superfly but this tool will be nice when I need it! 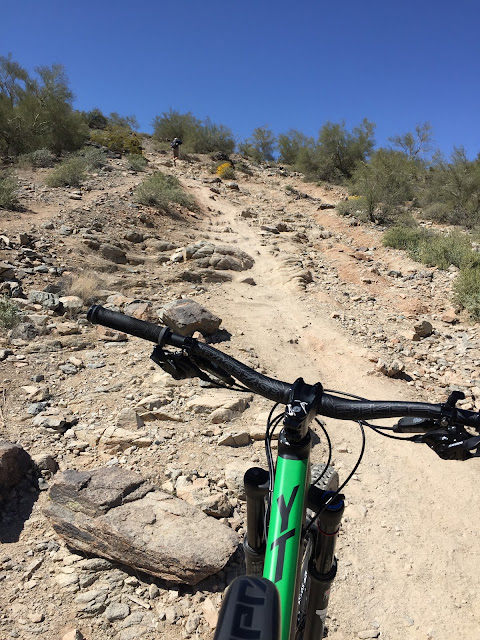 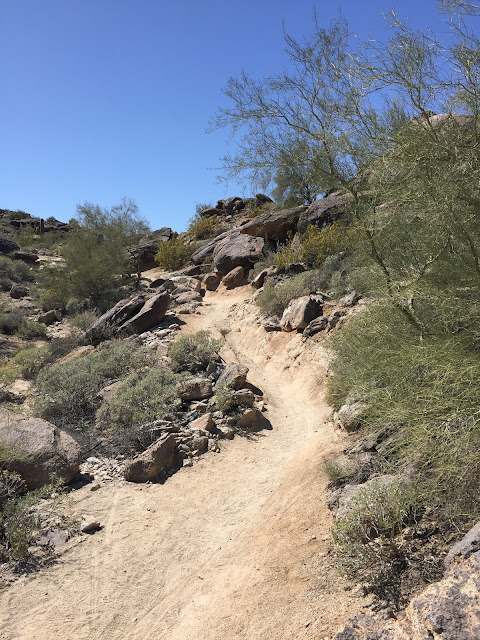 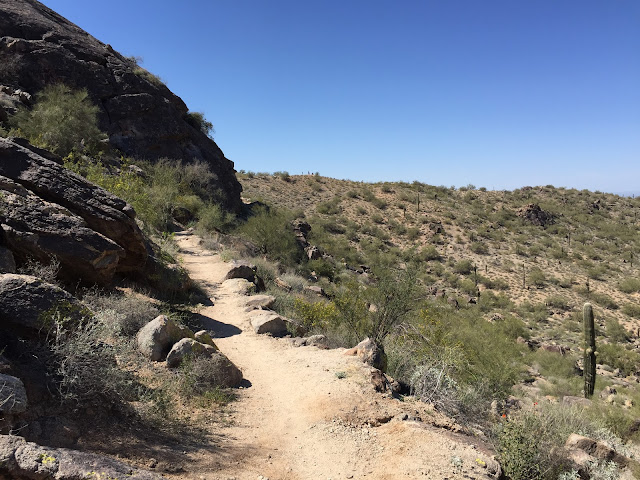 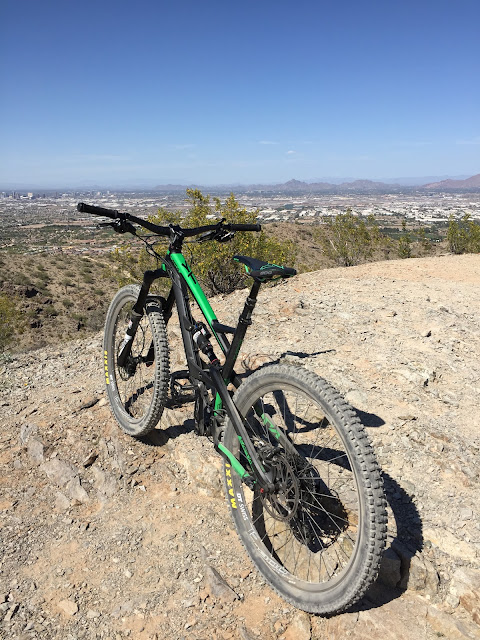 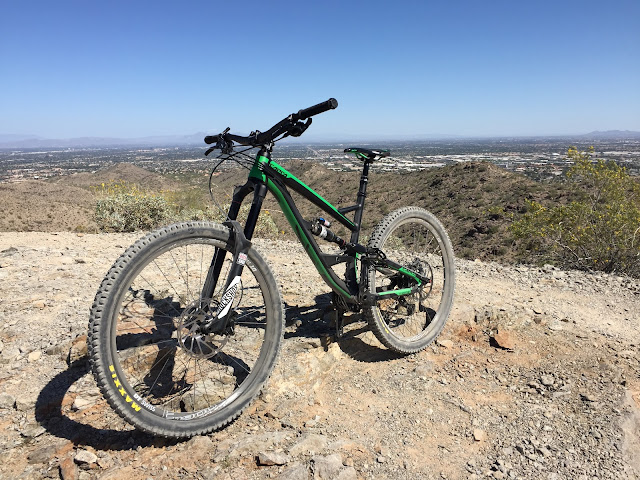 Posted by TheBIkePedalingGinger at 8:41 AM