Happy between all the moving and chaos that exists in out of state moves I was able to get a quick run out to Corner Canyon thanks to weather conditions. The winter was going steady for an average one but fell off the wagon and plenty of warmth and sunshine has melted the trails and the lower foothills completely dry.
One last ride to the trail head was bittersweet, arriving there were quite a few cars in the lot getting after it as I was. Heading up the trail it was nicely dry and looking good. There is plenty construction going on over there as well, looks like pipeline work to fill the never ending water void that Salt Lakes thirst drinks up. The plan was for a run on Rattler and some Shoreline trail action. People were plenty on the trail with so little available. Came across a few soft spots, some snow and then 95% completely dry trail.
I was huffing and my lungs were raspy from the low elevation rides in Arizona had me thinking I was all too much superhuman. The bike was a heavy beater Redline Monocog SS rigid. I have ridden it a few times since Raleigh replaced it with a redline frame I am pretty unpleased with their decision but a free frame is a free frame. Heavy and hard pedaling I reached the Ghost Bridge and headed for Ghost Falls to avoid traffic. Slightly more wet than I would like but still very minimal I was feeling good after a rip down.
Them headed over on Shoreline past the bridge and back and to the car with a big old smile on my face. I really do miss my Trek Superfly when I ride this beast. Components and geometry are EVERYTHING! 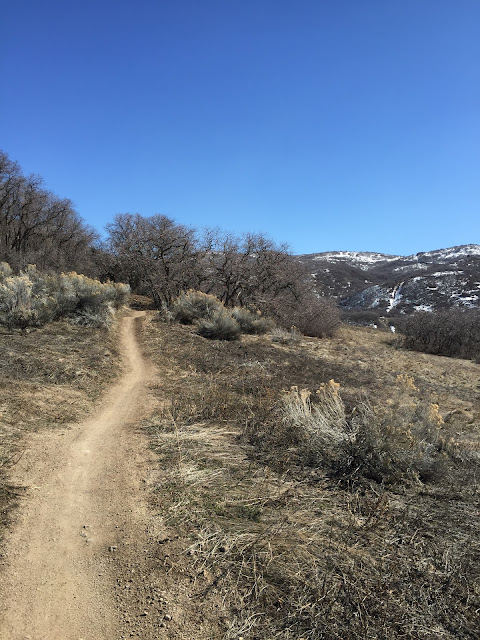 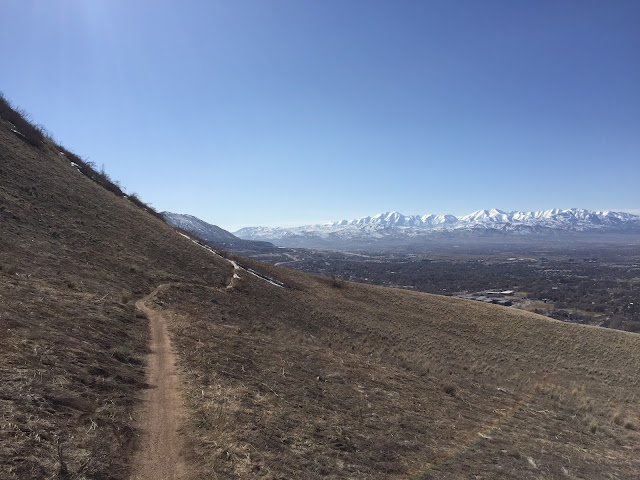 Posted by TheBIkePedalingGinger at 2:44 PM