Case at a medium pace

So today the weather had cleared and some blue with some sun was showing and the day had looked promising. I was really excited to get back to pedaling since my obsession with riding the trails is becoming all to clear to me and my LuAnn. I was set to ride case since it is always dry or quick drying after a bit of rain. I was excited as I loaded up the single speed, since the last 4 rides were with the dawg. I did miss the dawg but it was very nice to be back on the SS rigid. I got to the trailhead and planned a solo mission but when I got there a familiar face was there and he sent me an invite to join he and his friend so I gladly accepted and we hit the trail. Bentley was full on ready to roll, he even had a doggy friend, a pretty girl boxer covered in white foam. They got along great and mostly focused on shredding the trails. We made our way up case and quickly reached the top and rode a good variety of case ultimately with the plan to ride slickrock. I was so happy as I cleared a stupid hill that I have never made just after the destructed chimney. It was not as celebrated as I hoped it would be but none the less I knew it was an improvement and I was happy. The skies opened further into the ride and the sun was glowing through the trees it was absolutely amazing. I was so thankful to be on the trails and so thankful my amazing wife puts up with my bike riding shenanigans and shenanigans in general. Hopefully tomorrow if she feels better we will hit west hartford reservoir for a date ride :) 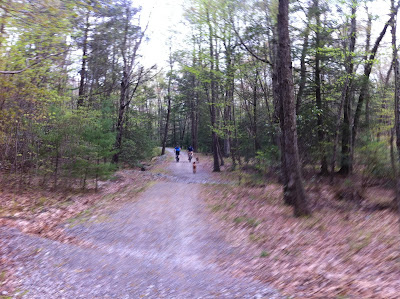 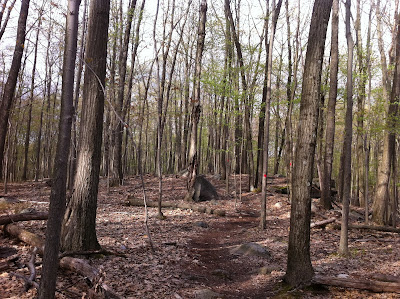 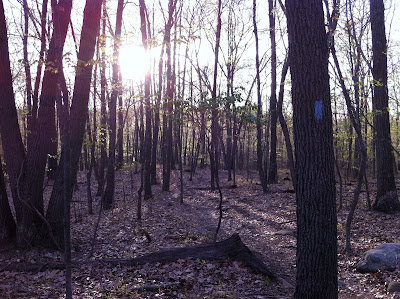 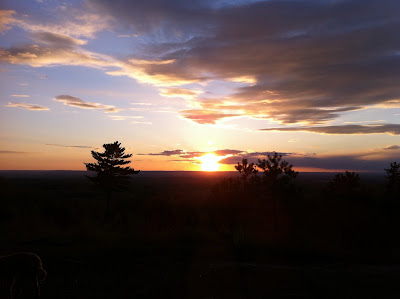 Case at a medium pace

EveryTrail - Find the best Hiking near Hartford, Connecticut
Posted by TheBIkePedalingGinger at 10:23 PM