Mighty fine ride! It was tuesday and Derek thankfully posted up a ride for Case and I was anxious and eager to get there all day. I had my headlamp ready to go for the most part, I somehow lost the charger cable and was unsure of how much juice was in the battery still but I had a feeling It had enough. I stopped home before the ride and picked up my buddy Bentley and we were off. It had been a little while since I have got out with the dog, it seems he get on a once a week ride which works but he could use more. Anyway we hit the trail and it ended up being just me and Derek as we headed up the hill. It was so humid it kinda sucked but enthusiasm for the ride was greater. We rode over to blue and did the normal ride over to tinti and as I rounded one of the trails corners there was a huge glowing ball of fire from the sun going down. It looked amazing and I wish I had a camera that was good enough to capture the image but the cell phone did a lazy job of it instead. Soon I had the light on as dark fell really quickly, it was tough with the light on since I don't have a great light setup but it does work. I was frustrated with having to focus so much on the ground in front of my tire and not far enough in front of me. It forced me off my pedals a couple of time but it's going to take some getting use to. I can only hope a more lumen light is in my future but with how tight $ is lately it is not likely. But my little Jet Lites A-51 definately allows me to ride safely in the dark. I love this light and its great! The ride was a success and we arrived to the car after 2 hours and 12 miles of riding.

I have put this light in my bike gear dreamssssssss 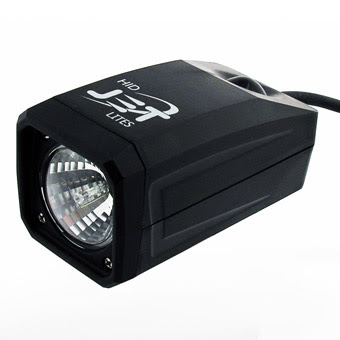 A pic from Tinti with the glowing ball 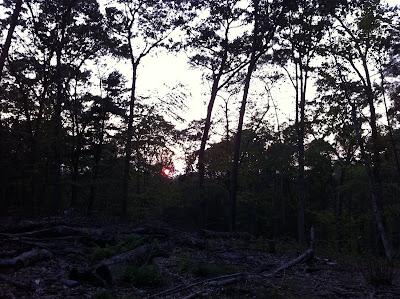 EveryTrail - Find the best Hiking in Connecticut
Posted by TheBIkePedalingGinger at 11:05 AM