When I first moved to Utah in the fall I got my season pass at Park City Ski Resort for a sum of $350 which is an absolute steal compared to what they charge for the junky small operations in VT and so forth. It was a pretty good season that year and probably one of the best since I had just moved and was enjoying myself to the fullest. Well when the snow melted my pass was good for mountain bike chair rides. The high speed chair only covered some 1,000ish feet of getting up the mountain which left still a lot to be covered. No great downhill trails were really near the lift so it wasn't worth it to do laps, which meant going up. For my East Coast Legs this was a tricky feat that I had to get used to with mountain biking in UT. Because anything in the Salt Lake area consists of 1,000+ up and 1,000 down..... there is no up and downs in between usually, just up and down. SO anyway this day was my first trip up to the backside of the Wasatch and found a moose on the way up to the lake. 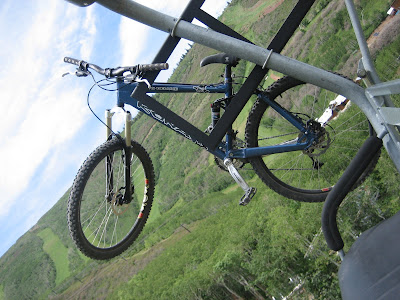 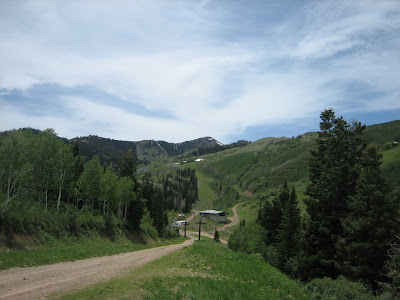 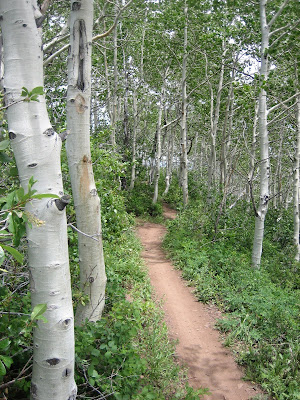 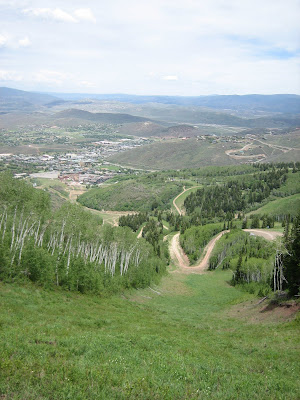 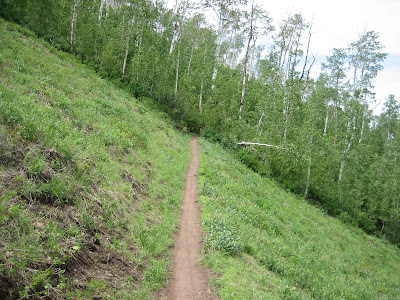 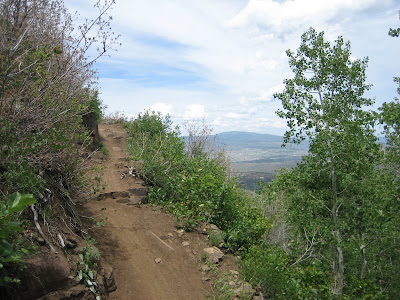 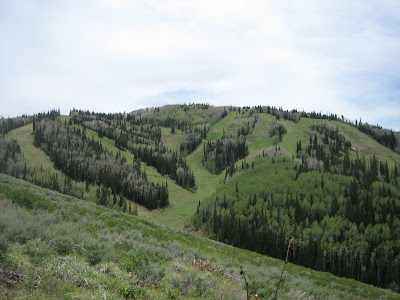 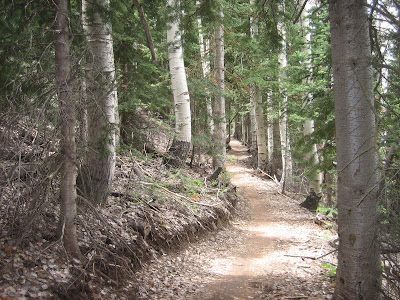 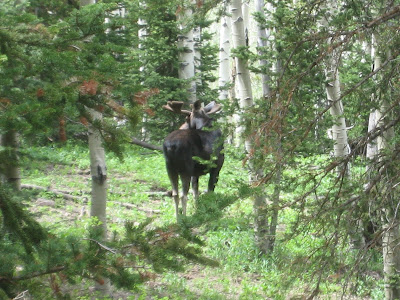 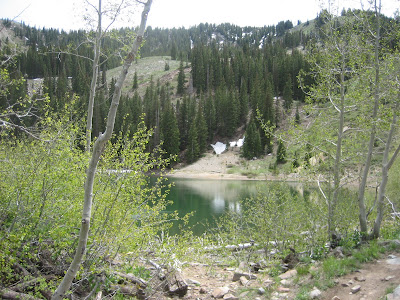 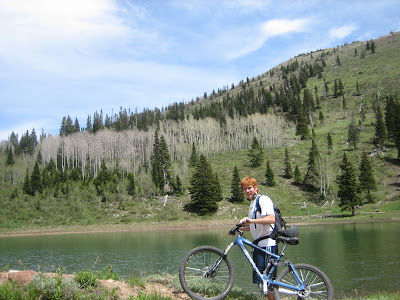 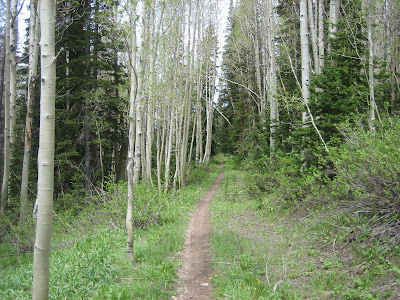 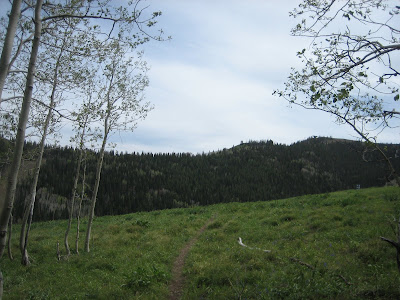 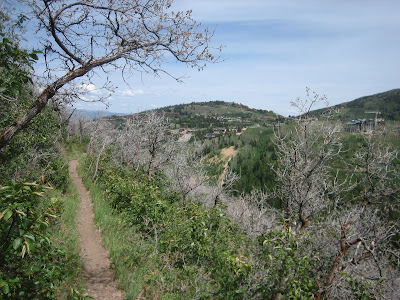 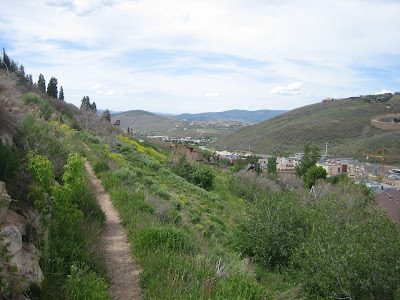 Posted by TheBIkePedalingGinger at 10:10 AM