Nice day for a good ride

So my good friend Craig, who I harass on a daily basis to come up to Coventry, had finally made it up this weekend. Craig is extremely busy with school and work and what little he does in between so I was understand it is tough to come visit, but this time with the holiday weekend arriving he had some time off and decided to pay us a visit. We went out to dinner with my brother and then saw tower heist which was a good movie then he stayed over and the next morning we were set to ride Hale. We set off to ride the North loop but quickly came on some debris and since this was not a TM ride and short on time since we had a show to et to in Boston I set off on the standard arrangement of Hale. We hit the trail and made our way around the puddles on the road and then found the trails were actually very dry compared to the rainfall we have been recieving. Craig was having no problems riding despite riding once this year. We use to ride here and there some 5-7 years ago but never more than a handful of times, he is a good athlete and takes to the trails with ease. I had my loop planned out and skipped one stretch due to not wanting to expose him to all of Hale that way we could make the loop. The weather was great, warm and a perfect temperature and a breeze that was chilly at first but then it was nothing. I found a new line and knocked it out of the way, I was missing some cush from the Kona but I was still having a blast on the rigid. Made my way to the tree ride and after some work I got it done both ways..... Then I had a good idea to rotate the go pro so Bentley could get to shine on video and it worked awesome, only problem was I had a tired dog that wasn't right on my tail. I will experiment much more with this and can't wait!
Craig was pretty tired by the end of the ride and I don't blame him, after 10.4 miles and his second ride this year he did a very good job. 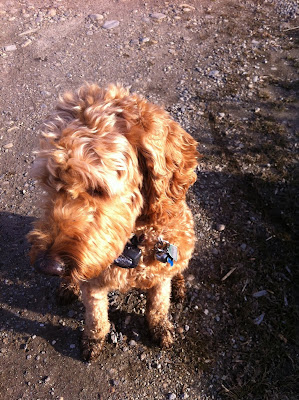 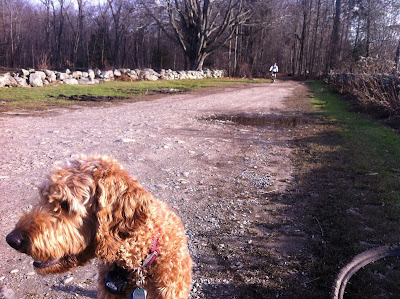 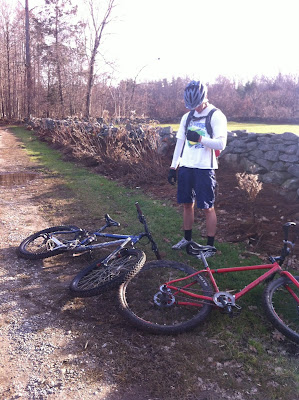 EveryTrail - Find the best Hiking near Hartford, Connecticut
Posted by TheBIkePedalingGinger at 9:56 AM