So after the Saturday morning ride at Case in some chilly 30 degree temperatures, it seemed after a text that Paul was up for one more ride the next morning. Since case gets so much use and Grayville being close and always a good time we headed there for a 9am start. The morning was pretty cold as I loaded up the bikes painfully into the trunk of the car and began to question my sanity. As I drove to the location the car read 25 degrees and it felt about that but it was still early and the sun had some warming to do so I was not too scared. So Paul takes off back to Arizona Wednesday so this looked to be our very last ride and despite the temperatures a good ride was had. We suited up and set off down the paved hill where I got chilled to the bone, it was hard not to make noises and ignore the feeling of it while cruising down the hill which immediately froze me but once we reached level ground and began to pedal it took a little while the body warmed. We started on the normal route and quickly the environment was really cool, the dirt had frozen and what moisture was left was frozen upwards so it was like reverse icicles which was really neat. The frozen ground crackled under my big wheels but sent me ripping with it being so firm. The river ponds were frozen which the front tire had no trouble breaking, we took the trail down by the river and finally got off flat ground and began to gain some heat with some work on the hills. I started off on the single speed, and as usual one stupid climb conquers me with ease and on we went. My hands were quite sore from the ride the day before I guess not riding rigid for less than a week? No big deal, came upon a drop and a jump section that got me back onto the Dawg to use some of that travel. I took the drop just fine and started pedaling but things were skipping around too much to pedal safely into the jump so I had to bail unfortunately. But the hill allowed me to use it not to link the drop to jump but to hit one or the other so I got both on footage. It was a very easy gap and as usual just slighly intimidating since haven't really gotten air born since Mesh trips 4 months ago. We pedaled onto the hillside and back down to find a log ride Pat showed me last time in there so we had at it. I really thought it was not a log for me but after some work I surprisingly got it done, I guess I underestimated myself. Onwards to slick rock and ti was so good, always leaving me wanting more more more more. Paul was in good company and ripping as usual, in the back of my mind I was a little sore at him for this being our last ride of the season and maybe forever. He has been a great riding buddy with his flexible schedule and passion to ride and for that he will be sorely missed. We shot out of the north end of the park and by now things were nice and toasty, a layer was shed and it was no longer cold as sweat began to soak as he headed down hill for a quick escape. A might fine day to be on wheels and don't know when the next ride will be with the weather and a missing night riding buddy. Farewell Paul it's been great! 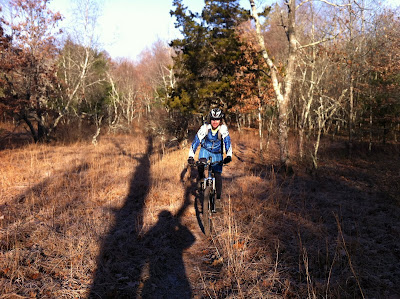 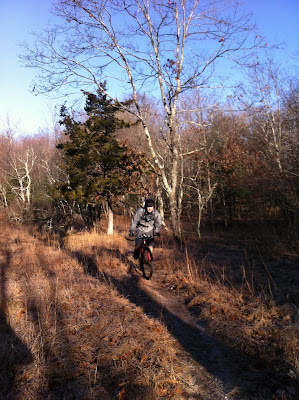 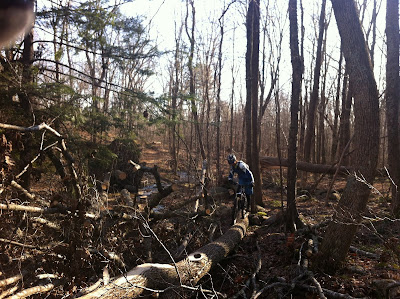 Grayville is so good

EveryTrail - Find the best Hiking in Massachusetts
Posted by TheBIkePedalingGinger at 10:46 PM