A glimmer of hope

Finally the sun has showed it's warm spring face! The northeast has been in a dark gloomy rainy state for too long now. Just yesterday morning the temperature read 39 degrees, today it was 60 by the time I hit the trail at 9:30. I thought I remember what the seasons were like in CT, I guess I have adjusted too well to the seasons in the midwest. It just makes spring all the much better when it comes I suppose. Ok enough about that, this morning I was trying to catch up on some much needed rest, LuAnn was up and about all morning and I was trying to sleep in but when I opened my eyes and saw some bright shades in my room my hope had suddenly been awakened. It was not sunny but I could tell by the thin cloud cover that the storm was certainly moving out. I had not invested in watching the forecast the night before since I was expecting the same crap day after day. The thought of riding did not even cross my mind until I saw those shades. I rolled out of bed and looked at the grass in front of the balcony to see that the rain flooding in the grass had disappeared and that has become my ride or don't ride forecaster right there and it was measuring get out and RIDE! LuAnn was going for a run at the park nearby and we were not expected to get to the parents until after 1, I had an easy 3 hour window to get to and from case to ride. I got geared up and was ready to go 10 minutes after springing out of bed, this is how much I truly love to ride by the way, grabbed Bentley and we were out the door. I even threw my cereal into a drinking cup so it was on the go. We got there and as we were the skies opened into blue and the warm sun was shining oh so good! I geared up and got the tunes going and I knew right then it was going to be a good morning. Got to pedaling and realized I had no spare tubes since the mesh fiasco and was hoping things would be successful. We got halfway up case and my heart was pounding like it was out of shape and we hadn't done this before but as the sun hit me I began to have this grin that was very hard to remove from my face. It felt really good to be riding, in fact it felt incredible, I felt warm inside, I felt very happy and was extremely thankful for the opportunity to ride today. I rode a network of trails, walked some unfriendly SS hills and made my way over to the reservoir. There were a few dogs and Bentley strolled over and said hello, but was a little more interested in taking trips down to the water for a drink. He was pretty hot today and so was I, it felt like it was 90 and I am not really looking forward to riding when it is but as you may know I am pretty passionate about riding. Anyway I had rolled by a clearing and grabbed a stick and got Bentley all excited and tossed it into the water and he hesitated and then quickly dove in and took a swim. I was so happy watching his paddle out there to grab it. As you may not know he's not exactly a graceful swimmer. But none the less he made me proud and I am sure that cool water felt sooooooo good. I thought of myself jumping in there but I was kind of time restrained so I gave him one more go and we were off. Back up case mountain and down and we hit the car. It was an absolutely incredible day and I will never forget it. Hope tomorrow shapes up so I can get back out there. Happy Easter 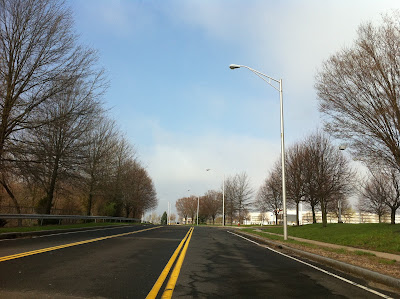 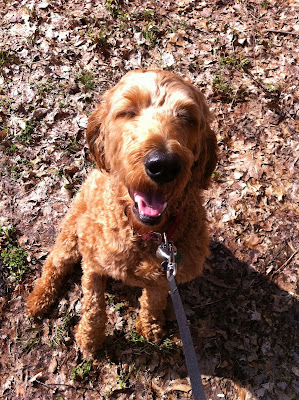 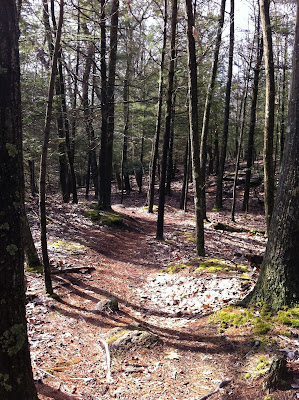 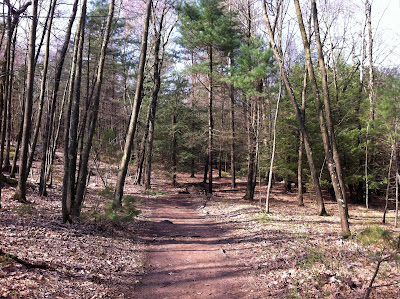 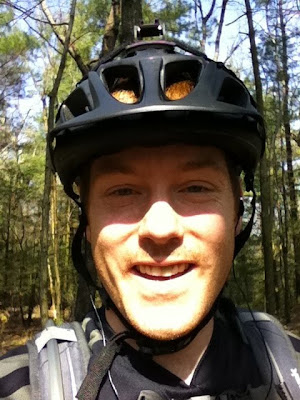 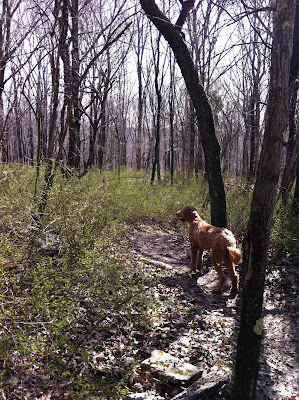 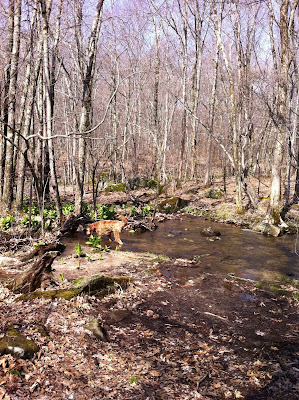 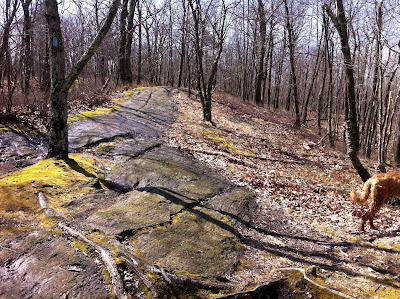 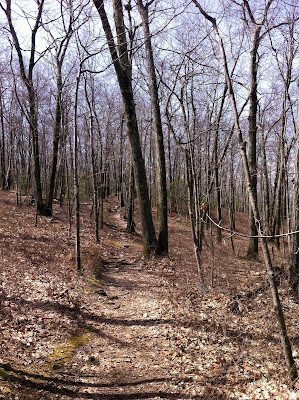 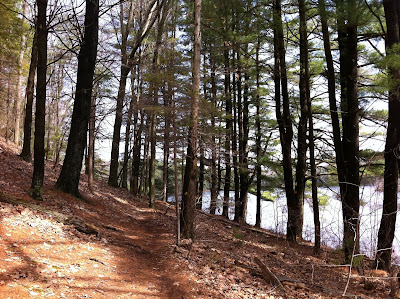 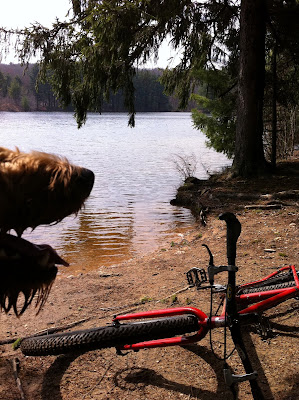 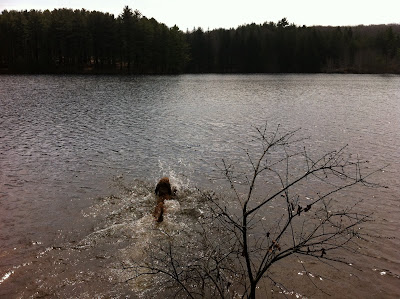 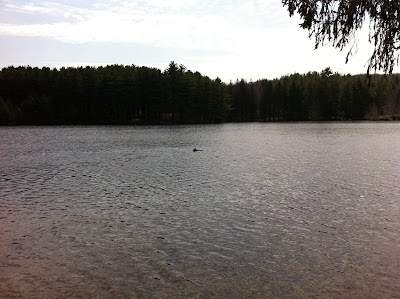 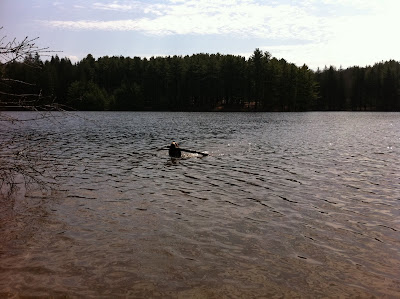 EveryTrail - Find the best Hiking near Hartford, Connecticut
Posted by TheBIkePedalingGinger at 10:08 PM