finally got to hit the trail today. Schedule was busy this week but the weather was not cooperating so it worked out good. It rained quite a bit wednesday I believer some two inches. I was worried about the thursday ride but I was assured the trails would be just fine for our group ride we were headed on. Sure enough the trails were bone dry and ripe for ripping! We started at 5:30 and Bentley could not have been more excited, I have never heard him him wimper in anticipation to hit the trail, I wish he did that before we left the house. Sure enough we got a start and worked our way up Case mountain, which is hardly a mountain by Utah standards but a hill to conquer as well. We were rolling four 29ers deep which three of them were suprisingly single speeds. We rode blue most the way which was nice since it has been awhile since I have ridden the full section of blue. The pace was fast and Bentley was keeping up with ease, we made our way up the standard climb and over to tinti which was clear of debris from the last person that vandalized it. It felt so good to be out riding, the weather was warm, the trails were moist, the big wheels were rolling smooth as I followed John, Derek and Alex. Crossed a few rivers and back up Case mountain we went. By the time we reached the bottom bentley was showing signs of slowing down finally. He was probably glad to hit the car and get some rest. Another great evening with the bike, I am so thankful for having the opportunity to ride my bike, I am so thankful for my life, so thankful for my beautiful wife and our two doggy children. I have so much to be thankful for each and every day. Not many pictures due to fast pace ride and not being solo. Enjoy 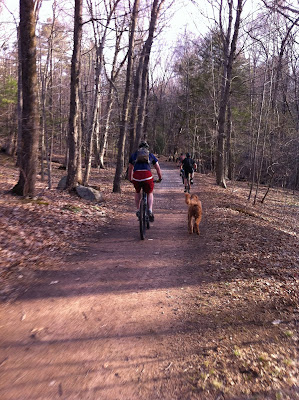 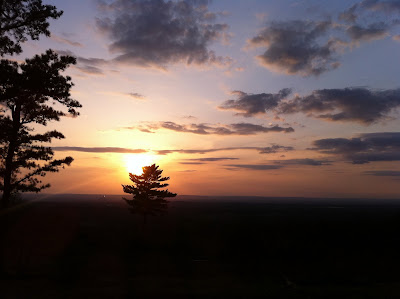 Sunset on top of Case 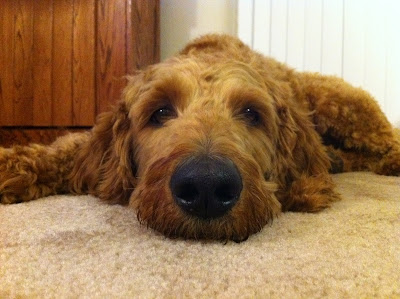 EveryTrail - Find the best Hiking near Hartford, Connecticut
Posted by TheBIkePedalingGinger at 8:43 PM