So I was anxiously awaiting the nasty weather to leave the state and it finally kind of did. For days now it has been dark cold and rainy and lots of wind. It has been not very spring like as much as I see the grass and flowers trying desperately to show their smiling faces. Allergies have kicked up a notch, nothing miserable but always there. Tonight was Meshomasic Forest over by glastonbury. This is a HUGE place and you can spend days exploring the large network of trails, I have been here maybe 4 or 5 times and this one was a great but frustrating ride. We took off from the mansions heading uphill, the legs were strong and it was feeling good being out riding. Bentley had some competition since there was another dog on the trails with us, he didn't spend all that much time riding with me which was sad but towards the end of the ride he hung with his pops. Sure enough about 10 minutes in I feel my front tire is low and I look down and it looks to be bulging a bit but I keep an eye on it and it seems air is holding. Well minutes later sure enough it went completely flat and I was forced to pull over and change a flat. Which I have not had to do once on the 29er since I bought it. I felt bad holding up the group but these things do happen so I changed it out as quick as possible. The guys disappeared into the woods and after a few minutes I began to worry about Bentley, minutes later he showed up in front of me, I was so happy he came all the way back to see me! We rode on and sure enough after a few minutes I felt the drivetrain had slack, I figured it was the crank arm which loosens up about every ride but this time it was the lock ring on the rear cog had come looses. A little tool and a rock got it back snug. Then further down the trail I Bottom bracket was slopping around, the set screws had come loose and needed tightening. Nothing major but it was weird to have 3 mechanicals on one ride, I usually go months without issue. The ride had some grueling climbs and tricky rockery but I kept it together mostly and had a great ride. As soon as I got a chance I ripped the bike apart and cleaned things up and tightened down and got the rig ready for the next trip out. Great riding with those fellas. 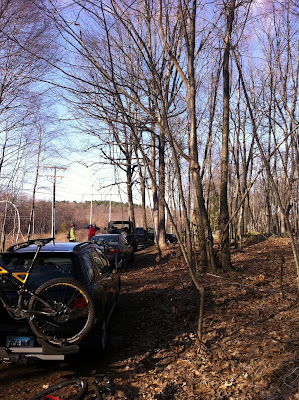 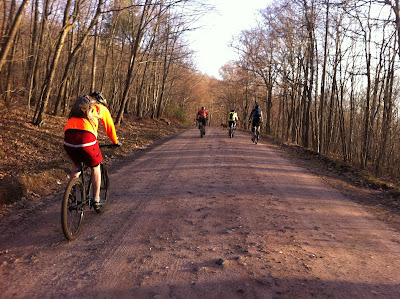 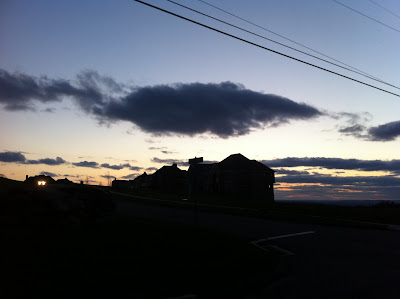 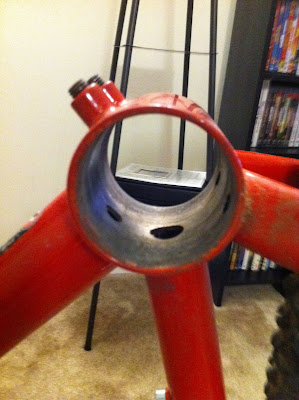 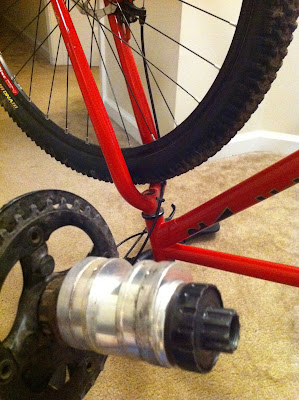 EveryTrail - Find the best Hiking near Hartford, Connecticut
Posted by TheBIkePedalingGinger at 11:04 PM