So the rain has finally given it a rest which allowed me to finally get out to a new ride location. The day was long at work and not very welcomed but the after work ride was extremely welcomed! It was set I was out of work before 4:30 and headed home to retrieve some gear and my loyal riding companion. I arrived home and slid his bell and tags around his neck and the coward went right into his crate, he clearly stated that he wasn't interested in going anywhere with me. I took a little offense to it but I knew sunday he had a long day in my parents yard with a tennis ball so I found it in my heart to forgive him. So off to this unknown place called Bigelow I went, it was a 30 minute ride up 84 and I arrived at a good time of 5:30. This gave me plenty of time to explore the area and figure my way around the joint. I headed down the 170 road which I drove in on and a few hundred feet later I was on the blue trail cruising through the woods. I was really enjoying the trail things were pretty smooth and the woods were open and welcomed. Through the pines I went at a pretty fast pace, allowing for occasional stop to take pictures, got quite picture happy in the first hour of the ride. I got to give people something to look at, soon I will bring the tripod to the trail and really get some action shots. The trail was a little soft form not seeing too much traffic since it's a pretty quiet area after all. I made my way from the blue trail onto the white trail which at first was a mess, a lot of downed trees and I lost the trail twice, it wasn't long before I got to meet some local wildlife, this consisted of a eagle screeching his head off and then as I happily walked under him it decided to buzz a foot above my head sending me into a question if this things going to try to rip my head off. It persisted to fly around me and screech it's head off for a few more minutes and then the jerk flew even closer to me, I could see the talons on this thing and surely if he wanted to he could put me in a world of hurt so I decided it was best to move on quickly. The White started to open up and was quite a fun ride and then shot me down very steeply into Breakneck Pond. I pedaled down the dirt road into massachusetts which was kind of cool crossing state lines on the ride. I then climbed up a short hill onto the blue orange trail which started off cool until it got to some swamps and then climbed through some giant boulders which was cool and adventurous but the mosquitos were feasting on me. It went all over the place and then climbed steeply up to the ridge and finally some long awaited pedaling began on the ridge which was very welcomed. The ridge was really fun, it had some rocks and flow sections, even had a great view overlooking some hills. Headed down he ridge and eventually hit a wide fire road where I began to make up some miles, somewhere along that road I missed a turn for blue orange but it wasn't a big deal, I wasn't about to backtrack. I took a right turn at a intersection and it landed me into an intersection of the blue orange which was great so I hopped on and enjoyed the ride, lots of open woods and some remaining sunlight, lots of flowers and some real fun single track. I finally made it close to the car which gave me three options, ride around Bigelow pond, ride up the overlook trail or shoot to the road and be at the car in 2 minutes, I chose the in between route which was Bigelow pond since daylight was short and I was still feeling strong. It was the yellow trail and it wasn't a very good mountain bike trail, it was skinny, it was rocky and just not a good mellow trail to end the ride. But I persisted and sure enough was at the car. Was a great ride and can't wait until my day off tomorrow, I am thinking day pond or ragged, we will see where I end up 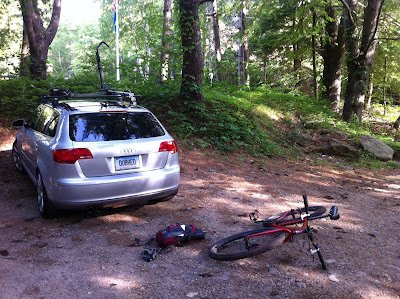 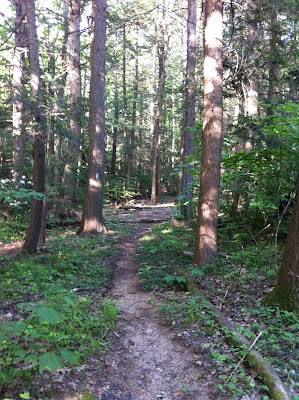 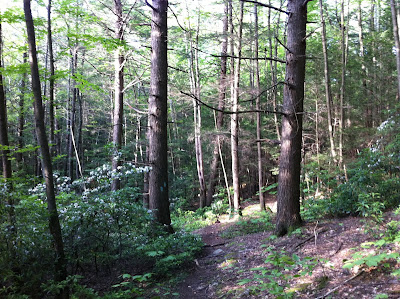 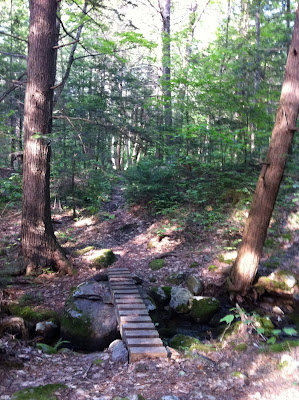 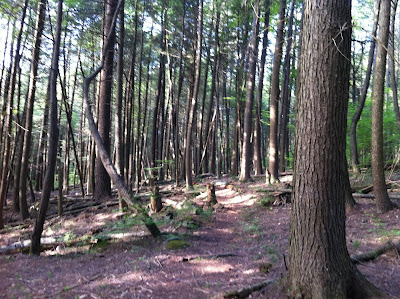 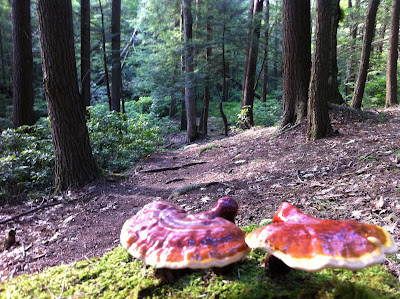 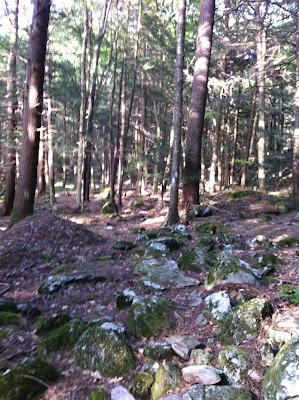 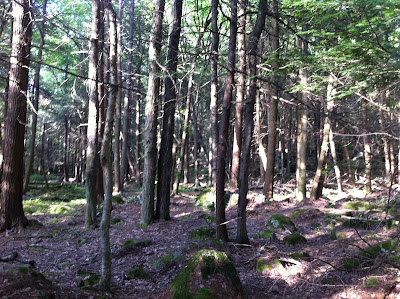 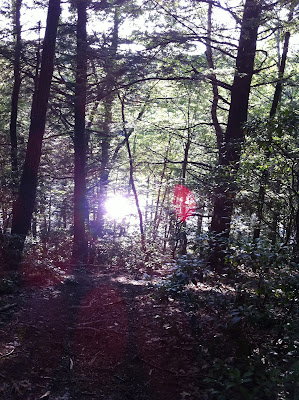 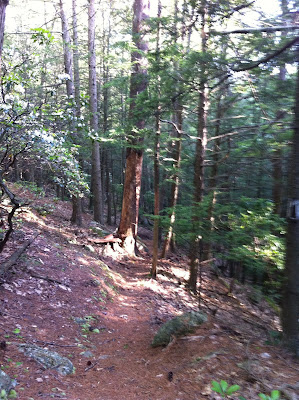 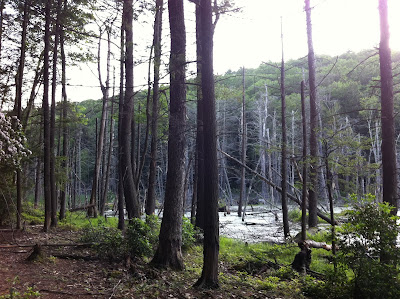 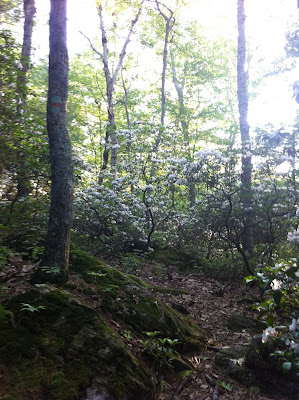 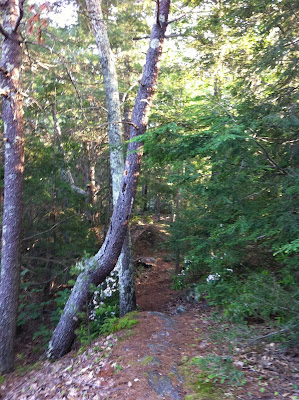 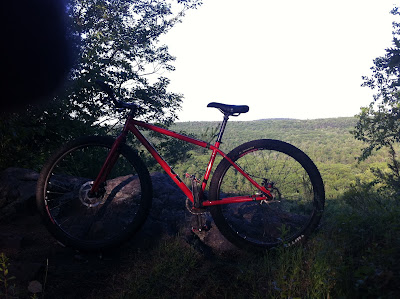 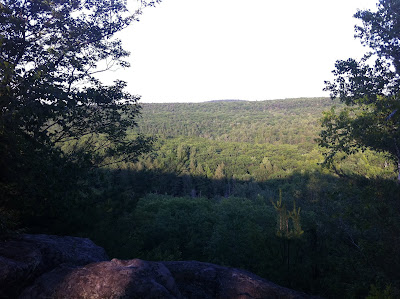 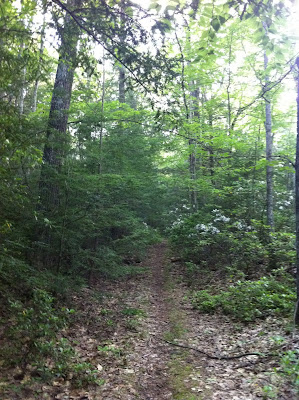 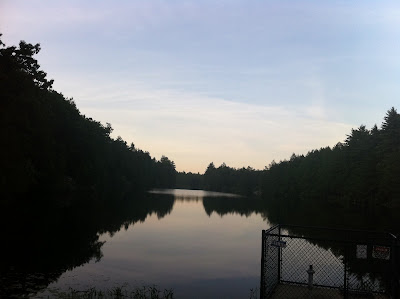