Wow is all I have to say, tonight was a great ride with the guys at Meshomasic State Forest. I arrived 30 minutes early to start pedaling off a rough day at work and Mike Hartford was already there waiting for the action. I was anxious to hit the trail so I headed up what I thought was the jump trail but ended up being just some double track that led up to the jump trail. Made my way down the jump trail and admired the work that was put in to them, while I was heading down I came across Mike which gave me a little surprise and was good to have some company. We then finished the trail off and hit the parking lot to meet up with the rest of the guys. Got a good 6:00 start up some nice smooth gravel road and then onto a trail that went up and up and never seemed to have stopped, it was down right grueling for me and those guys put me to shame as they tore up it with ease. We got to the top and I was feeling 100% of the trail through my legs and lungs and it was good to get the beating but we were probably 20 minutes into the ride! The trail then got downhill for not very long and then very very rocky and once again my balance and control was tested too hard, but I like to think I am getting better. Back to the gravel road and back up some hills we went and rode some more stuff and eventually found some more jumps and enjoyed hitting a few of them. It was really fun enjoying some of the trail features other than rocks and roots. We pedaled on and rode lots more and surprisingly the legs held up but by the time I got to the car I was definitely spent. Not many pictures since I never get a chance to and it would surely put me far behind them but none the less I got a few for viewing pleasure. Great ride with those fellas I am glad they let me tag along. 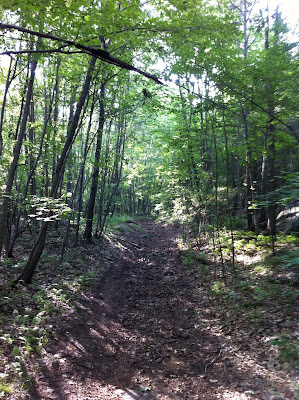 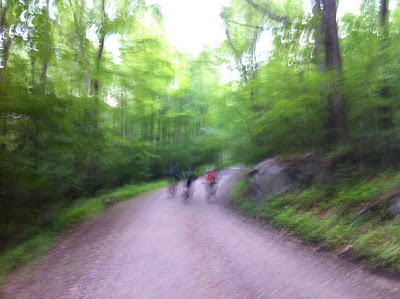 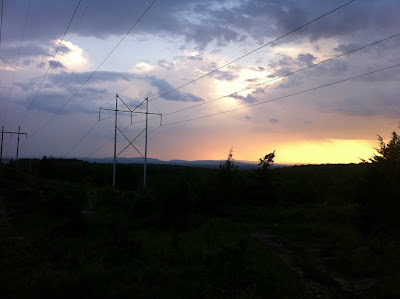 EveryTrail - Find the best Hiking near Waterbury, Connecticut
Posted by TheBIkePedalingGinger at 9:50 PM