Never Too Much of a Good Thing

So the rain had hit hard and fast friday morning, it was gone by 11:00 and left some partly sunny skies which was not good enough for a ride so the plan was to hit Case after work saturday. Yes I was forced once again to ride good old case due to the weather. I sped out of work and grabbed my loyal pooch was on the trail by 2:30. The air was humid and warm but it didn't really phase me, the bugs were bad once again...hate those little buggers, I find them cruising with me on my ride if i am not going fast enough, today I spotted 3 or 4 of them off my right shoulder while I was riding and probably stuck with me a couple hundred feet, it was a little creepy and desperate of them but I was glad to get rid of them once I got some downhill. Not long after I was on the trail I spotted a familiar rider Derek. He was fiddling with his ride and I rode up to him to see how he was doing and if he wanted some company. So off we went down case mountain, I was swerving rocks while he launched off them on his cushy big rig, made me wish I was on my suspension but I was happy to be on the raleigh. We took yellow black over to blue and a mile or so later disaster happened to his drivetrain. He uprooted a rock that decided to kamikaze into his derailleur sending him off the trail and into a lenghy fix. He insisted I go ahead and I was on a little bit of a hurry so I shot off down to the river and up to the power lines, down them, around the lake and back up Case Mountain. The trails were great despite the bugs and some mushy spots, also some kind of Deer like creature was stalking me, it had on some bandana and a bell, perhaps I was hallucinating from the heat. It was a pleasure to have bentley by my side and he got to meet some people and doggies which is always his trail favorite. Great ride and look forward to riding monday hopefully. 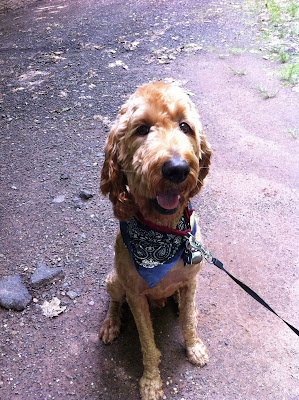 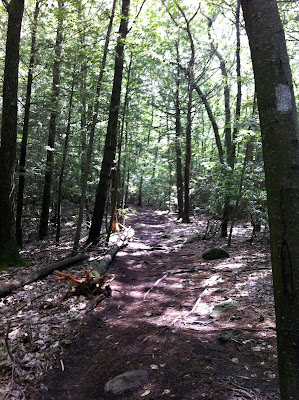 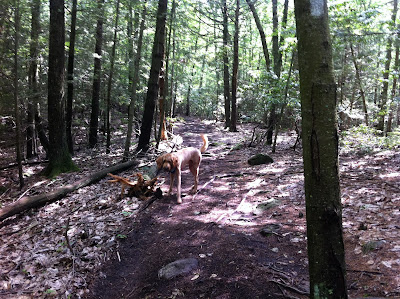 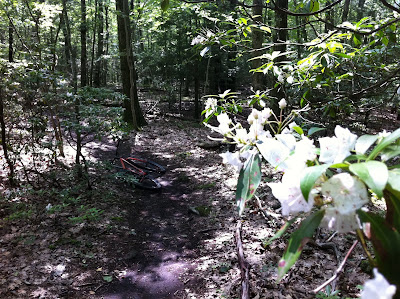 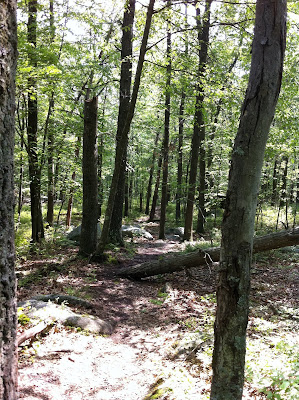 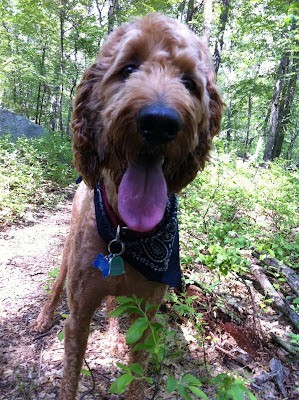 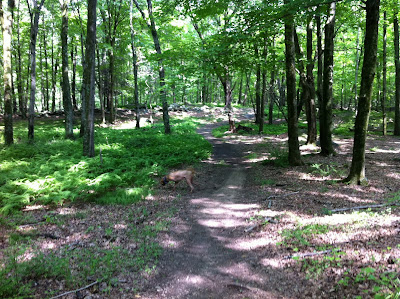 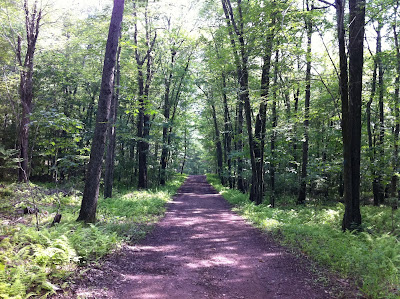 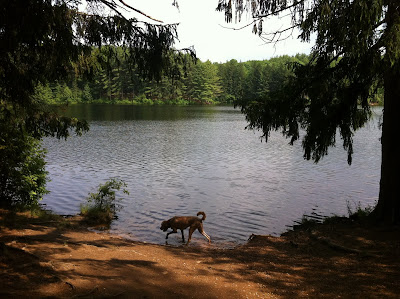 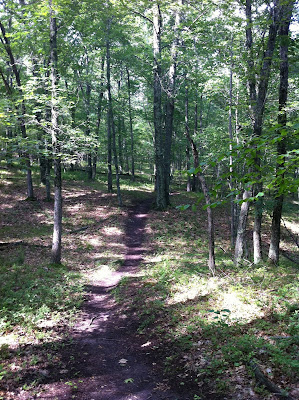 EveryTrail - Find the best Hiking in Connecticut
Posted by TheBIkePedalingGinger at 6:18 PM