I have been itching all winter to go down south to ride the famous trails down there. I have ridden a few in St George and a few in Moab but that was years ago and a lot has changed since then. I hinted to my wife last week that I wanted to go down to Moab for just one night and I was nervous to ask but loved the thought of pulling it off. Well on Thursday the stars aligned and I was clear for leaving 2pm on Friday for the 3.5 hour journey. I was crazy with excitement and could not believe this was really happening!
I got a little late start with some traffic and had made plans to ride in the dark if it meant one more ride this trip. I originally made plans to ride the M.O.A.B. Brand trails but decided to ride north of them at a trail system I picked randomly called the Klonzo trails. Arriving to the trailhead there were just a few cars and after checking out the trail map I had no idea what I was in for. The climb out of the parking lot was mellow, a mix of dirt, rock and awesome! This was unlike anything I have ever ridden, the dessert surrounding the trails was absolutely incredible! The sun was setting and the lighting became amazing, I was feeling euphoria at it's maximum as I rode the trails with a smile on my face.
Luckily there was a trail sign at every single intersection which meant I spent way less time trying to figure out where I was and where to go. Each trail was hand built for bikes by bikers form what I can tell, a really top notch system that had such flow and the landscape was pretty gentle which was a good way to start the trip. I ended up on a trail called Graviton which was the highlight of the trail system that evening. Then took borderline and headed for the southern end of the trails across from where I parked the car. I found another array of incredible trails, I can't believe I have been missing this I kept repeating in my head, this was the Moab I was looking for.
I spent a good hour on the southern end as the sun set on the dessert in spectacular fashion. Oh what a treat this was I replayed in my head over and over. After a bland run on a trail called Houdini I rode a lot of trails but it was dark now and my headlamp went on and I closed out the ride with just a little over two hours of riding.
In a rush to the campsite I got my spot and setup quick and off I ran into a quiet sleepy town of Moab for dinner. I ended up at Pasta Jay's which I have not tried yet, the food was ok, had a Chicken Parmesan and it did the trick but was far from a delicious meal. With a full belly and nothing left to do but go rest in the tent until the next morning when I would attempt the infamous Captain Ahab trail. 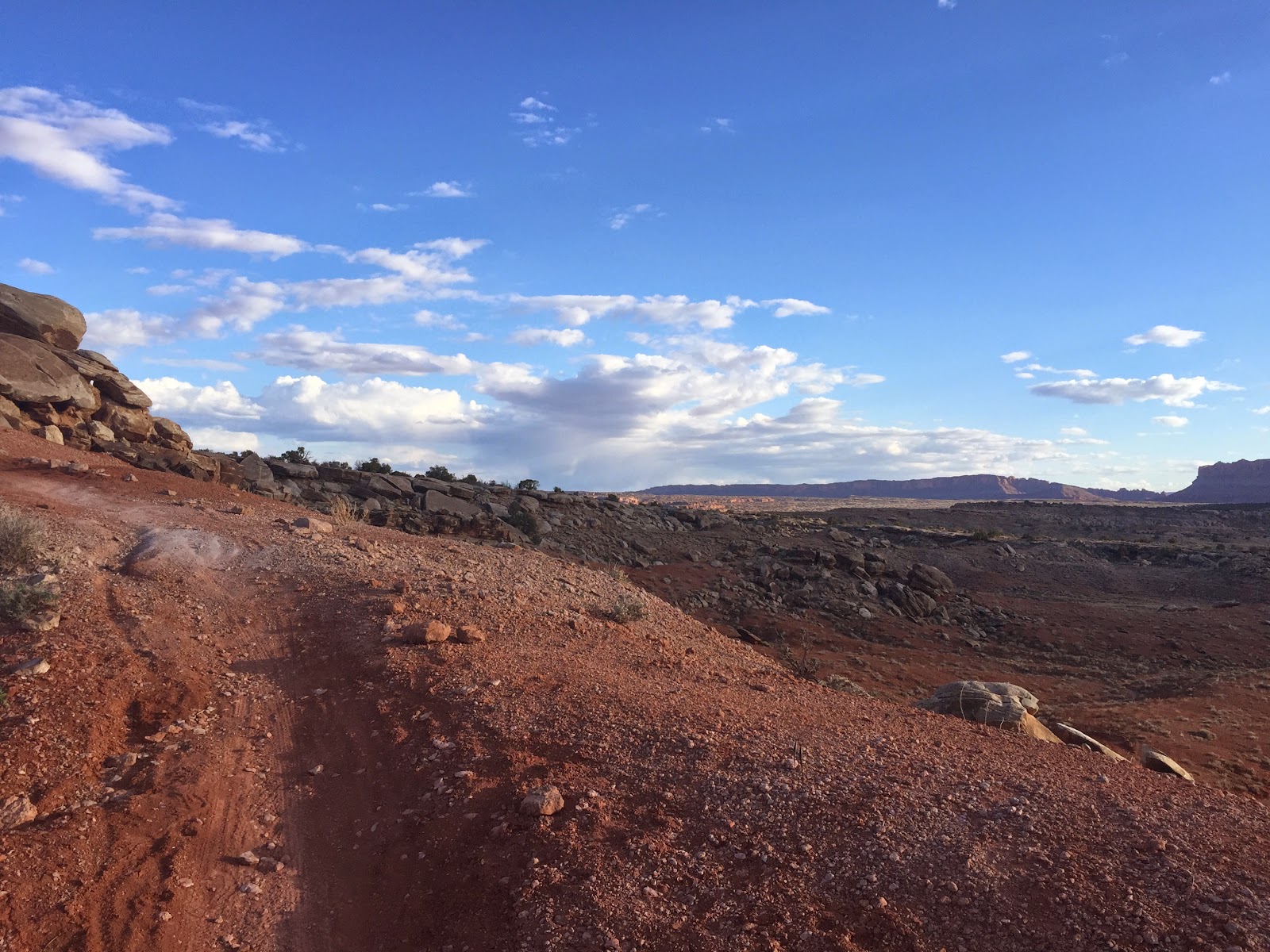 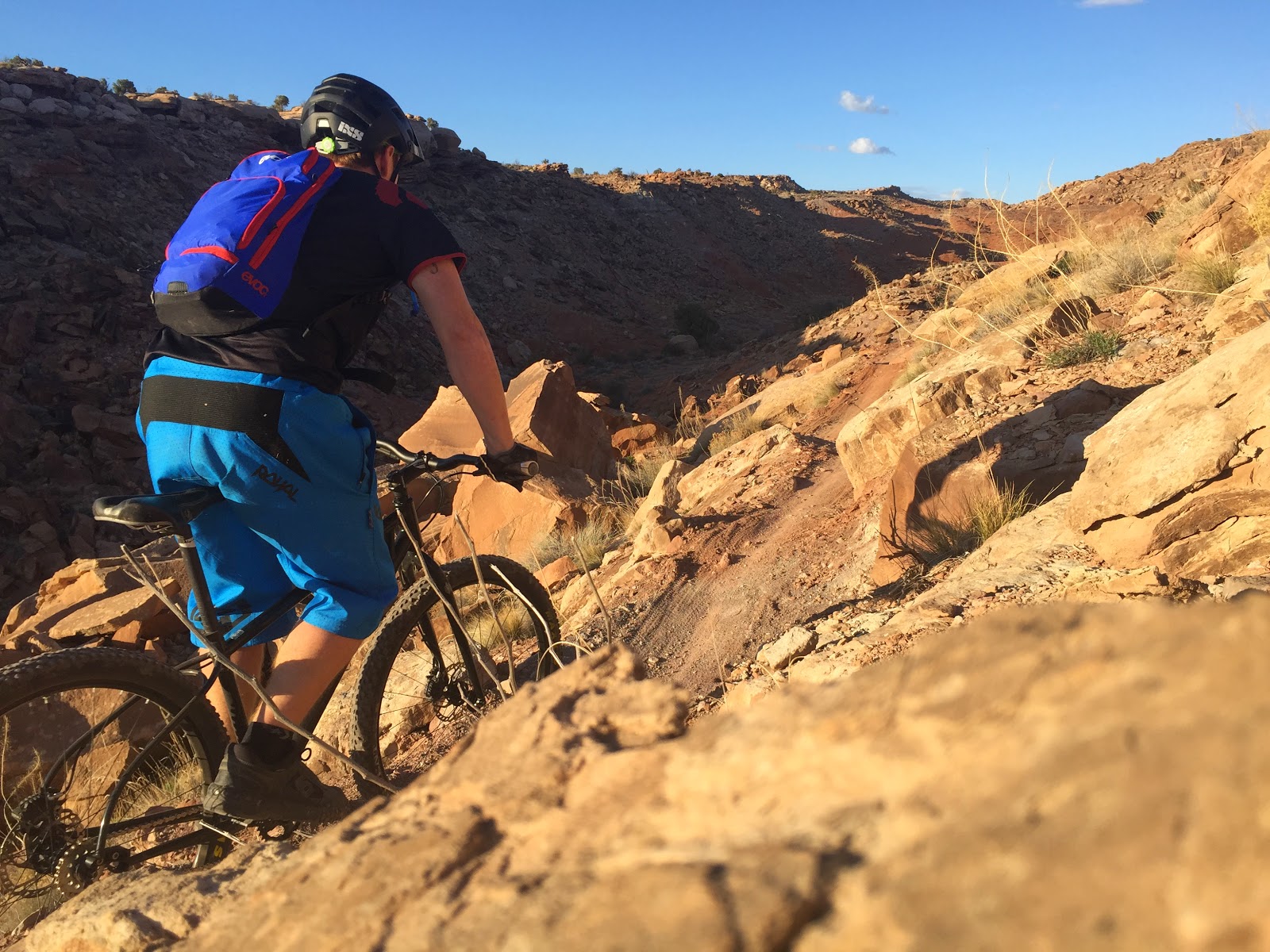 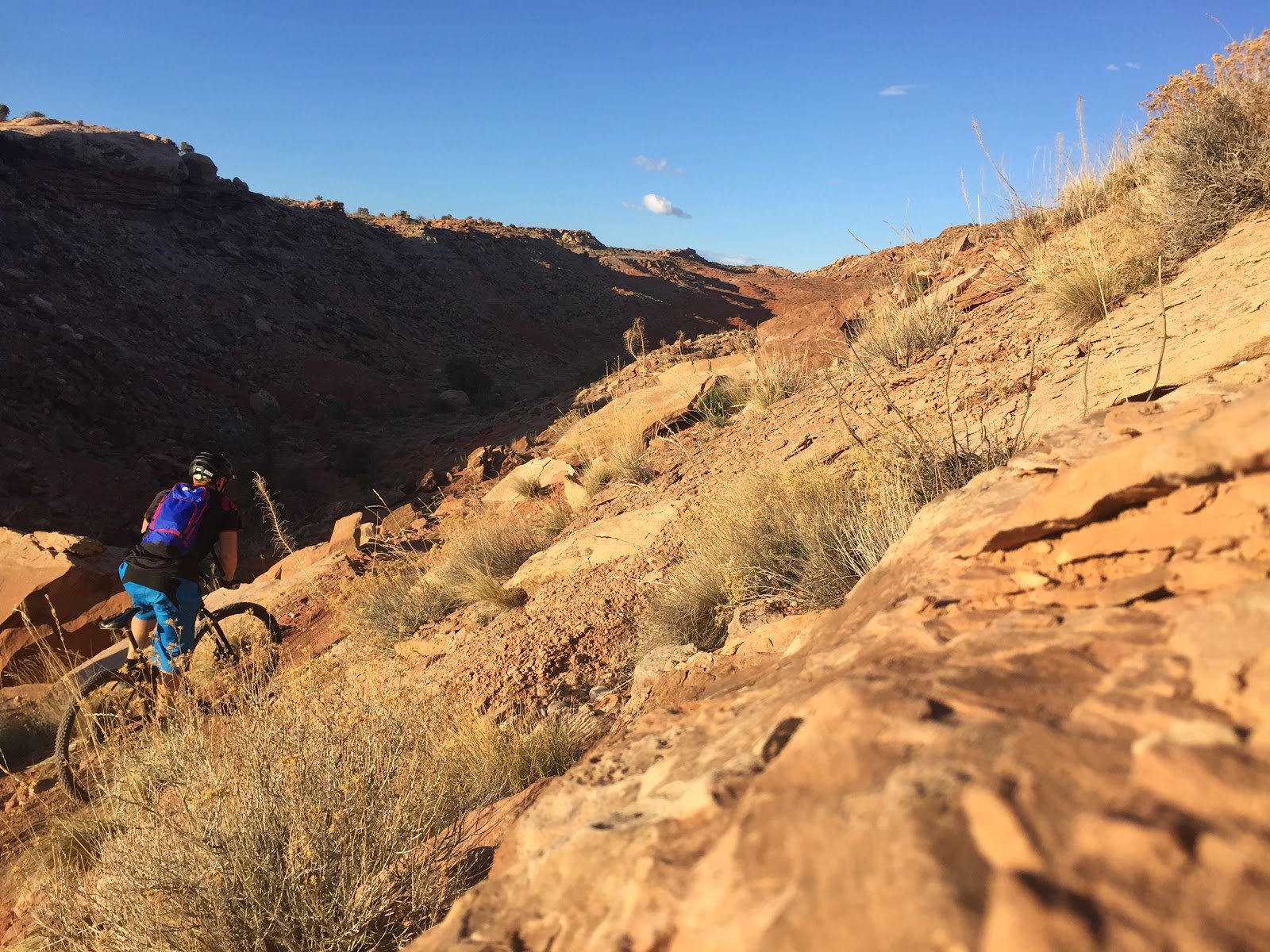 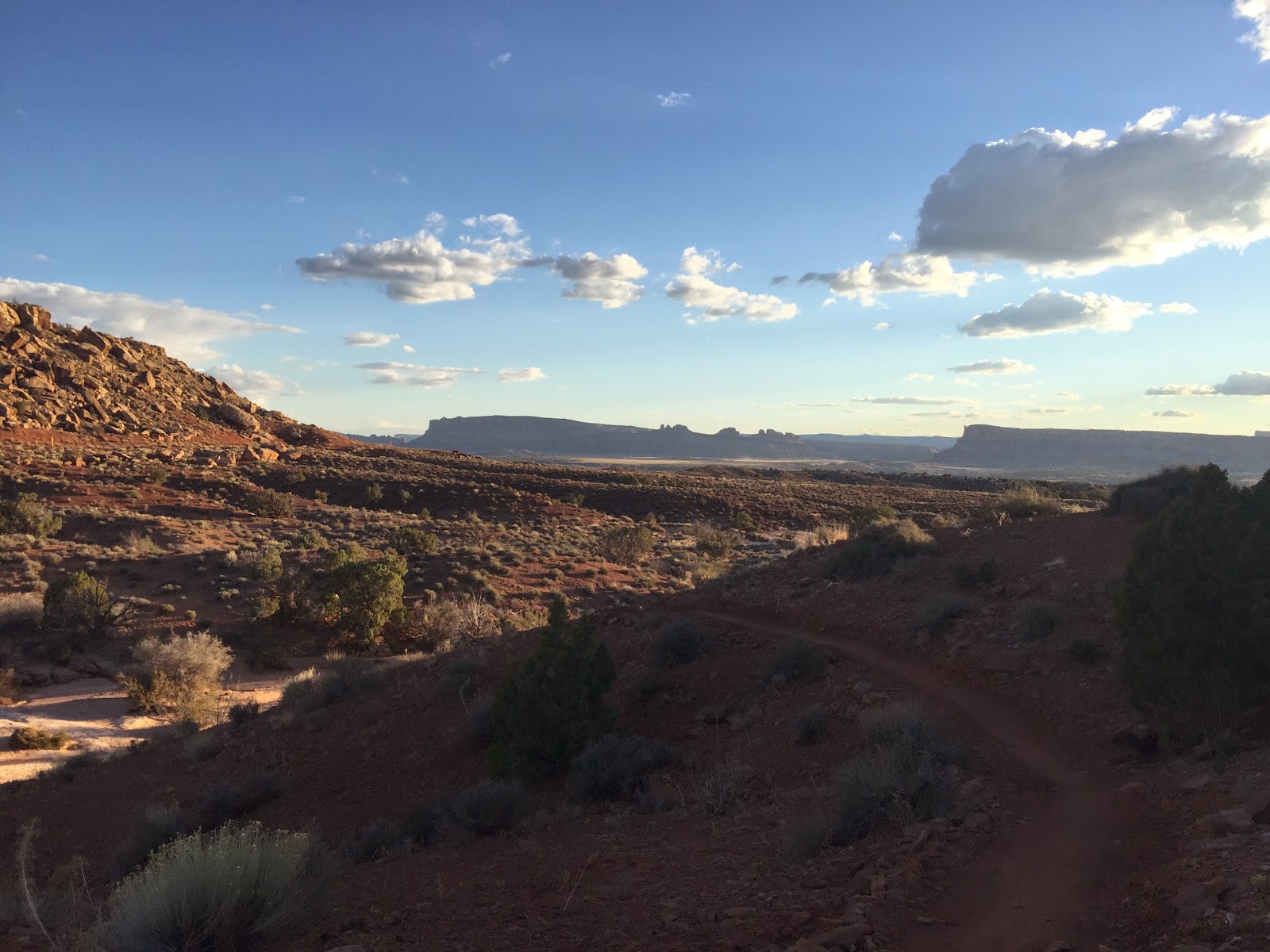 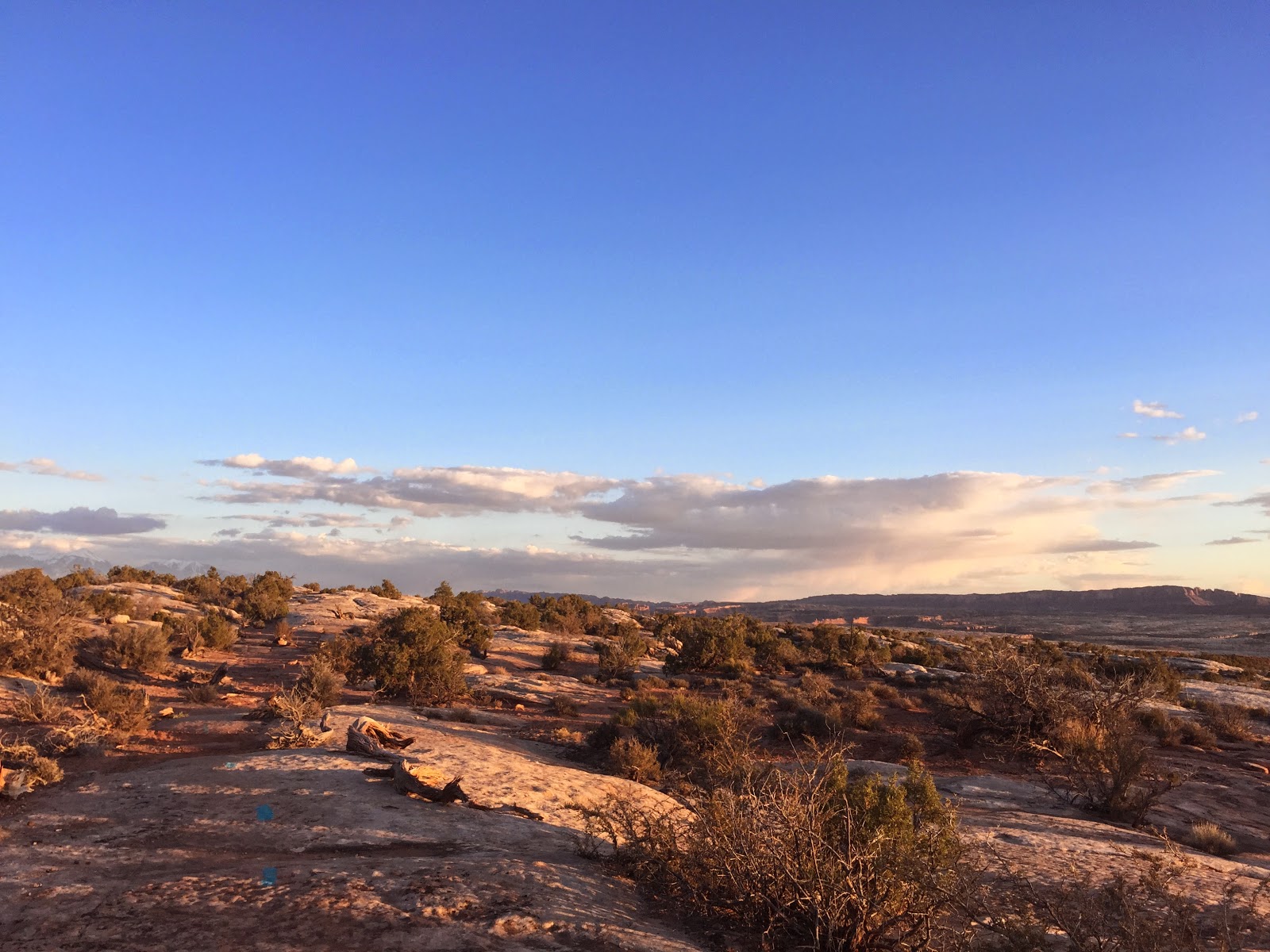 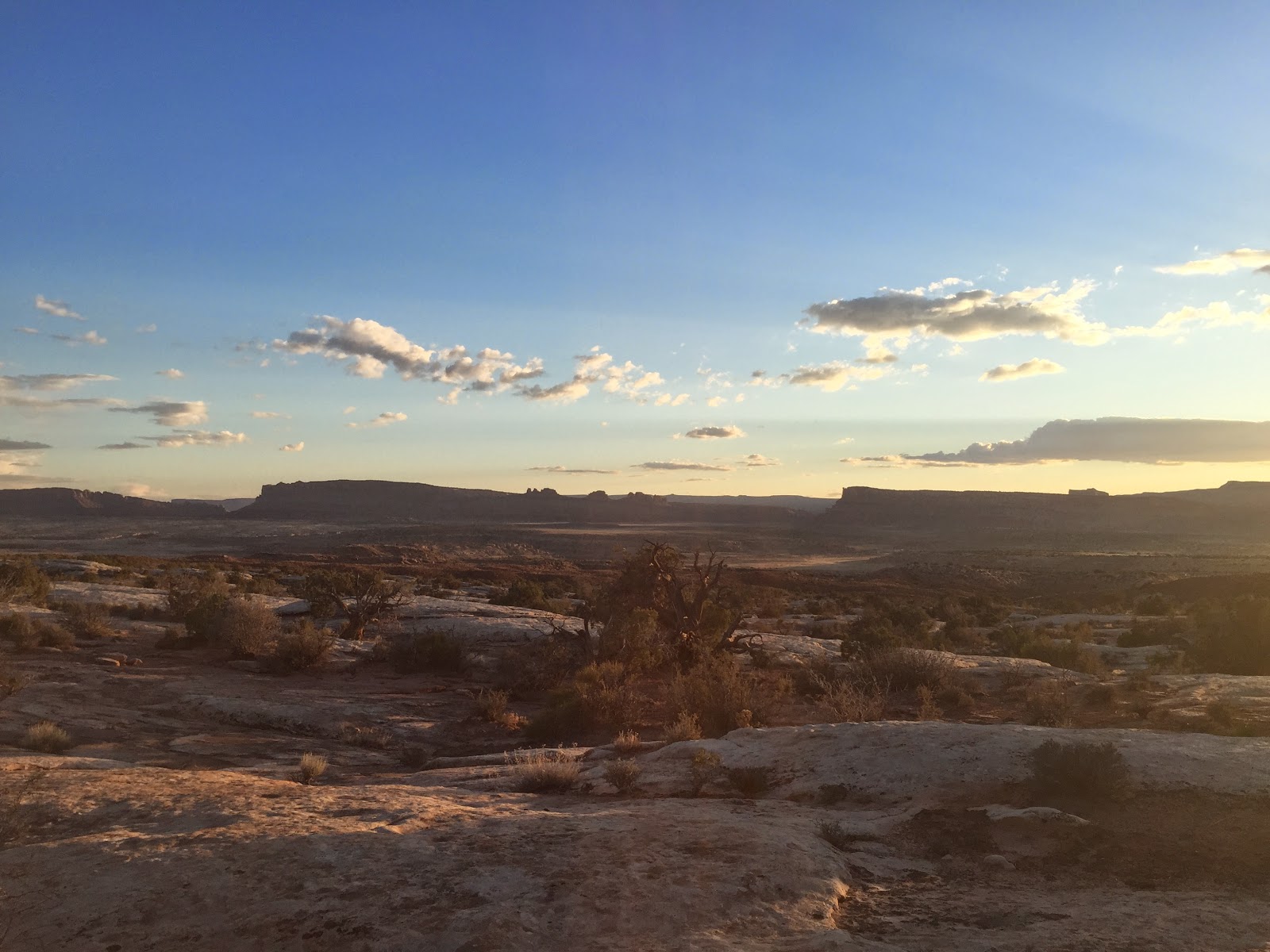 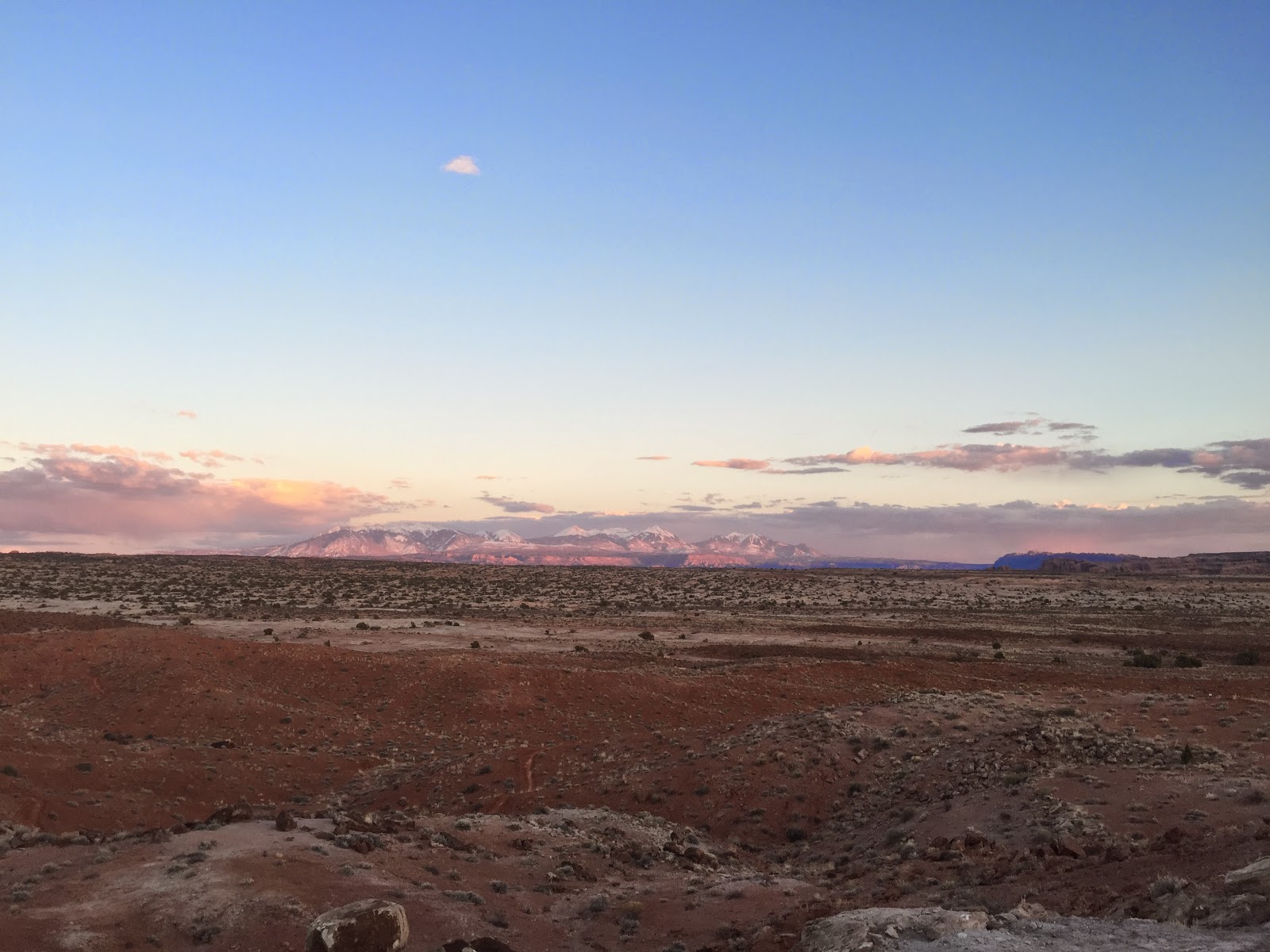 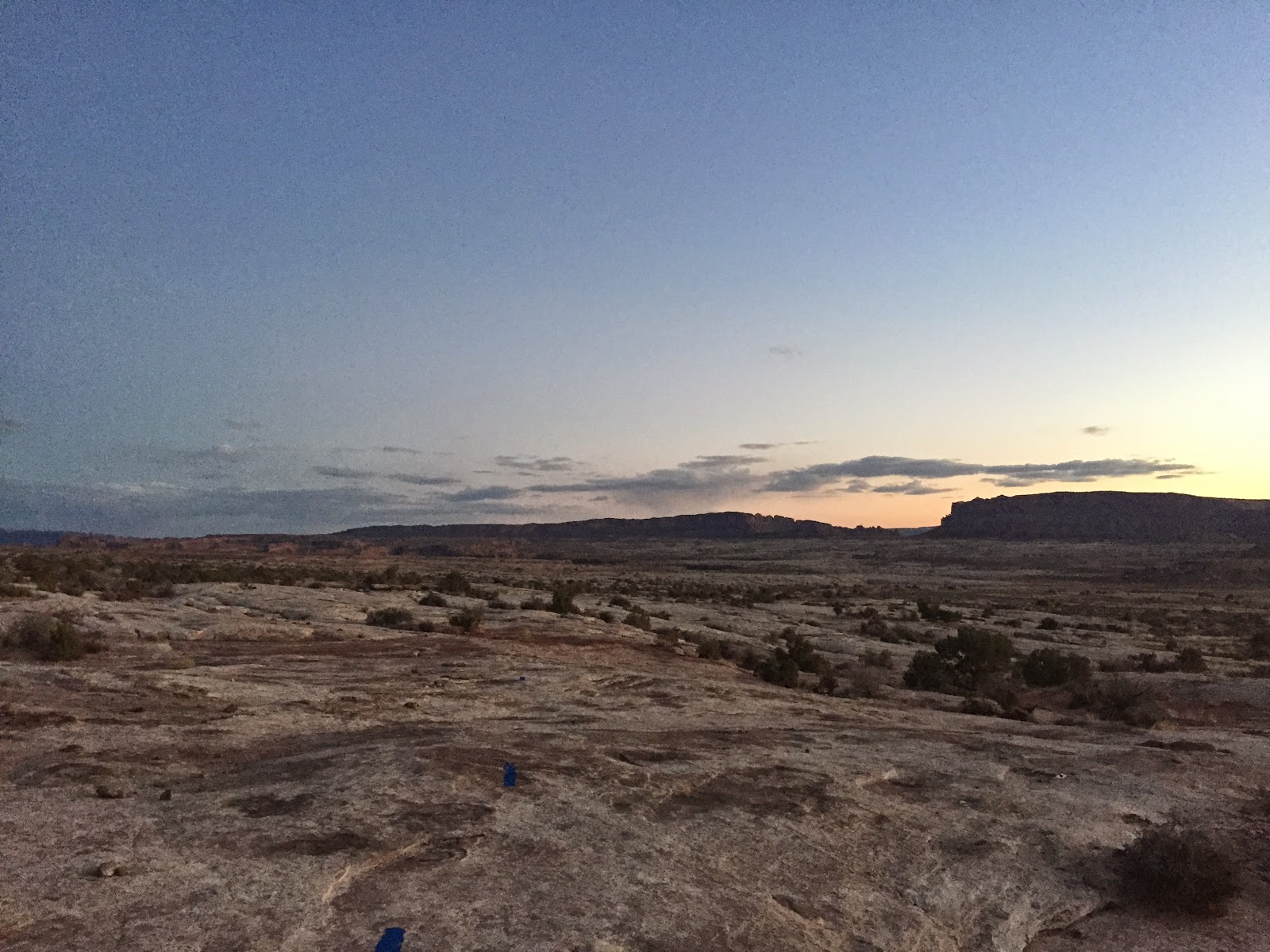 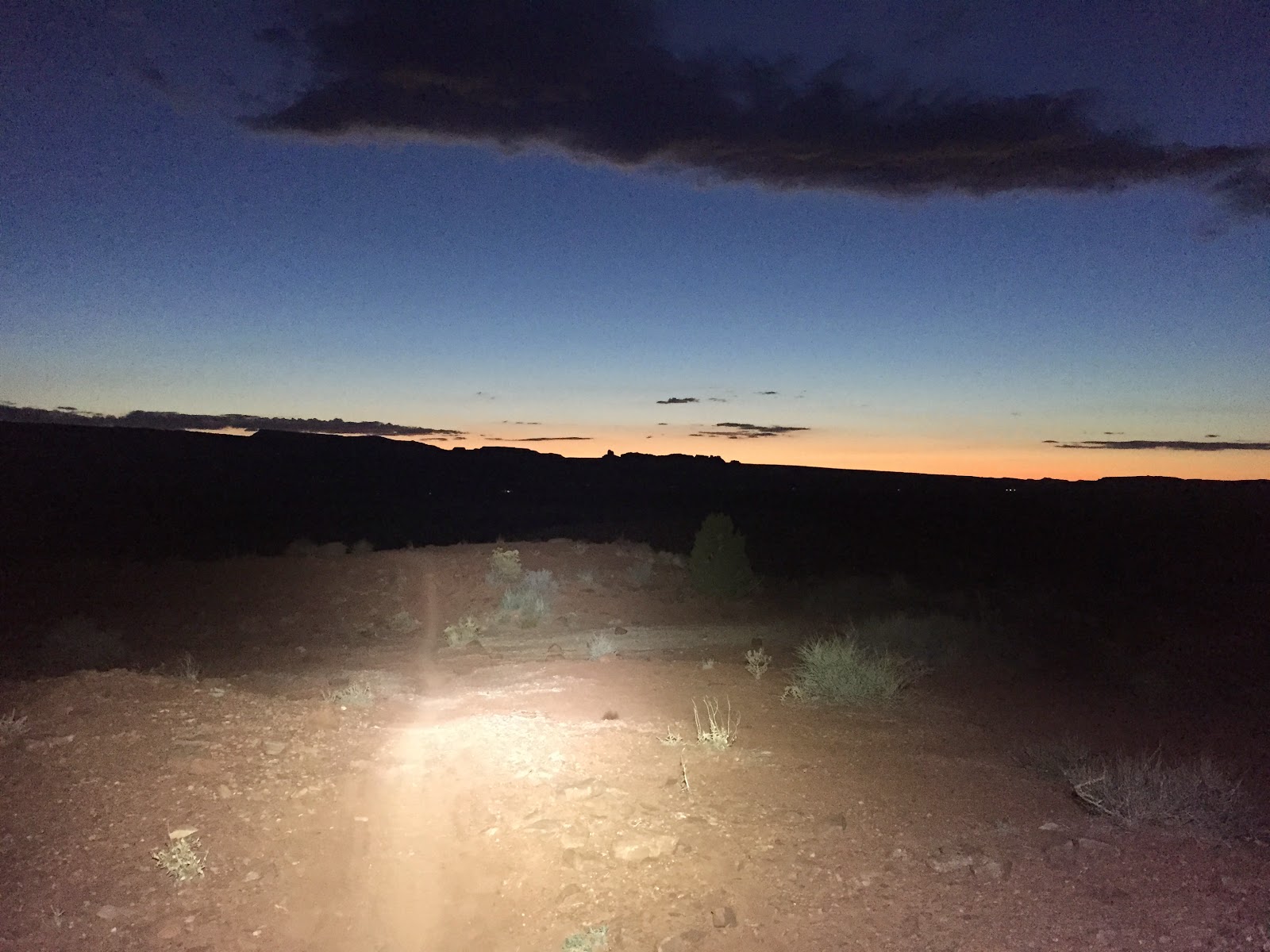 Posted by TheBIkePedalingGinger at 2:47 PM