This ride was sadly going to mark my last ride in the Moab area. I was all packed up and headed north and would stop at the Klondike Bluff trails for just one more sweet ride. It would be another set of trails to navigate for my first time with no clue what to ride so I decided I would make a perimeter loo[ on the joint. It was a vast trail system with many options, it used one hillside which made things make more sense what went up and what went down. I was planned to ride a straight shot trail called Dino out to the far end on the trails but was distracted by a trail named Jurassic which was a mess of fun. It was so flat Jurassic and was really fun ripping on my bike as it would around the hillside. I was left with the option to continue or hit Dino and I chose to hit Dino and was surprised to find another fairly flat quick trial. Again each trail was very unique and had a lot of fun built right into it involving the features of the land. Dino was longer than I expected but still making good time I hit Home and quickly the trail took a pretty good climb up the hill.
Homer ended soon and I was on Alaska which offered no end in sight for my legs as I started to feel them fatigue but plenty of power left. Alaska was a tough climb but hitting the top was a real treat. Off to the left was the Bluff, a huge valley lay below like a giant half pipe facing the La Sal Mountains. It was incredible as the trail wound the ridge, I wish I had more time to cherish it but was using my time limit to be home by five. I had to skip a lot of fun trails but stayed on the perimeter idea and eventually had to bail due to time. I was on a trail called EKG that was driving me nuts dropping and climbing and low on steam I bailed on it and took Dino all the way back to the car. I was pretty wiped but cleaned another good tour of a popular Moab riding area, what a trip. I was not that ready to go home but I had filled my quota and had a good quick trip. Loved this trip, cannot wait for the others to come! 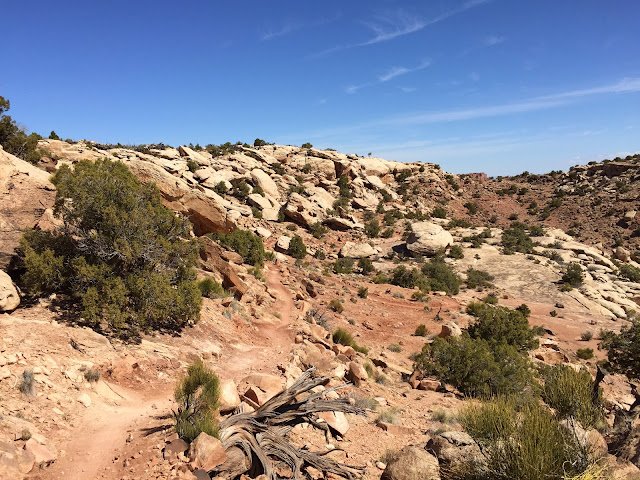 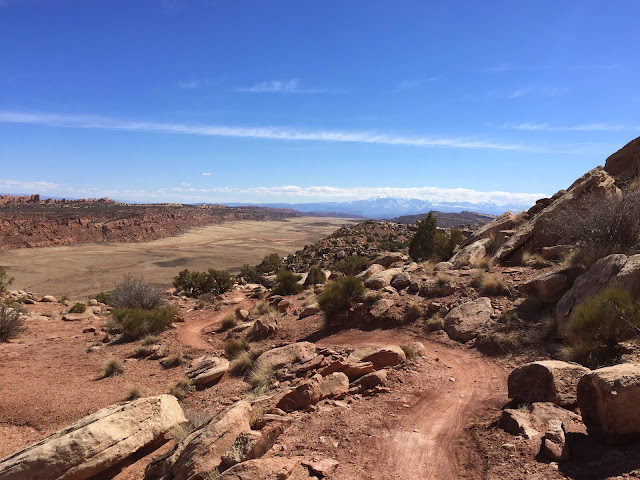 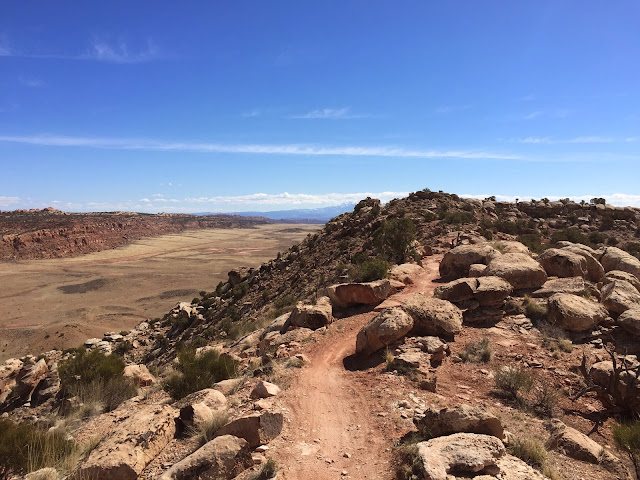 Posted by TheBIkePedalingGinger at 3:45 PM