It's dark as I awoke in my tent, I lift up my loaner pillow in my sleeping bag from the hotel outside my spot, the phone says 6:20. I feel pretty rested and was thankful for that since today was going to be a long day on the bike. I rest a few minutes to reflect my battle plan for the day, a mix of trails to maximize miles and adventure but mostly focused around Captain Ahab. Rolling out of the bag it was cold, but I was ready with all my gear right at my side to assure the quickest time to the trail. Exiting the tent there was just a hint of gray as to the start of the day and I was excited to watch the dessert come to life in front of my eyes.
Geared up the car and off I went with an idea of where to park but no certainty I was winding along a road called Kane Creek running right along the almighty gracious Colorado River. Still pretty dark I keep an eye out for the trailhead, I hit a few duds but continue on up the road assured I had not yet passed it. Theres a huge lot on the right, this is the spot! I get out of the car and snap my first two pictures, theres one car in the lot and it looks like it is going to be just the way I like it, quiet!
The air is cool and my adrenaline surging, I begin a cozy climb up the road to the Amasa Back Trail a popular jeep trail where my journey begins. I found single track dropping down and through  a small river and up I went. It was offered doubletrack for a little and then sweet relief when I hit the Hymasa trail that wound up near the Amasa Back but offered bikers a more fun way up.
So far I was not winded, I was armed with my new rigid single speed and was finding Moab to be a breeze on it, a weapon I would not have normally brought due to the amount of rough rock but being my only bike I was so glad I had no choice. The place was lighting up in orange, it was absolutely stunning view for my eyes, I was in blissful joy as I climbed on in the setting. I passed the midway point for Ahab and I kept on going until I peaked a flattish area and got my first glimpse of the sun. I could see the land surrounding me and was taken away by the scenery, this place is incredible, I need to come here more often.
I had reached the end of Hymasa and was now going to ride the 4x4 road down a little to the next trial called Pot Hole Arch Trail. It was pretty straight forward ride down the ridge and was making great time and loving this ride as I hit Pot Hole it was a short ride along slick rock that offered tons of grip and fun. I hit a dead end and did not even know I was at the Arch, it was pretty small but very unique. I hiked above it and caught a view over the Colorado. I wish I spent more time sitting there but I was tight on time. Got my pictures and off I went backtracking the way I came. When I arrived to a trail option called Rock Stacker I was nervous I would burn too much leg before reaching Ahab and it had warning signs all over warning of its serious nature. I was hesitant but once I got into it I hit a really hard to ride spot and questioned pressing on. The trail mellowed as I went on and I really wanted to add this loop to the ride so I pressed on. I never encountered anything that bad after that initial obstacle, this was going to work! It was over before I knew it and I headed back on the 4x4 to the top of Captain Ahab.
Still not a biker or person to be found I was thrilled to have it to myself. Ahab started off pretty tough on my legs but it was nothing I could not manage. It went up and down and all around and was pretty fun but by now I was ready for a good DH. I would not get it until the midway point things started dropping pretty good. The last section as the most fun as you wind along the riverside on narrow twisty single track. It came to an end quicker than I expected as I found quite a few bikers beginning their climb up Hymasa and they had a chat with me and I was off. I was stoked out of my mind this ride went so well, I thought I would burn out somewhere but I was ready for my next ride. 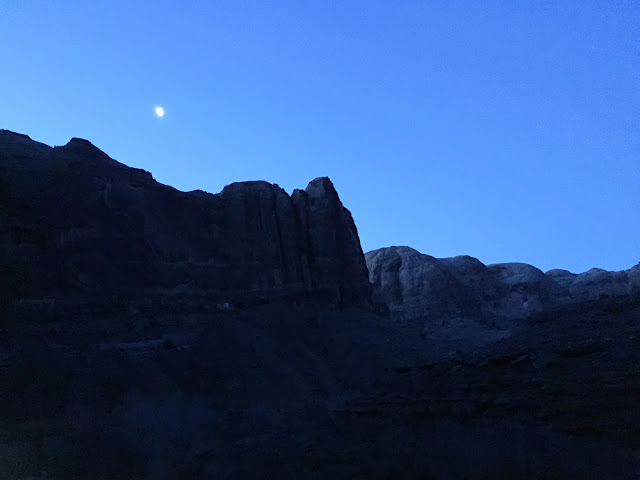 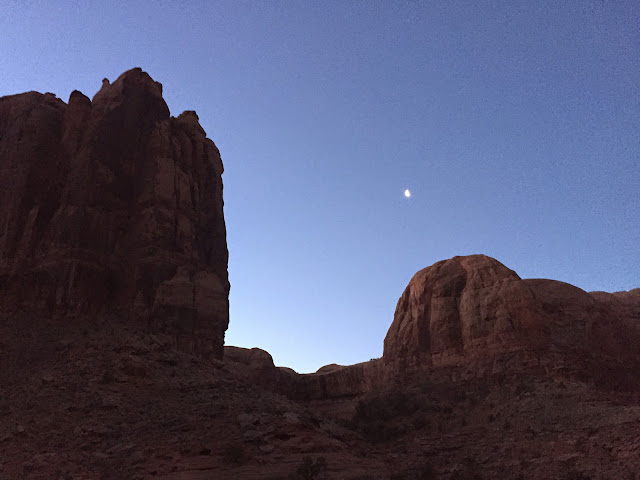 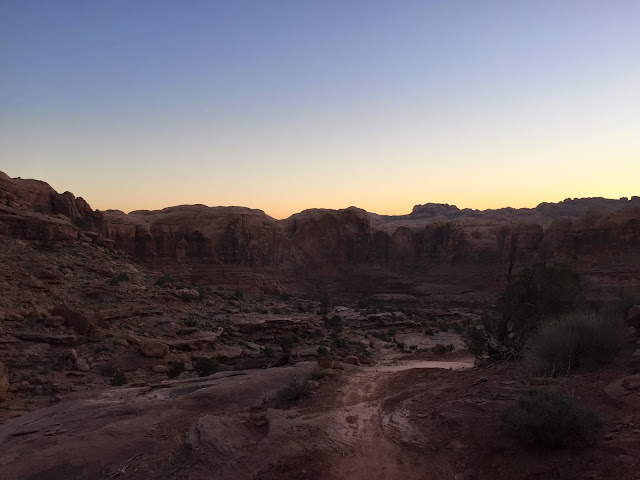 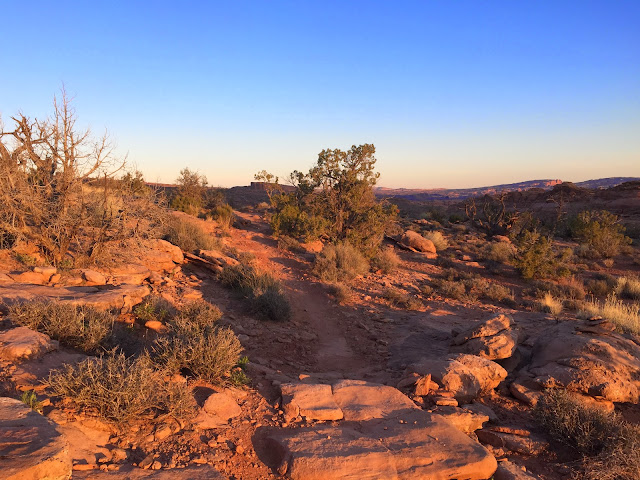 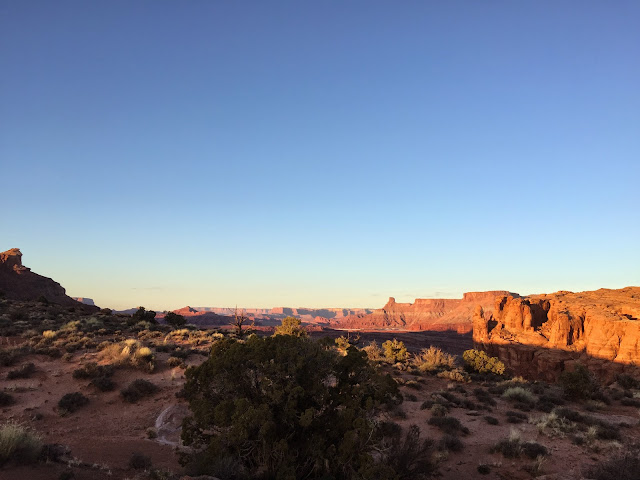 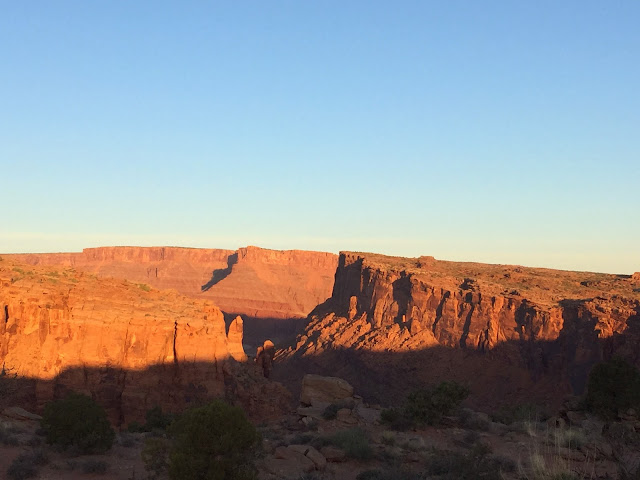 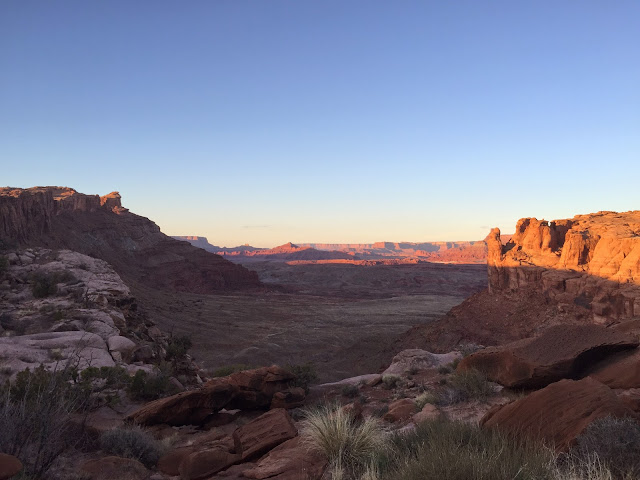 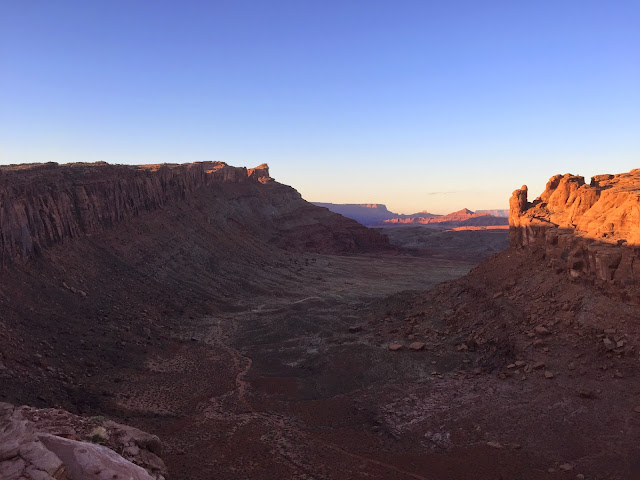 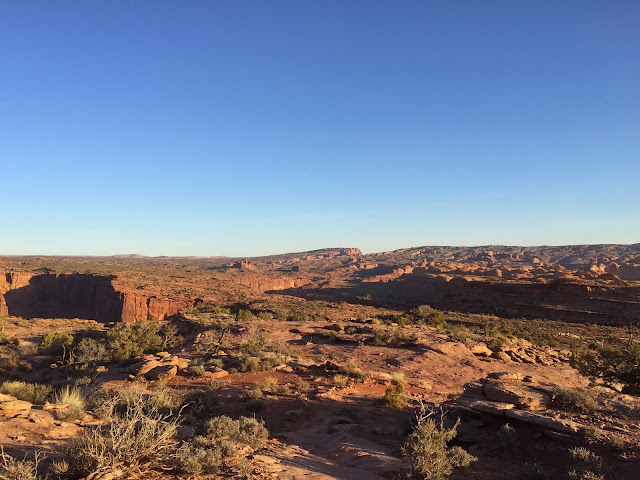 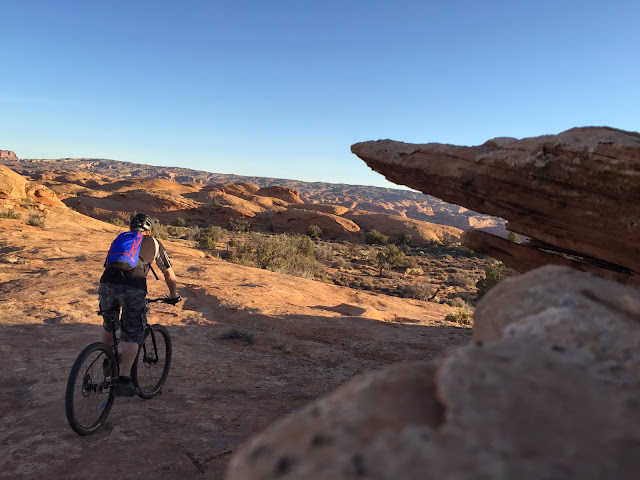 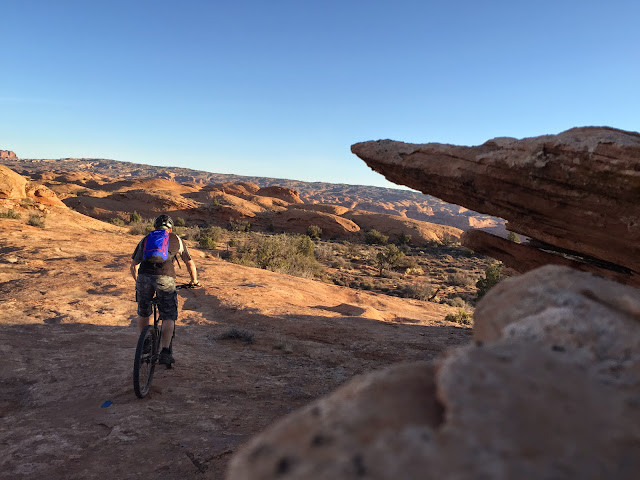 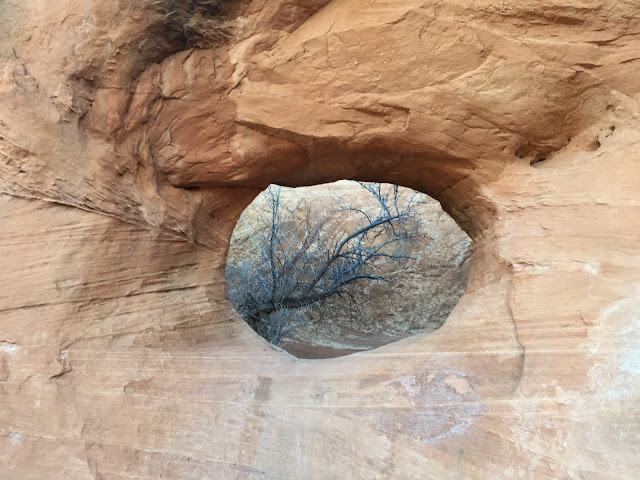 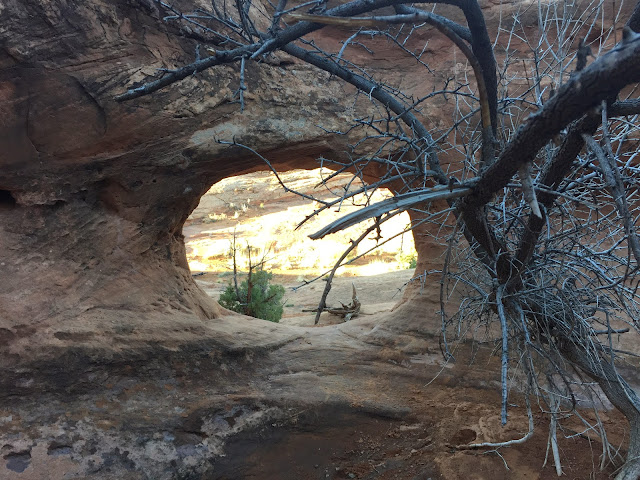 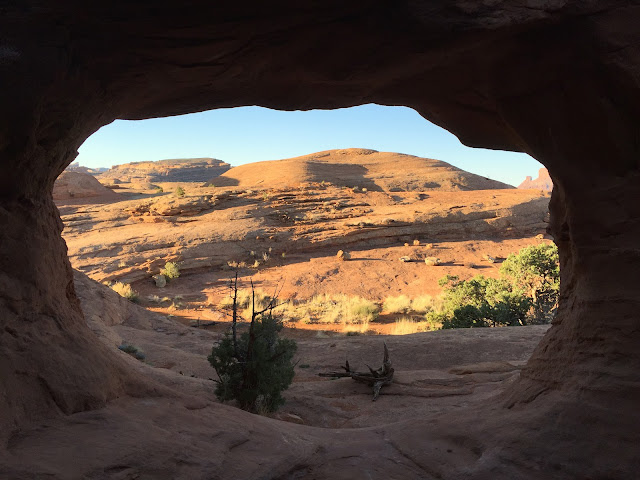 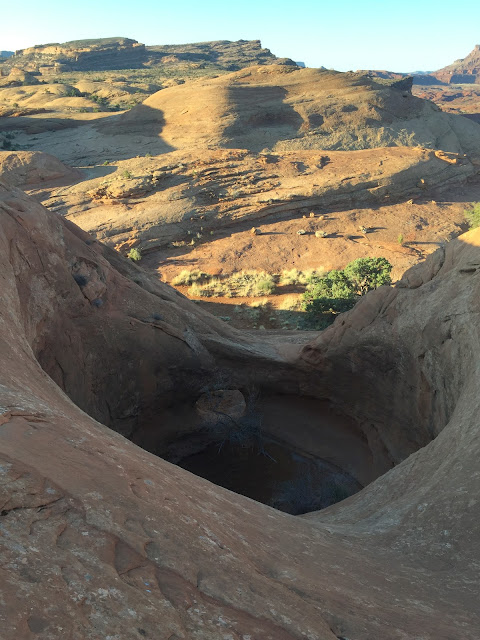 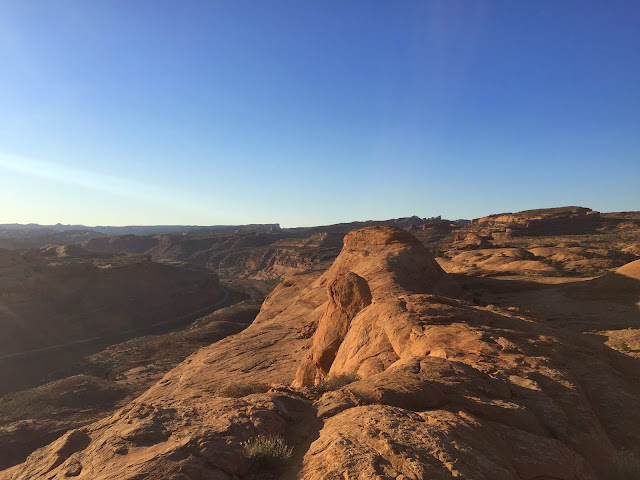 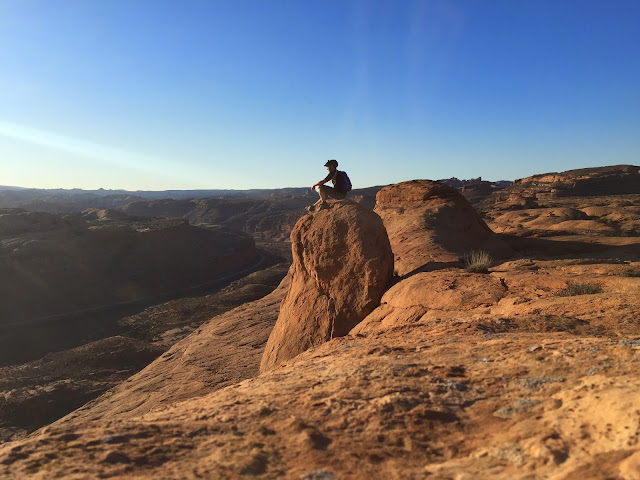 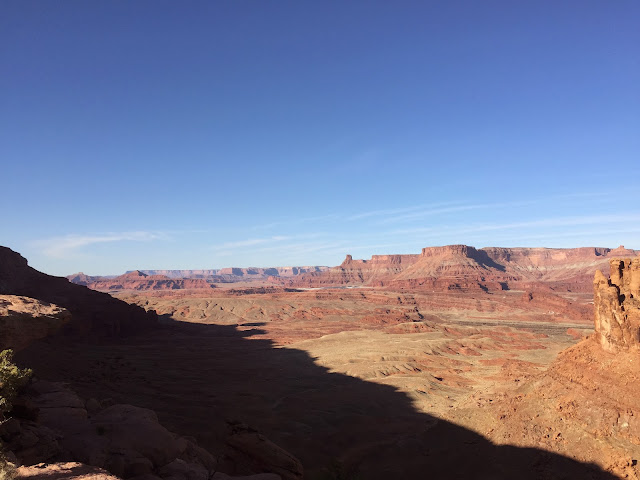 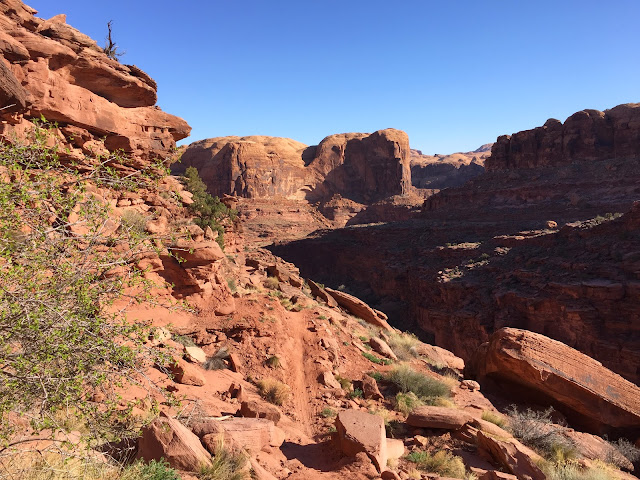 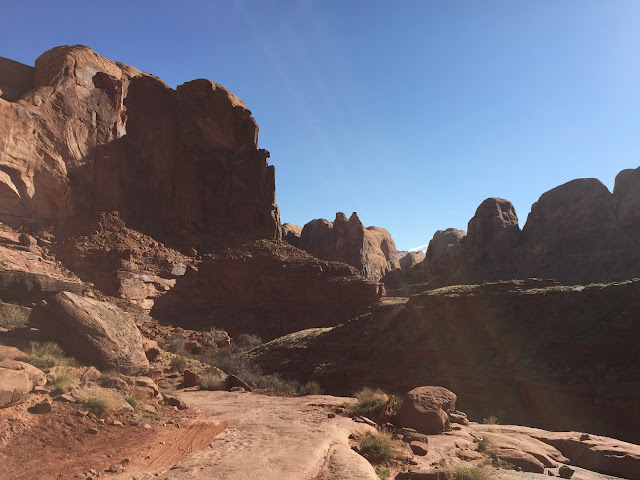 Posted by TheBIkePedalingGinger at 3:26 PM