Another Tuesday came and went, Landon went to school and I found myself anxious to ride as usual and after dropping him off I went for a go at the Herriman trails. I was surprised to find my legs full functional after last weeks miles and I was thankful. It was a straight forward standard loop on this trip, I must say I have already grown bored with the trail system but still happy to be able to ride anything really. The trails have not smoothed out much this spring like I had hoped, they're still very bumpy from lack of riders. Closing out the final loop the cranks felt funny and upon looking down my crank arm was making its way off. I was pretty surprised it made it as far as it did, luckily shimano uses pinch bolts to secure the crank so I won't need new cranks like this other junk cranks I have owned.
When I was picking up Landon up from class he spent a few minutes playing with Dad's bike, I took a few pictures of his cuteness! 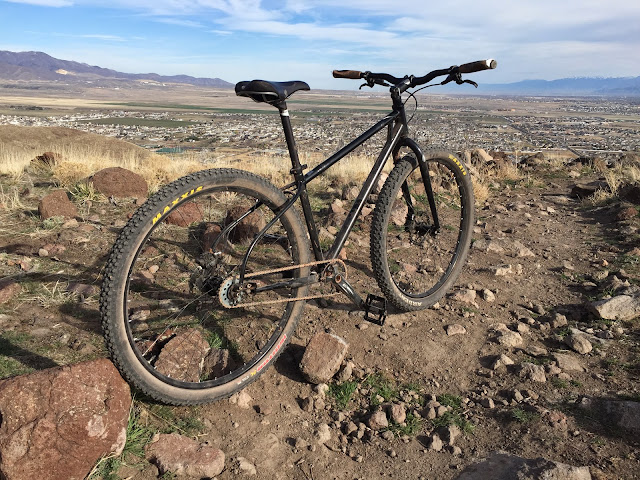 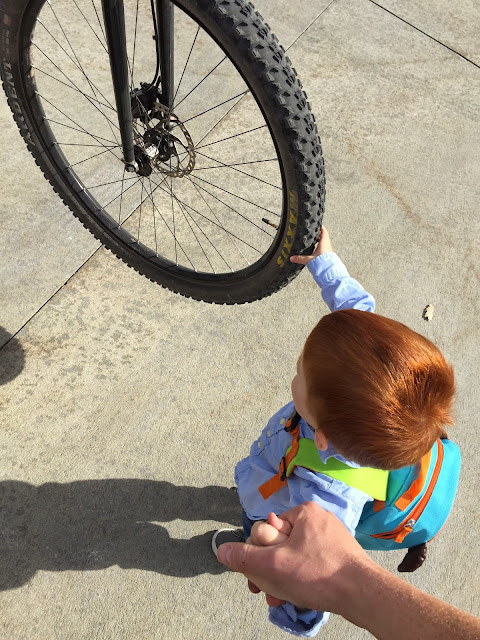 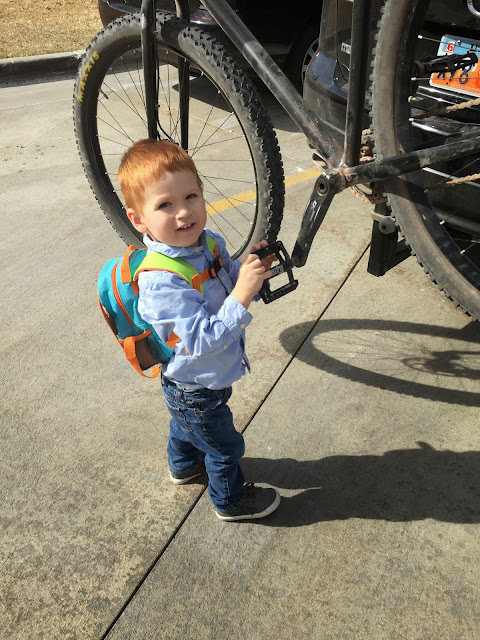 Posted by TheBIkePedalingGinger at 1:54 PM