Finally getting to learn my way around this gem of a park. I decided today would be the day that I put together a loop around the park, little did I know how much hike a bike I would be doing on the southern end of red trail but anytime spent on the dirt is a good time for me. I cranked off on another early morning ride and got a start on the trail just after 6am. It was overcast mostly with hints of blue and maybe sun but it never did show. That was fine since the temperature was pleasant after that heat wave from last week. I headed south on the red trail and hit the end of the park and then the red trail literally rocketed into the sky, it was alot of hike a bike but it was working me out and the views were beautiful despite a junky looking hamden CT..... It took awhile but I did reach the stop where a viewing parking lot is located to give you about 180 degree view to the south. This rock is a pretty neat place being that it's a pretty sharp elevated spine rising just a few miles off the coast. It was a different sight to see the ocean but it was cool and was a welcomed change of scenery. Ok enough viewing that stuff I pedaled some pavement and onto blue hesitantly, which I soon ended up walking some of it was ridable so I proceeded to do so. Once that was over I was sent back to the road where I caught the green trail, pretty uneventful and shooting me back onto pavement. This place has lots of pavement between trails if you like to make it up to the top and make a loop but to me it's actually kind of nice. Rode way down to the end of the park and while I rode on the beat up closed paved road, I enjoyed a few glimpses to the East and West from a good elevation. Once I got about to the end I caught blue and descended back onto the red trail for some mellow single track enjoyment back to the car. Fricken sweet ride, getting to learn these trails little by little, there is not a big maze but it still has some exploring to do for sure.
Now for wednesday:) 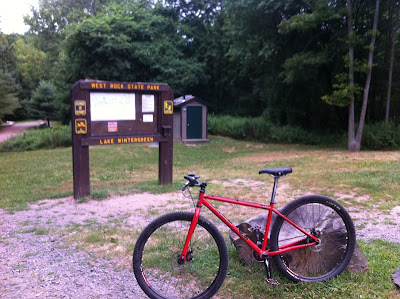 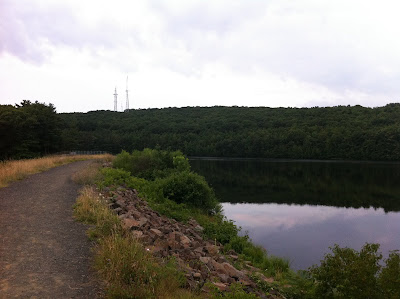 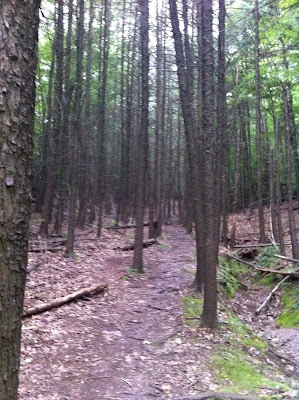 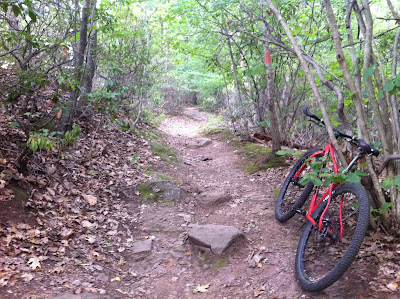 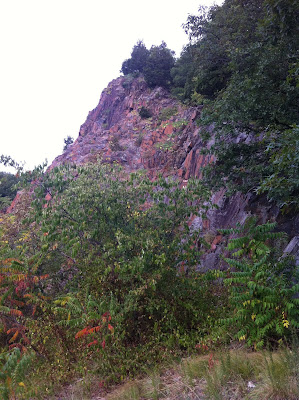 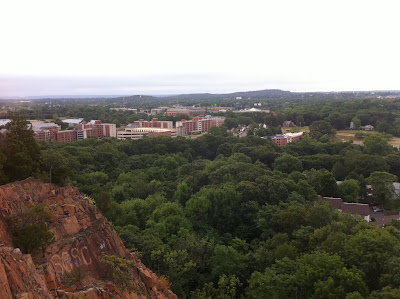 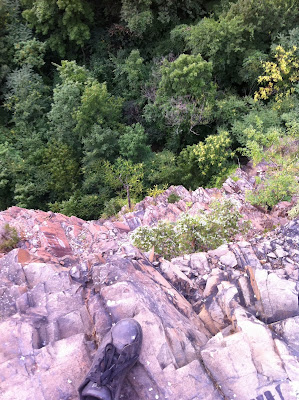 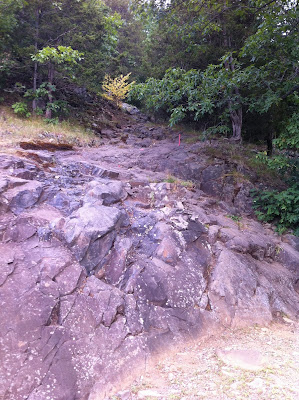 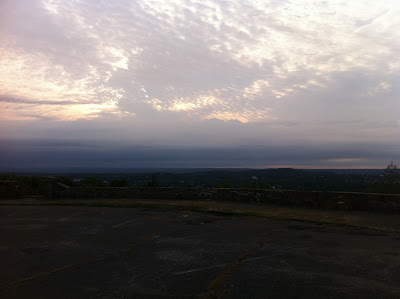 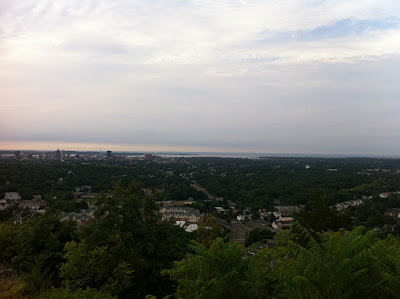 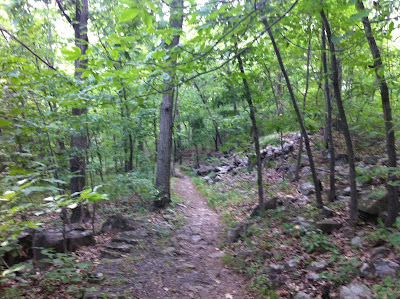 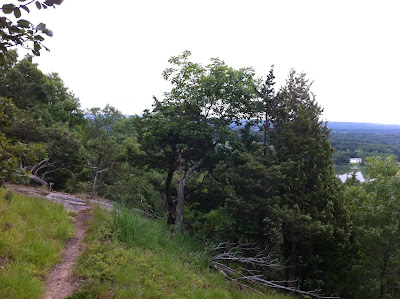 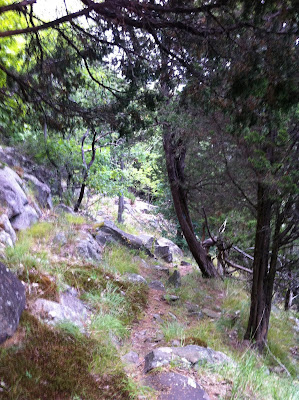 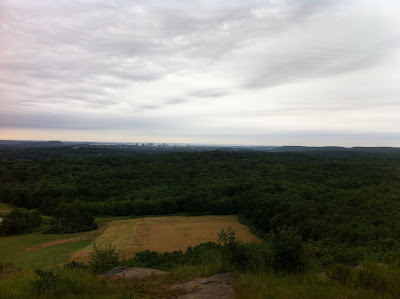 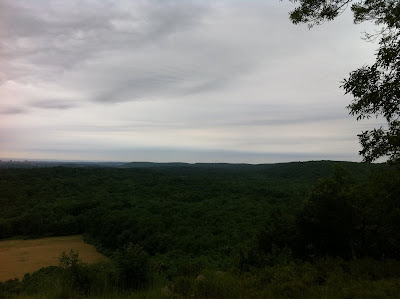 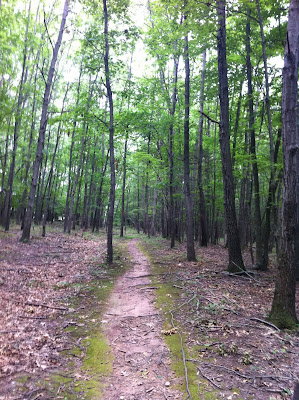 EveryTrail - Find the best Hiking near New Haven, Connecticut
Posted by TheBIkePedalingGinger at 9:57 AM