I love riding afternoon and evening, lately there are more early morning rides and thats just fine, but there is nothing like getting a full nights sleep and riding later in the day. I definitely prefer riding around 7pm but this was around 3pm. The heat kicked up this week and I knew this was going to be warm. The high desert of Salt Lake is odd, there are so many lawns trees and canyons and you can forget you live in a very dry climate despite water access around. On these warmer days, no matter how much water I can drink, I feel a dry scratchy throat and the feeling of needing never ending water despite being well hydrated. I don't remember this being the case some years ago but since we moved back it is always the case. That is why I chew gum almost all rides the entire ride. It keeps my body comfortable for the entire ride instead of the feeling of a very very dry throat.
I was going for a 20 miler, they're not that hard to do around the 2 hour ride length mark so off I went on some corner canyon classic. I went up Clark's and saw a snake, upon further inspection it's till was vibrating, it was a juvenile rattle snake. I hope I never saw a rattler but this year has been my first year spotting them left and right. I guess they were loving the heat since the rain has cleared and there is probably plenty of floor life ruining around doing the same.
Rode right on down Ghost Falls and came quite a few other users on their way up which slowed it down but I was back on the rigid after a month off. My legs were hurting bad, they had no life in them. I was standing and cranking hard but making little progress, I have to get back to riding it since I got out of shape for my single speed. So a ripping run down Ghost and made my way over to climb Ann's. It was relief riding up since this was a little easier on the legs and lungs. I opted for another run on Ghost this one faster but not breaking any personal records. The end of the ride has be climbing just a little for the creek trail, here I found two larger rattle snakes in the trail. Both had rattlers and both young but old enough to have tiny rattlers. Creepy creeper, I kept my distance as they slithered away and I snapped pictures. Had to use some miles over on the pump track at thee end of the ride which was fun, also hit some of the skills courses but made my 20! 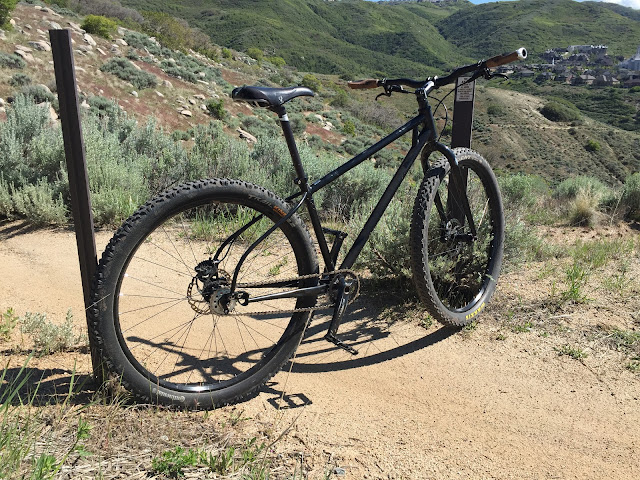 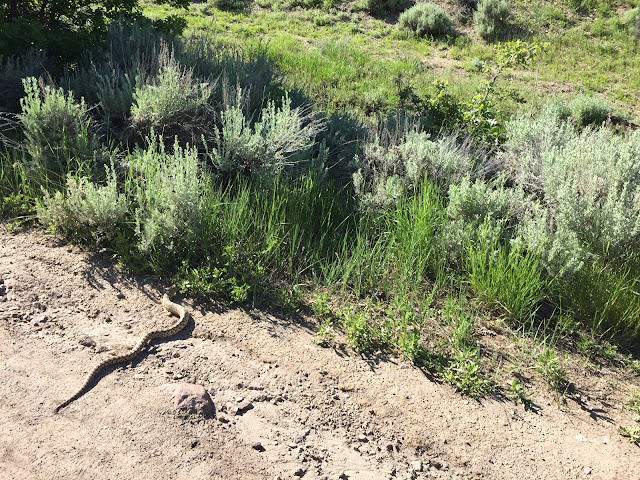 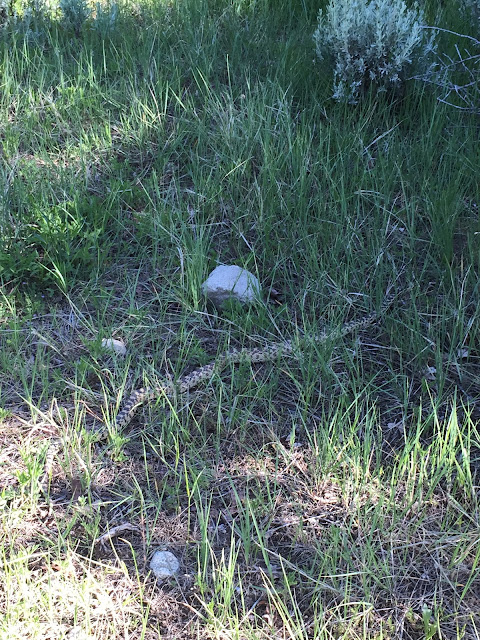 Posted by TheBIkePedalingGinger at 10:14 PM