Into The Blaring Sun

Another great day on two wheels, so I know a person who wanted to go mountain biking so he could make 6:00 he said so I planned on that. With Bentley in hand and him being later we headed for a pre ride. I rode a loop which I had no idea existed right off the line st lot. It was pretty good and very short. Since he was still not present by the time I got back to the lot I then went on another pre ride and by the time I got back he was there. We got pedaling and soon after some hills he realized how out of shape he was and headed back. With the decision to leave or stay I chose stay and pedaled off. A loop came to mind and with the nice temperatures and lingering showers nearby I braved it. It was one heck of a good night and I was on cloud 9 riding out there, life is good! As I cranked hard over to tinti the sun began to glow a bright orange and it became yet another unforgettable ride! I snapped a few pics and tore down Tinti and enjoyed every inch of it. I took another unfamiliar trail that I found out the other day existed and it god really good in the pines then I got on something I had never been on I guess a few more trails exist on the back end of the reservoir. I manged to get to the car right about dark and got home. One good day, one mighty good night 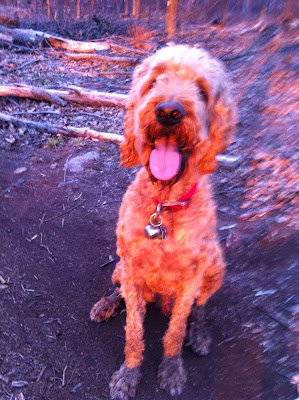 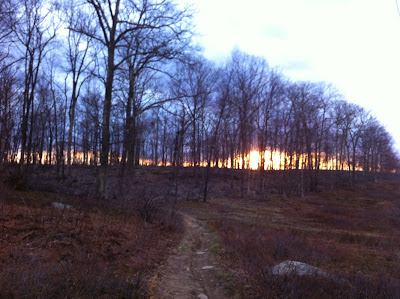 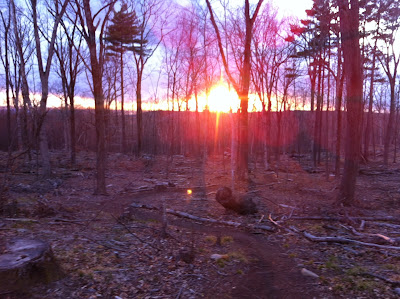 EveryTrail - Find the best Hiking in Connecticut
Posted by TheBIkePedalingGinger at 9:49 AM