So from time to time I loop School House Brook to Mansfield Hollow which is a great fast combo and sections are well fit for good rides without having to cross the road. Also there are a few trails I have been meaning to get to know better in the south end of Brook. I did a little recon studying before the ride on Strava and Google Satellites to try to find new trail. So I set off bravely into the sunset up to Wolf Rock and found myself taking the other way around Wolf Rock and then spotted a little trail before the stream that I rode which was really cool, completely different than the blue trail just on the other side. Filled with pines and rocks it climbed out of the ravine and then I spotted a beat up trail that was blazed with green paint. Soon there was no paint at a fork and I went left and made the right choice as I finally got my bearings and ended up across the stream onto blue. I guess I was always in such a hurry I never noticed the log crossing on my left. Good to know now, I headed down blue to make a loop, as I rode Blue I have always seen two turn offs and once I finished the loop I went into the same loop again and took one of the turns, led me into a horse farm unfortunately, It's too bad because there is very good potential for more trails up by the power lines. I still wanted to explore the other trail but I knew not to push it since I still had limited time and light. On my way crossing the power lines I saw a turn off to the right, sweet this was good burned in trail and can't believe it was another trail my eyes never found. Then I got into the flat fast section I have rode once before and it then grew dark and I turned my light on. At that time it began to rain and a breeze kicked up which threw me into creeped out mode since I am a big baby when it gets dark solo in the woods. Luckily it was just a tiny bit of rain. I questioned whether I was going to handle myself in the creeper woods and was it worth it. The answer was suck it up dude, others can, so I can. It was not too dark yet as I tried to make right trail choices one after the other. I drew some question marks in my head and wanted to ride more of the unknown in between my loop but to be honest I don't think there is all that much worth it there. Back up to Wolf Rock and across the road further down to make it more of a loop, here is where it got fuzzy but I knew white so I climbed it and past the DH trail since I was on SS and not wanting that obviously. I took Oak Ridge and then onto the DH trail on the mellow part of it anyway, then I knew I could hit blue and I could make a good loop. I was pretty relived to have made it to car without being ripped apart by a man bear pig, I wanted to ride more into the North but I got a lucky 90 minutes of good ride so the earlier I got home would be just fine. I rode my Raleigh this ride to ease the Belltown and realized more that it's not half bad, it rode nice, certainly not better than my Belltown though! 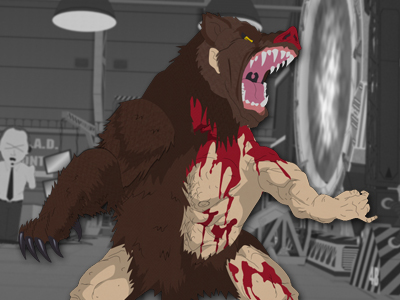 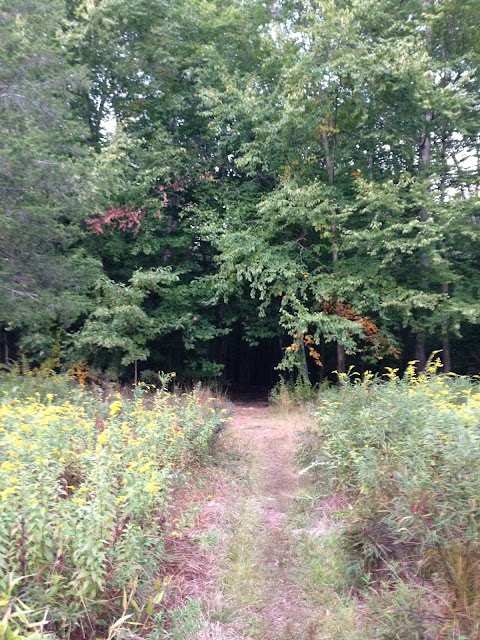 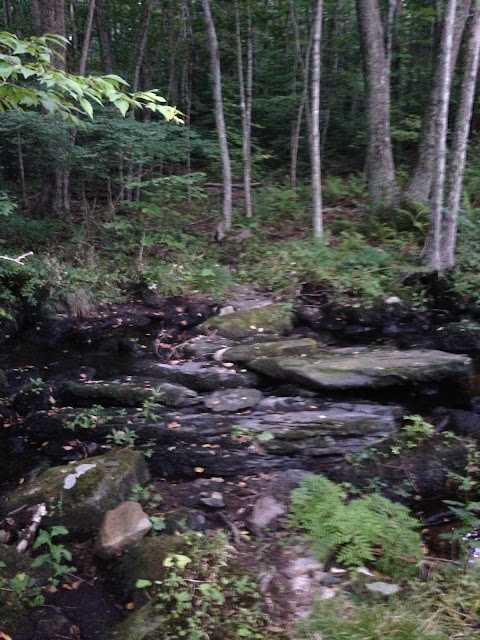 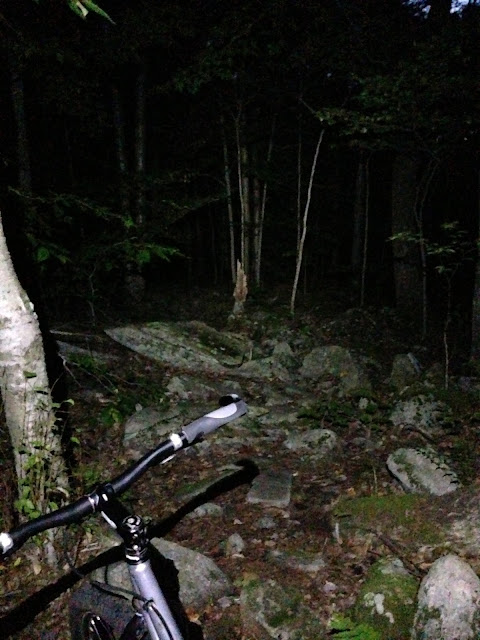 Brook recon at EveryTrail
EveryTrail - Find the best Hiking in Connecticut
Posted by TheBIkePedalingGinger at 9:57 AM