So my little guy came down with a fever Tuesday night, and Wednesday looked no better so I kept him home and we were down for a few days. So I was bummed to miss a Wednesday ride but I had two good ones already, but for some lame reason I was still all itching to ride. With lots of exams coming up for my wife and the kiddo without a nap and an early bed time, I kindly asked if I could go out for an hour and fix myself. I got the green light and off I went into the Dusk of the desert. The sun had already set and I had not much light to work with before the headlamp went on. I rode from the commuter lot to get that speedy fun section in before hitting the network. Really missing my Utah trails lately but still enjoy Arizona riding obviously. A speed run out and had plenty of time to make a nice loop on Hawes to Saguaro to Upper Ridge to Saddle. I forgot how fun Saddle was and got a little intimidated in the dark but got thru it all with ease.
Oh yeah I was rocking my new tires, chain, and tubeless. All felt great except for a few corners where the tire was washing out, had them pretty over inflated since it was the tires first ride and tubeless liquid was still filling in the gaps since setting it up. Have not been fans of ardents but people praise them so I gave them another shot. Might be kicking myself later for not getting Continentals. Things went good and I closed out the loop and headed across the street with not much time left. Instead of doing out and back I added in a paved section thru a neighborhood once I ran out of trail. Back on fast dirt in no time and it was just a short spin by a homeless person settling into his camp for the night. I would hate to sleep in a bush with all those snakes lurking around but oh well. Good warm up for the next days adventure. 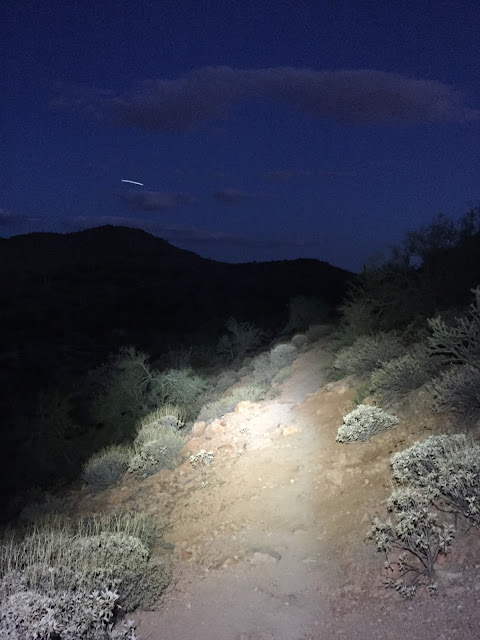 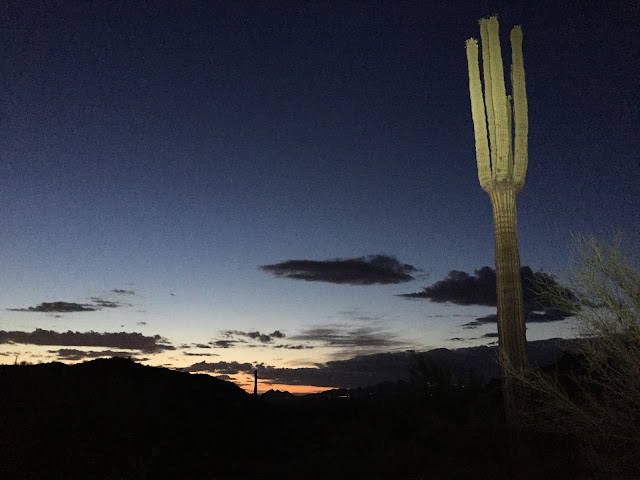 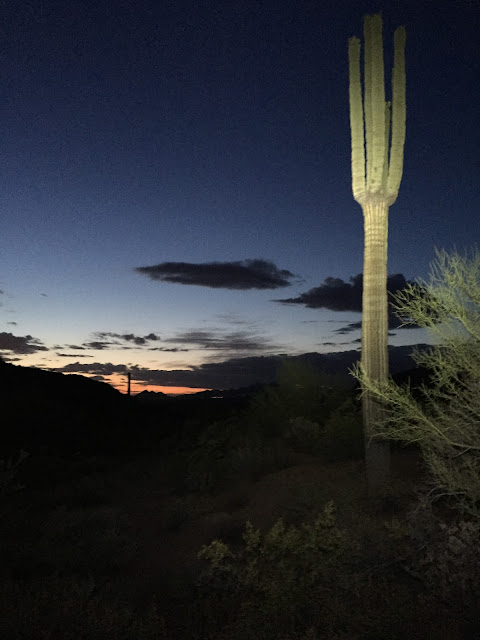 Posted by TheBIkePedalingGinger at 12:28 AM