Finding myself really abusing some light pedaling areas, riding from the 202 commuter lot is no exception. Just roll on by some homeless camps and a fast 2 mile ride into the network. I went out on another fast stretch and took a turn off the normal loop which lead to a series of trail forks. I mean many many trail forks, I linked and made many decisions as best i could but I definitely need to get back to figure it out more. There really is some cramped stuff in there, I think an amateur trail builder went nuts to be honest. Thats fine really, I'm not the one to do it and new stuff is always fun. Really mixed bag of little trails, I actually found the train quite different considering how much I have rode nearby. I got pretty adventurous and ended up on a funky offload trail that lead to a pretty big rocky drop into a wash. It was pretty long, longer than any other I have found yet, this was a total gem! I cleaned it and took the pic from the bottom.
A bit of confusion after the wash but I made it back to familiar trail and headed into the Hawes system for a normal route. By then I was worn, I put a lot of leg into the other night, with mellow trails I was spinning as to standing up and mashing slow climbs like I've done for years. I got a call from Landon's school and my heart stopped. They left a voicemail to have me call them. With shady signal I got the call thru and found out they had an fire drill last school and Landon had raised bumps that might look like allergic reaction. I knew they were mosquito bites from the day before so all was well after talking with them thank goodness. That was my cue and headed for the car. Solid start to the week with 50 miles and 4 rides. I should get one more in there and can't wait, almost a month till Utah! 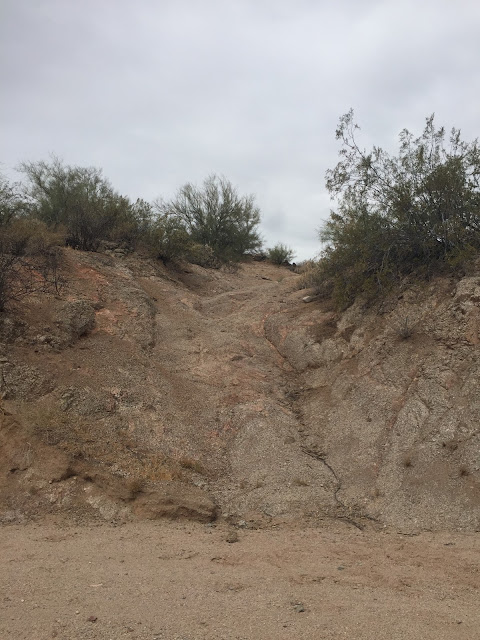 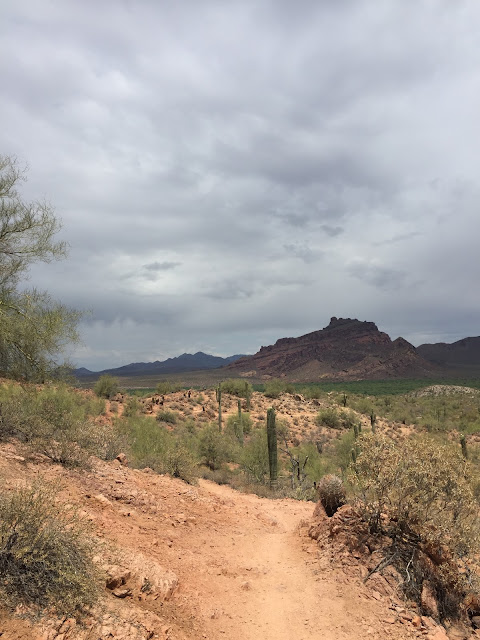 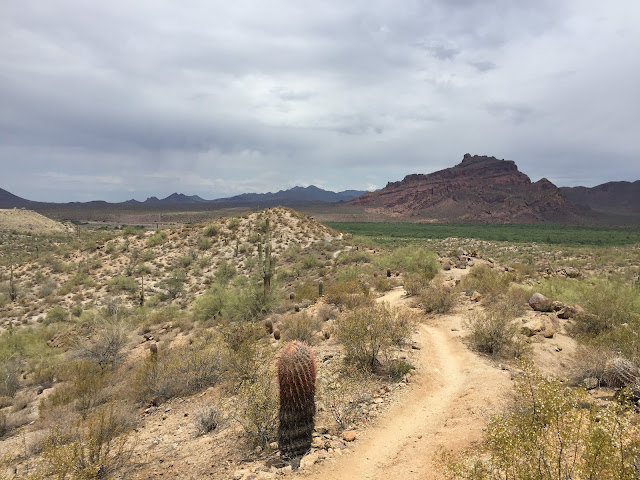 Posted by TheBIkePedalingGinger at 5:15 PM