So time has been of the essence and unfortunately the massive ride I had planned was not going to happen, this trip anyway. LuAnn went to Salt Lake to visit a friend So I naturally took off for a ride. The destination was Heber, it't a little city that lies south of Park City up in the mountains. This was only my second ride of the trip so I had to make it count! I read on Utahmnountainbiking.com about this new loop that was built and it seemed like something different. As I left the trailhead with sore legs from the hike the day before, they quickly loosened up and put out the steam I needed. I started on an empty belly from the beginning which was a bad idea but had some energy packets to hopefully get me through. The loop was 22 miles with 2900ft of climbing so I was in for a pretty good pedal. I had a decision to make which was clockwise or counter, I went with clockwise and really glad I did. The trail was lined with menacing cactus and I was terrified of hitting one and having to change a tube and pull out thorns. The trail was probably 6,000 ft elevation so I was really surprised to find such a dry cactus filled trail but oh well. The trail climbed very well for what elevation needed to be gained. It took a long time to reach some shade and was nice since the trail was pretty exposed and was getting pretty boring to be honest. I was fearing I made the wrong choice for this ride but kept telling myself it was something new which it was, only being finished just months ago. It was really choppy in some areas, a bobcat cut 90% of the trail and plenty of roots were exposed and it will take some time to shape in but no big deal. I finally reached some aspen groves and welcomed the change in view, I now was pretty high above Jordanelle and was finally making ground. Now I was halfway around the mountain and still climbing mostly on buff trail. I soon reached some switchbacks where I descended finally! This was a pretty fast downhill that was nice and steep but very choppy and lacked rollers to catch some air. I descended for a long time and it felt so good as I was low on energy and worried about my finishing time. Eventually after a tremendous amount of downhill I was back climbing on a comfortable grade until I closed the loop and rode down to the car. I was pretty happy with the ride despite it was not as good as others but a good change I suppose. Turns out I did 22.64 miles in just under 3 hours, not a bad clip for a beater like me. I headed home and found out LuAnn was going to be in Salt Lake a little longer so I hit another brand new spot called Provo Canyon race loop. 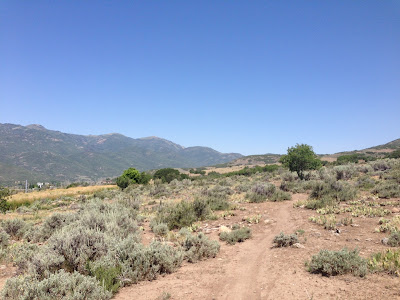 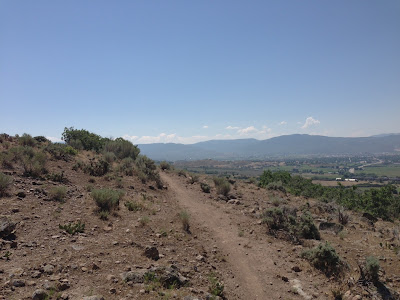 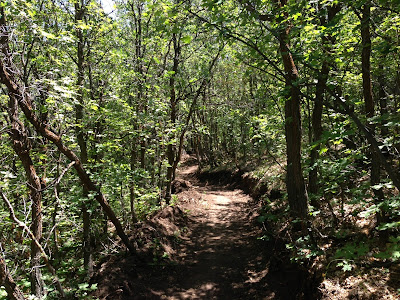 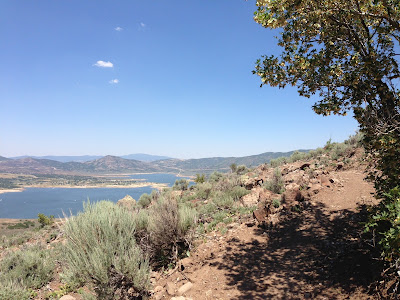 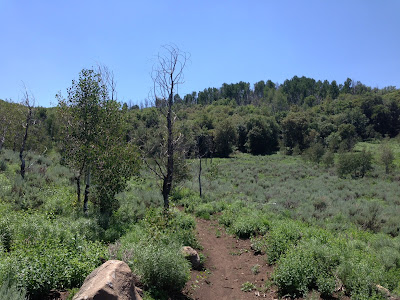 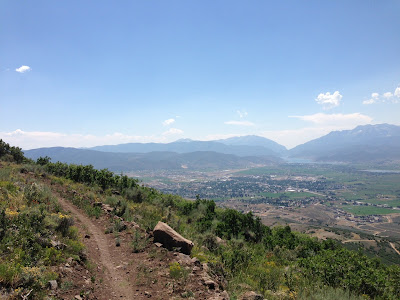 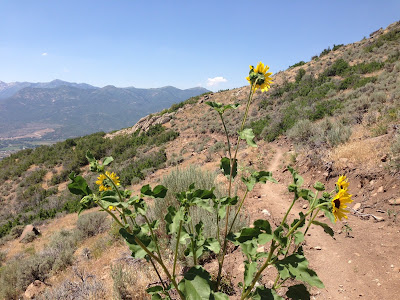