I did a bit of research and learned about some trails above the small Provo race loop. I had little interest in the race loop since it was small and I like big loops. I had just finished my Coyote Canyon ride and this one was right on the way home so I could ride until I was out of time. It started up a stupid steep gravel road that sucked but I somehow had the leg to get up it where I ran into a maze of forks and tried to pick the best uphill route. Playing roulette I evidently lost and ended up hiking and finding a cool line skirting a cliff that I was able to pedal most of. I was still really lost but kept at it and ended up find another trail above the race loop but it was still stiff climbing that had me hiking. I took a bad fork and ended up on a bushy thick trail which did lead to a really rocky steep trail that was ok. So far I had not been impressed nor was I going to be. I was way confused where I came out and took a road near where I was earlier and dropped into the race trails and to the car where I was pissed at how much that ride sucked. Still happy to put down 30+ miles that day riding on new trails but not the fun alpine adventures I look for. I am sad to be staying in Utah Valley I wish I was in the SLC valley where my favorite rides are. The closest rides are 45 minutes away and the best are hour+ which sucks when I am trying to be around as much as possible. The Corner Canyon ride was good but I don't think this trip I will have the time to do the rides I really want to do since they take up such a large amount of time and that is ok. I will be back next summer perhaps for good we think. 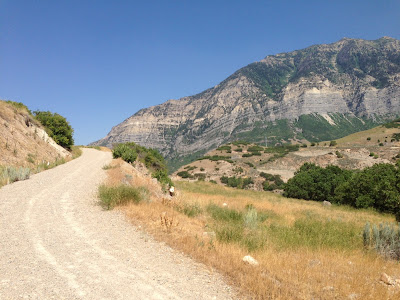 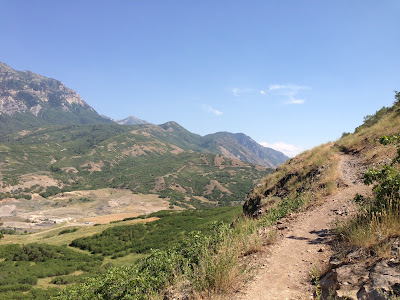 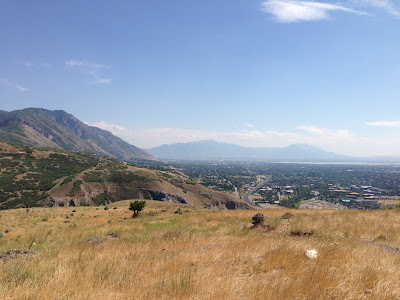 Race loop above 1st attempt at EveryTrail
EveryTrail - Find the best Hiking near Orem, Utah
Posted by TheBIkePedalingGinger at 10:23 PM