Back on me bike Ct style

So we arrived back to CT Thursday night on a cool rainy evening and after a tough flight I was tremendously relieved to be heading home in the car after a 12 hour voyage. I Passed on riding the next few days so I could be around and get things back in working order so Monday was set to be the day. I must admit I was mildly excited to ride some untamed technical CT trail. I will hands down take Utah riding but it does certainly lack technical. Ok so the plan was to ride Mansfield Hollow and do the standard big loop and add in the little extra piece. Monday was hot and humid, nothing far from ordinary for a CT summer, what I did not expect was a swarm of mosquitoes to molest me as soon as I exited the vehicle. After some cursing and removing my bike I made the choice that I was just going to have to ride fast enough. Sure enough they let off as soon as I began to pedal. I was pleasantly greeted by a massive down tree in the trail, it was just in the right spot so I would get around it and then find trail and come to find out after 100ft it's the wrong trail. Back track to the trail and manage to wedge the tire and eject over the bars beautifully but ultra pissed it happened in the first place, lower than normal psi in tires.... 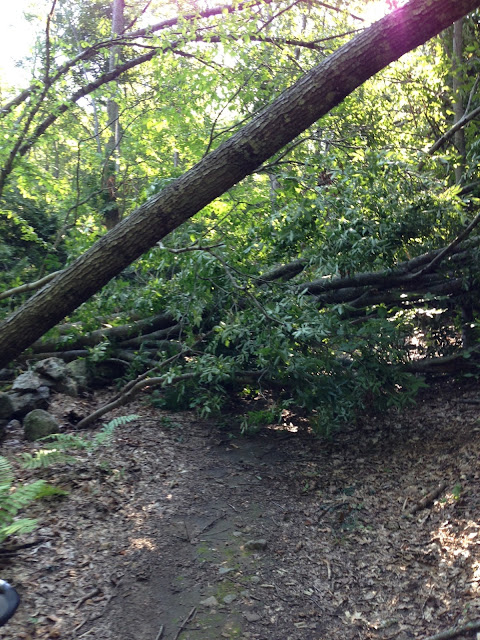 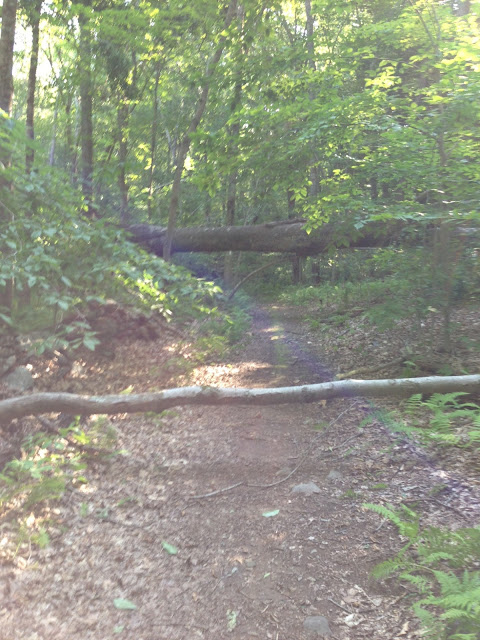 Ok back on the trail I need and start pedaling only to have to maneuver around 3 more big downed trees in the first few minutes of the ride. I guess this might have been part of the tornado's path a few weeks ago. Surprisingly once I passed those suckers I was clear the rest of the ride, was pretty scurred it was going to set the tone of the ride. Finally making ground over Wolf rock and over to Mansfield Hollow. I stopped at the soccer fields and caught a wonderful lighting from a nearby storm and I had to stop and snap a pic. 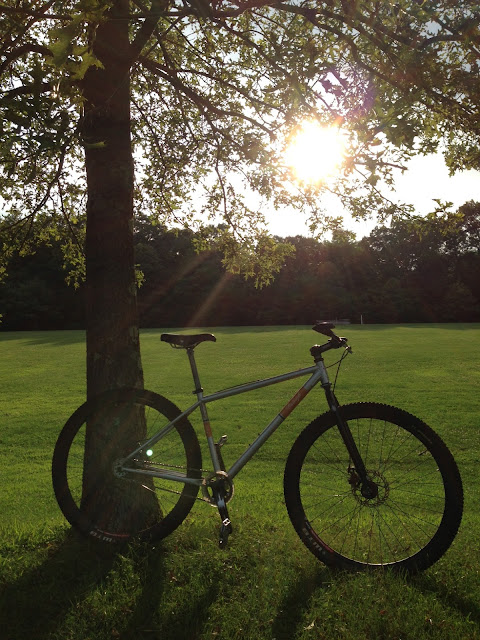 I Caught some brush on some grown in sections and irritated the crap out of my skin as the brush normally does. Up Stoned hill and by then I was running on empty, very surprising how much CT trails can suck out your energy. I made it up that mother and across the road and a fast stroll to the car where as soon as I loaded up the bike I was swarmed once again by the bugs and I cowardly ran into the car where they continued their assault on the drivers window. I felt ok about this ride, I did leave my heart on the Utah trails as to be expected. I still have so many rides to do there, me and the lady have been talking and it looks like we are planning to move mid July next year and I cannot wait! In the mean time LuAnn is off from school for only three more weeks so we will enjoy our short amount of time before I go back on full time Landon duty. So riding is at the end of the agenda but it will happen! Enjoy your summer fools School house unwelcomed home at EveryTrail
EveryTrail - Find the best Hiking in Connecticut
Posted by TheBIkePedalingGinger at 2:24 PM