We arrived Sunday into Salt Lake after a long morning of flying, our day started at 3:00am and we made a extremely smooth adventure with the 8 month old. I was so stoked as I drove through the Salt Lake Valley in anticipation to finally have some alone time and eating at all our favorite spots and oh yeah eventually pedaling the trails. After we settled in Sunday it was a super long day and Landon was outstanding the whole day taking it in stride. I set my bike up that night from being shipped from CT and was having a hard time getting the rear gears to tune. I guess I am not so fantastic after all. So monday I stopped at a shop and got a cold shoulder vibe from those fools so I dipped and decided after test riding I was going to ride Tuesday on my mechanics. I was all set to ride with my good homie Brent at 8:30 in Draper Utah. The ride location is known as Corner Canyon which sits at the end of the Salt Lake Valley on a ridge that divides it from Utah Valley to the south. I always loved this ride location since every visit it seems to get better. I had some time to kill since my friend was running late so I checked out the bike skills park. It was smallish and offered a pumptrack and three different level short flow trails. Easiest was a joke, medium was pretty fun but had awkward flow and hard had some good gaps and a wall ride but I was not hitting it since I had alot of trail to ride and did not feel like injuring myself since I could never forgive it if it happened 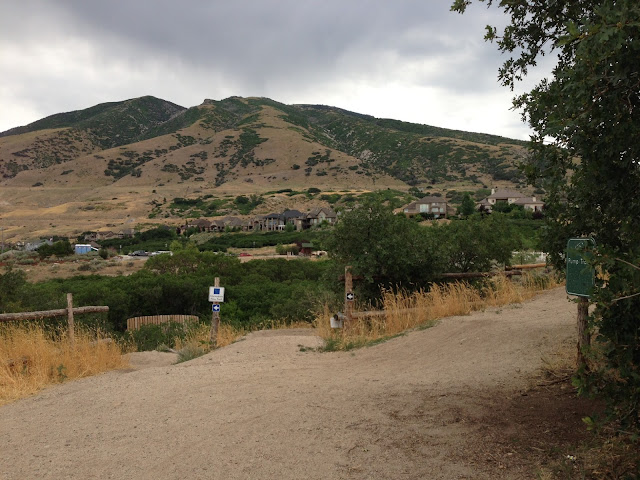 A About 30 minutes of screwing around I took off a known trail for a short stint and then back to the parking lot to meet my homie. I had a new loop in mind that would be a lot of climbing and two new trails I had not ridden yet. We got cracking just short of 9am and dayum it felt amazing to be be riding my home trails again. We rode up the shoreline trail and did quite easily, despite a minor elevation at 4600ft starting elevation I was right at home going up hill. Things are super buff here, my legs were working differently since I spent so much time sitting on my butt versus powering up every climb out east. Made our way over to Ann's trail which took more effort than I expected but once we were on Ann's things were wide and moderate climbing. The views opened up as we climbed upwards and it was stunning. Luckily we got a little rain right before we rode so the moon dust was minimal and it was cloudy which made it tremendously more comfortable. It was pretty awesome to be riding with my good friend, we use to ride here and there when I live in Salt Lake and we have good memories. He has been riding more this year when he could and was doing just fine keeping a good pace with me. 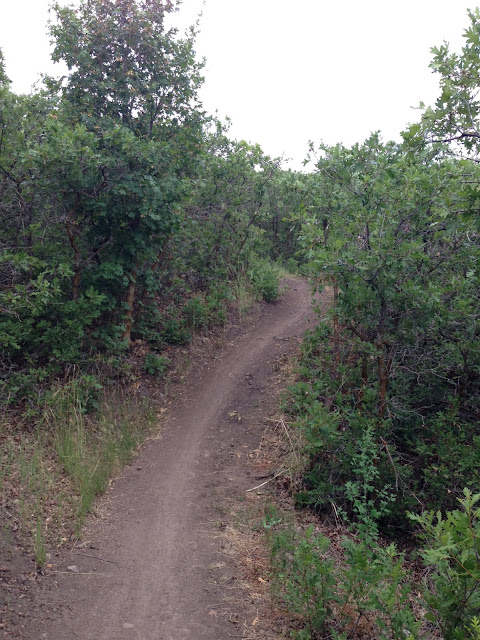 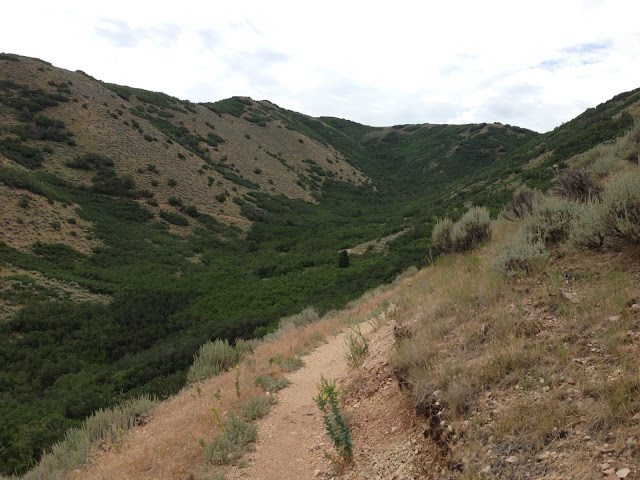 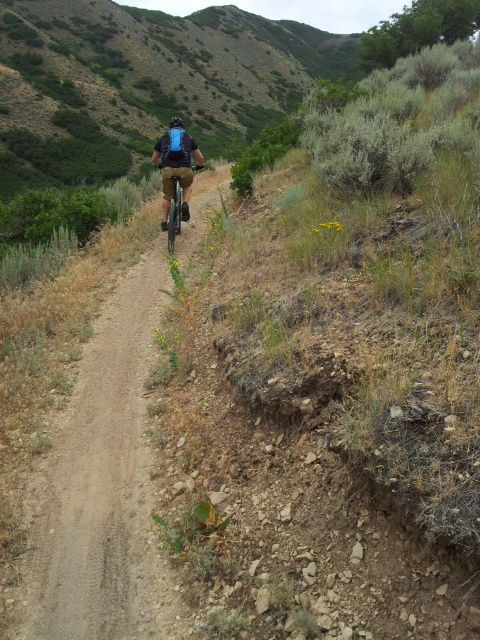 We climbed out of Ann's and into Maple Hollow Canyon and views opened up even more to the Salt Lake Valley floor, offering inspiring views of joyous glory. By now we had been climbing a really long time, we took a few breather breaks since this was a minor social ride. We hopped on a trail i have not rode which sent us up to the top of the trailhead, it was hard not to drop into the Maple Hollow Downhill trail filled with flawy fun and kickers. But on a mission we found Eagle Crest Trail which was narrow and skirted the nice homes on top of the ridge. There was still a little more climbing surprisingly. Soon we were on a steady nice roll down to pavement where we crossed onto double track. 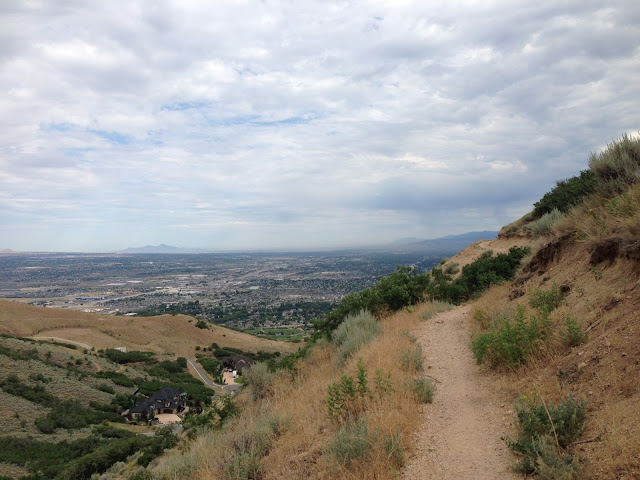 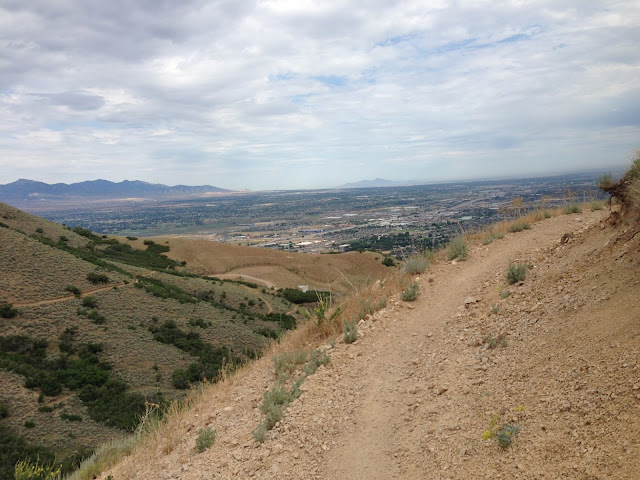 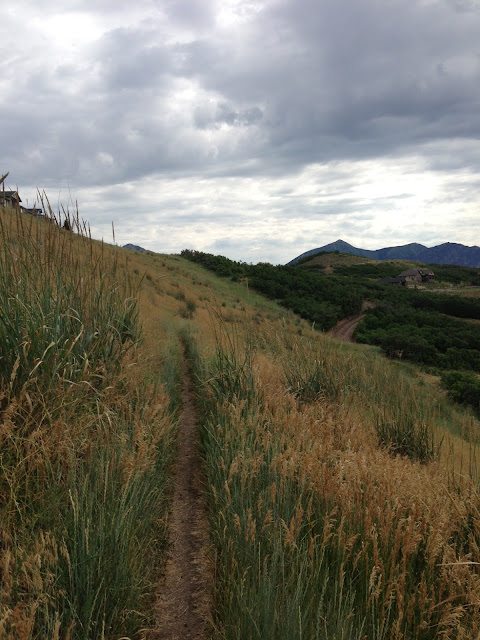 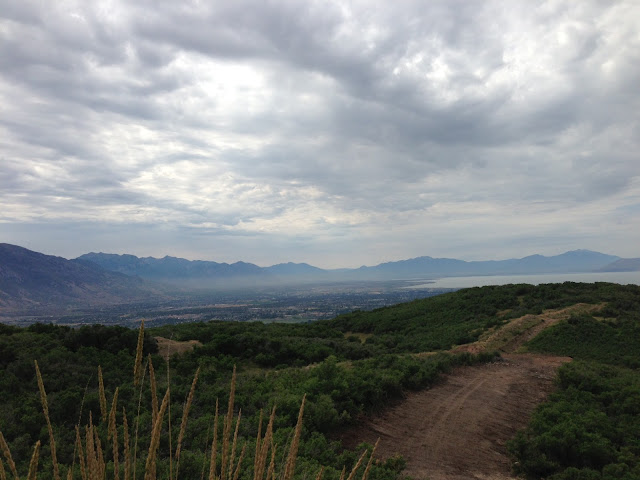 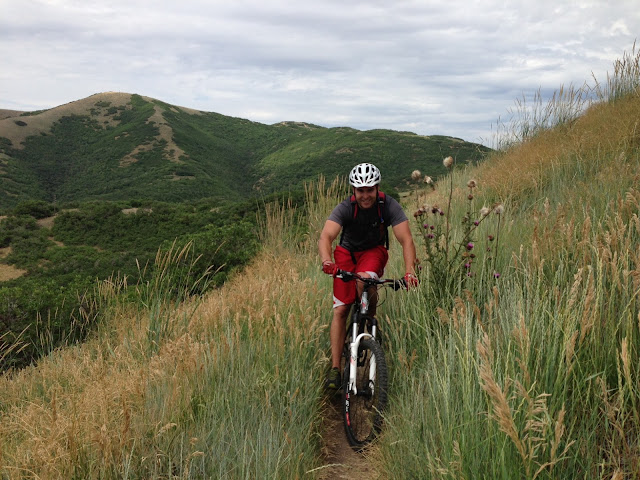 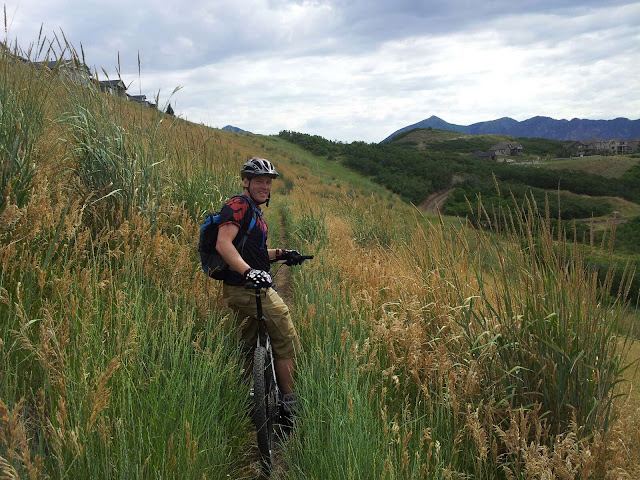 We rode double track for awhile up to the top of Jacob's ladder, Brent was feeling the hurt I was putting him through and luckily he chose to steam on so we could reach Jacob's ladder where we plunged a steep loose and fun descent. From the top it is over 20 minutes of not pedaling down a 2,000 ft descent. Ghost falls trail was so ridiculously fun as it always was and a huge smile struck my ugly mug as Brent tried to chase me down. In a bit of a time crunch we straight shot it to the car and Brent was off. 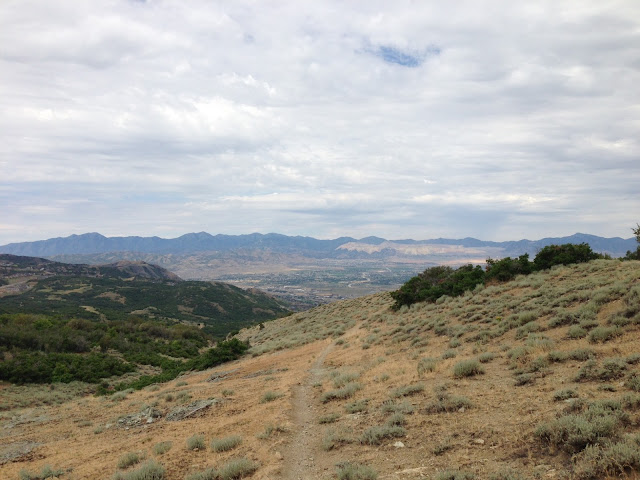 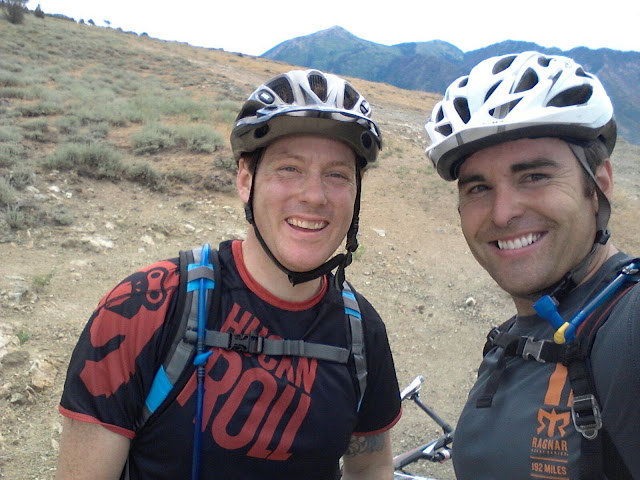 After 4 hours of riding I went back up the mountain just one more time and rode up Clarks and then down the Flow trail. Finally this trail actually flows with lots of doubles and greatness. By then I had rode a good 25 miles and could call it a day after a good trail day. Such an amazing morning ride spent with good company, can;t wait until the next one, maybe tomorrow Am but definitely Friday will be another big ride. Oh yea, snapped a spoke and needed a tune, I called a mobile repair bike man, yes it does exist in this spectacular state! I made an appointment and 30 minutes after I got home a knock on my door and 40$ I had a bike all ready to go and ready to rock! Really nice guy and was so interested in his little business. Could not get any better, never left the house. Suck It CT! 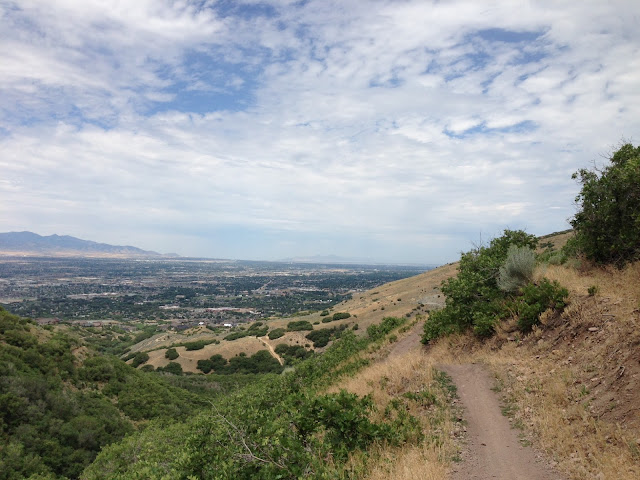 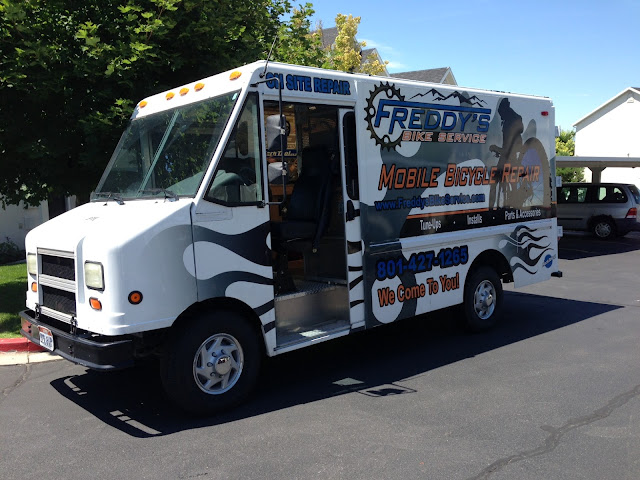 Warm up to epic corner canyon at EveryTrail
EveryTrail - Find the best Hiking in Utah
Posted by TheBIkePedalingGinger at 11:04 PM