Night of the snow ride

I was so happy this ride had come together, it all started when Pat asked right before I was about to ask him, if I wanted to ride Thursday night. As usual I said heck yea and since Paul was in town I threw it by him too. By the end of Wednesday we were set to ride the next night. The temperatures have been pretty chilly with lows in the 20's lately so I was a little nervous since this was my first real winter night ride of the year. But when it came close to 6:00 Thursday night I knew at least four of us were going to show up and see how conditions were. The ride from the house was a little chilly but when I arrived it surprisingly felt pretty decent out. To my surprise we had 3 other joining us so we were rolling 7 deep. It was different to see everyone all tucked away in their masks and jackets but we all were sharing the same passionate decision we made that night which was to ride in good company. We started off on the normal route which crossed a few iced over ponds which made for some early ride trickery and then some huge ruts and then we hit single track. Man It was pretty good considering, the first trail was a 50/50 mix of packed snow and frozen dirt. It was a bit tricky on trail with the snow since going down the middle was someone track from the afternoon or day before so it was slick around it but off to the sides it was great! I was having a blast and very surprised how good it was out there and I was having a good old time. I was sweating up a storm in just a rain jacket and a t shirt, I had no idea how those guys were wearing so much gear. A few slick spots were here and there but for the most part it was in good shape. On the way out to the furthest end of Hale, things started to get ugly, snow was coming in sideways and things began to get slick, for me I was loving it, the snow made it really awesome and the challenge it was making was welcomed since it kept you on your toes and work harder. Derek took a spill on a rock covered entirely in ice which I was already on but luckily I spotted him down and was able to dismount on the ice rock and warn the guys behind me. I attempted the log ride but after two tries I was unsuccessful due to how slippery it was. Going downhill from there became very tricky, I had to keep by head down so my visor would deflect most the snow, it was tricky but fun. By now we began to climb and I was regretting it since the ride was coming to an end soon but I wanted much much more riding. We hit the cars and talked for a few and then I headed home. Riding home on the street I could see how slick the roads were getting but it was another fun part of the story. I got home and inside and it felt nice, my gear was soaked in sweat to my surprise, mighty fine night's ride, can't wait for the next!
First ride of the new year by the way, one hell of a way to start it off. 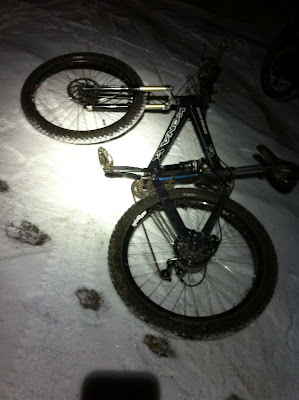 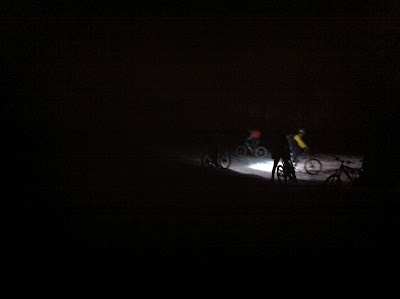 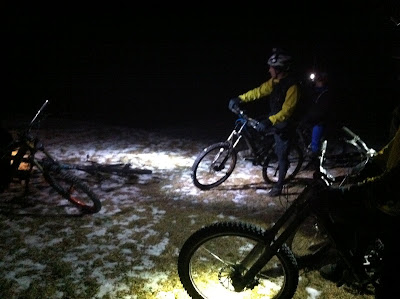 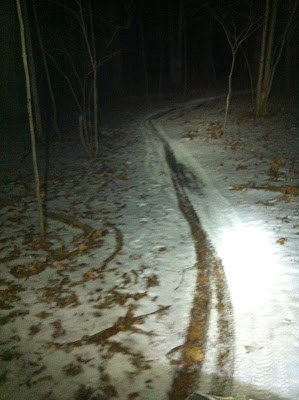 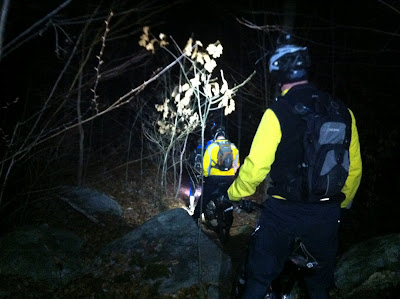 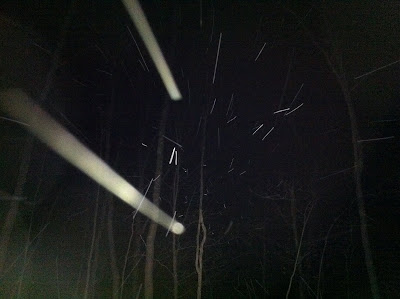 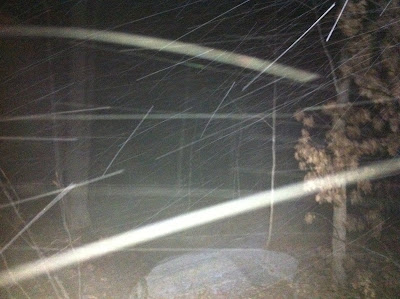 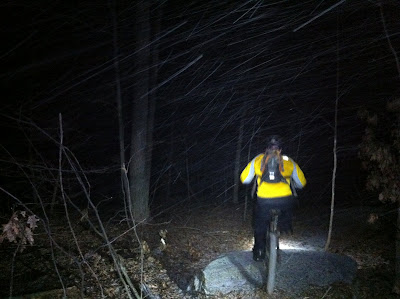 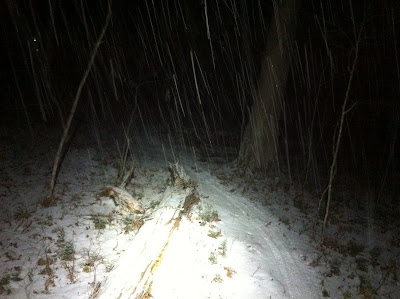 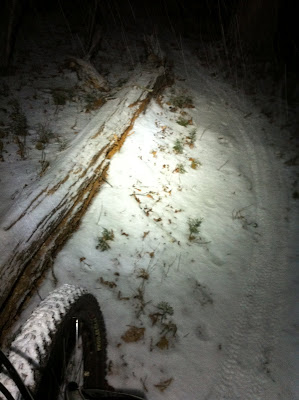 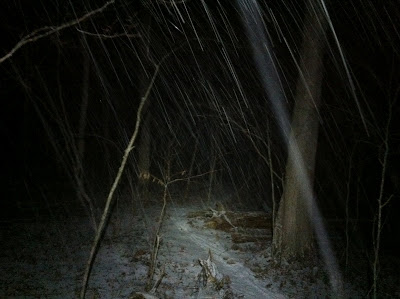 Posted by TheBIkePedalingGinger at 11:34 AM